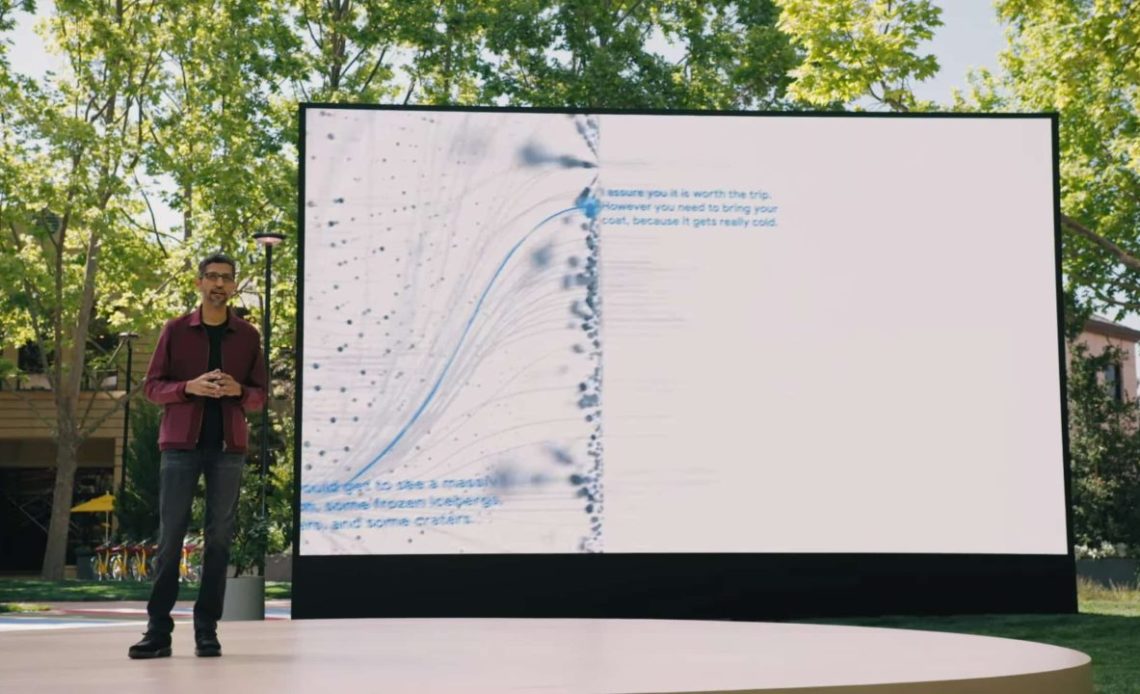 For the past year or so, generative AI has been all the rage within the tech community. ChatGPT from startup OpenAI has received a lot of attention for how it can respond to questions, though there are critical failings in terms of accuracy. Google executives internally addressed ChatGPT recently and touched on what the company is doing in the space.

According to CNBC, Google executives were asked about ChatGPT during a recent all-hands meeting. Employees were particularly concerned about the company lagging behind, especially as it has similar language technology available internally.

Some in the industry have been quick to say that AI chat could replace Google Search as ChatGPT can already answer questions conversationally and directly. People making this argument believe that it provides a better experience than Google just surfacing links to where answers can be found or, at best, having Featured Snippets at the top of the result page.

The AI “can make stuff up,” Dean said. “If they’re not really sure about something, they’ll just tell you, you know elephants are the animals that lay the largest eggs or whatever,” he said with a laugh.

Meanwhile, CEO Sundar Pichai said AI chat is an “area where we need to be bold and responsible so we have to balance that,” and pointed to 2023 plans:

Pichai said that 2023 will mark a “point of inflection” for the way AI is used for conversations and in search.

At the moment, Google has LaMDA (Language Model for Dialogue Applications), which it announced in May 2021, and can “engage in a free-flowing way about a seemingly endless number of topics.” It made that technology public in a limited manner with its AI Test Kitchen app. The three specific demos are much more limited than ChatGPT, which can offer wide-ranging conversations. At the time, Google said this technology “could unlock more natural ways of interacting with technology and entirely new categories of helpful applications.”