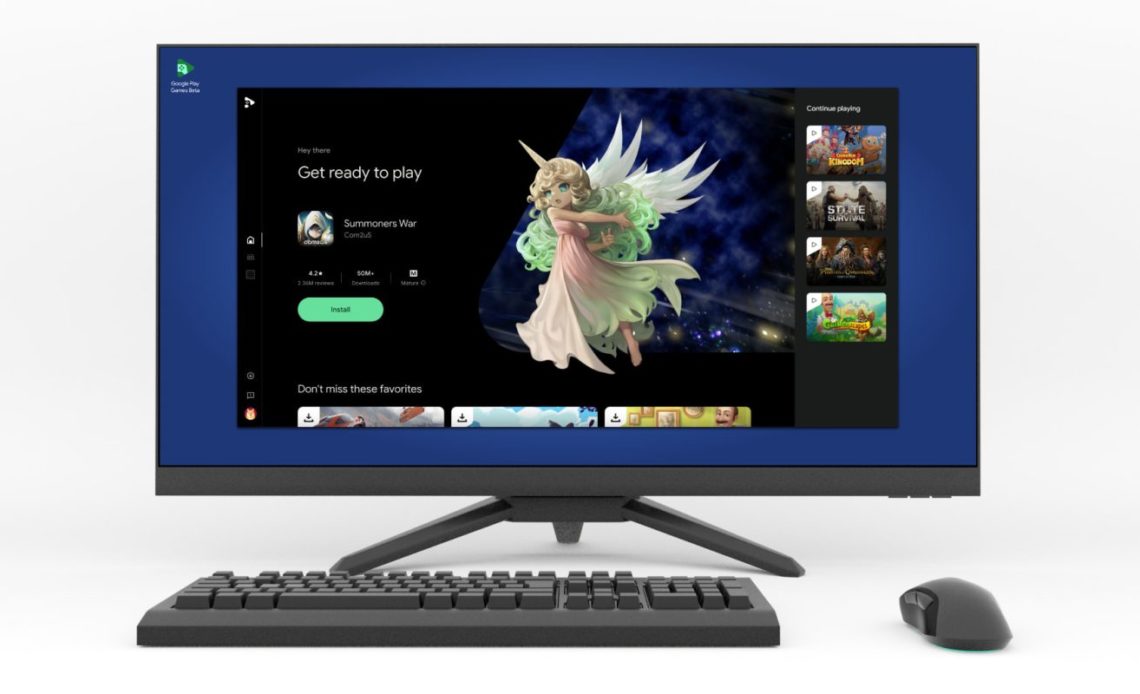 During The Game Awards last December, Google teased that it was bringing Android titles to Windows desktops. The Google Play Games PC beta is now launching in the US, Canada, and Mexico, as well as five other countries.

Before today, this preview has been available in Australia, Hong Kong, South Korea, Taiwan, and Thailand. The beta is now launching in Brazil, Canada, Indonesia, Malaysia, Mexico, Philippines, Singapore, and the United States.

There’s no waitlist, and you can download immediately in those 13 countries. Worldwide, over 85 Android games are available through the Windows app that Google built. This is up from 50 in August when Google also lowered the hardware specs requirement to more mid-range PCs. You need a 4-core CPU, 8GB of RAM, 10GB of free SSD space, Intel UHD Graphics 630 or comparable, and at least Windows 10 (v2004).

In the last few months, our Google Play Games catalog growth has been accelerating with many popular mobile titles including 1945 Air Force, Blade Idle, Cookie Run: Kingdom, and Evony: The King’s Return.

In terms of initial reception, Google says “players participating in the beta have expressed excitement at being able to seamlessly play their favorite games across their phones, tablets, Chromebooks and PCs.” No usage figures have been shared so far, but it did lead to the lower specs requirement.

Ahead of the “full release,” Google is working on adding new features, and will “evaluate developer and player feedback.” If you’re in one of those 13 countries, you can download the Play Games for PC app here.