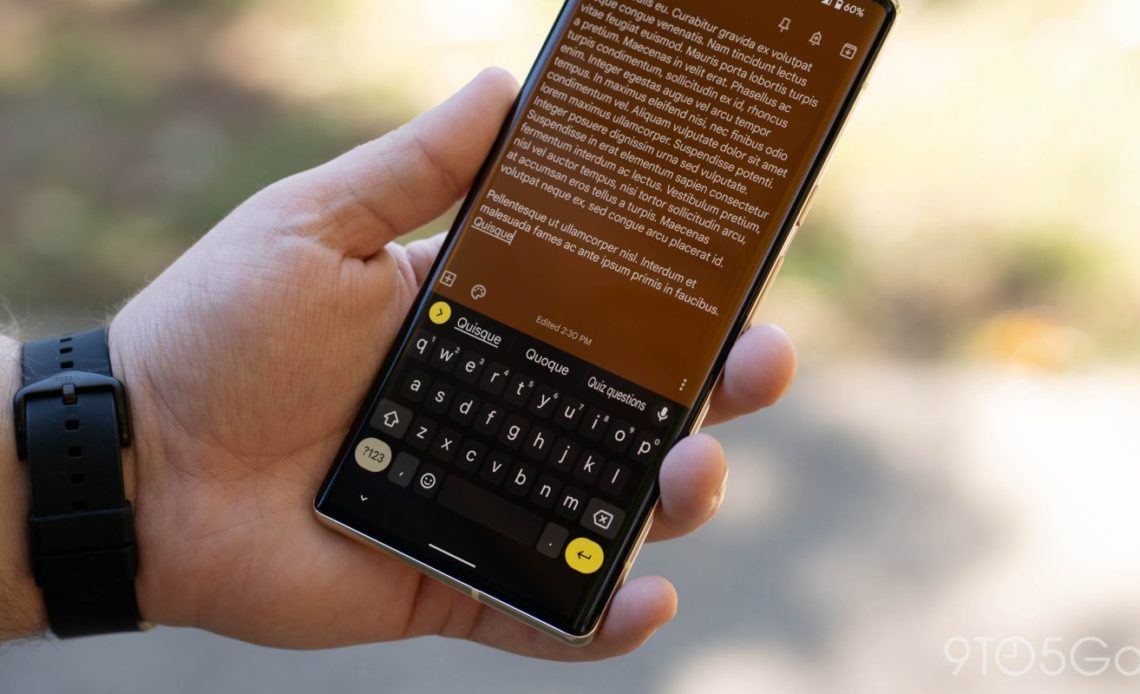 Google launched its Android, iOS, and web note-taking app in March of 2013. Now, over nine years later, Google Keep is about to add text formatting that will let you bold, italicize, and underline text.

Update 6/14: Over a month later, text formatting is not yet live (or even announced), but Google Keep for Android (version 5.22.222.01) is also working on letting you adjust font sizes. Users will just have three options: small, medium, or large. There won’t be a numerical picker, but it’s definitely better than having nothing.

Version 5.22.182.00 of Google Keep for Android today reveals work on toggling (turning on) bold, italic, and underline formatting. Icons for each style were added to the app with this release and are pretty standard for Google. They match the ones used by Docs, Sheets, and Slides.

You’ll be able to “Show formatting controls” as well as “Clear formatting.” Since its inception, Google Keep has only offered plain text in the body for a note. While this resulted in a simpler application, especially when pasting into the app, it made emphasizing key points (all caps served as a manual workaround) in a note difficult.

Sideloading the latest update of Google Keep does not enable text formatting today, with the capability likely rolling out via a server-side update. Version 5.22.182.00 is not yet widely rolled out via the Play Store. Google will presumably have to update Keep on iOS and keep.google.com to ensure consistency across all your devices.

Kyle Bradshaw and Dylan Roussel contributed to this post