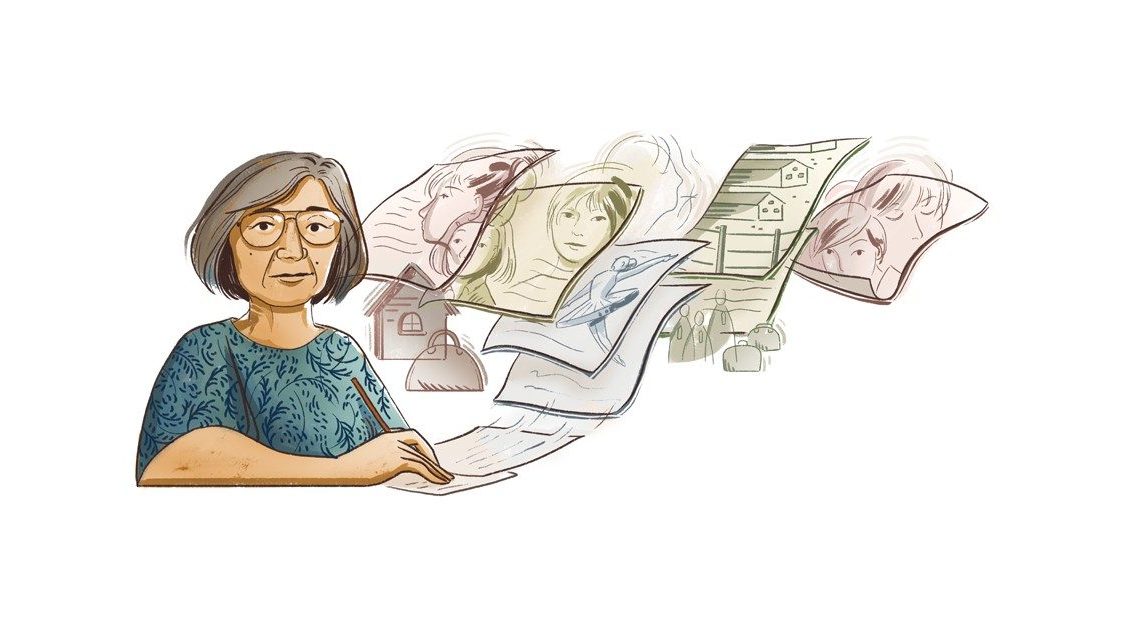 Hisaye Yamamoto was born on August 23, 1921, as the daughter of two Japanese immigrants, and part of a growing population of Japanese-Americans known as the “Nisei,” which loosely translates to “second generation.” Early in life, Yamamoto found a love for writing in the English language, and by her teens had found some success as a journalist for a local newspaper.

Following the events of Pearl Harbor, Hisaye Yamamoto and her family were forcibly moved to an internment camp. During this period, Yamamoto worked for the camp newspaper, the Poston Chronicle, where she published short stories such as the murder mystery Death Rides the Rails to Poston. Amid this already oppressive time in her life, Hisaye’s younger brother, John Yamamoto, was killed while fighting for the United States.

When the war was finally over, Yamamoto briefly worked for the Los Angeles Tribune as a columnist exploring racial issues and injustice nationwide. The subjects of Yamamoto’s work, such as life in the internment camp and overcoming adversity, particularly resonated with other members of the Nisei generation who also faced internment and sought an expression of freedom.

Despite the ongoing anti-Japanese tensions in America after World War II, Hisaye Yamamoto once again overcame adversity by having her work enjoyed by readers of all audiences, becoming one of the first Japanese-American authors to become nationally recognized in the post-war period.

If you want to hear her story put in her own words, Google Arts & Culture teamed up with the American Writers Museum to offer a visual and audio exhibit exploring Hisaye Yamamoto’s life and works both as an author and as a journalist advocating for racial equality. In this exhibit, you’ll find audio clips from interviews with Yamamoto herself.

Today’s Doodle honoring Hisaye Yamamoto features illustrations of characters from some of her stories, flowing out of the pages that she’s writing on. On other pages, you can see some of the prominent themes of her life and her writing, including a nomadic lifestyle and a Japanese internment camp.

Over on the Doodle Blog, Google interviews the artist for today’s Doodle, Alyssa Winans, who shared some of the feelings that came up while preparing the artwork.

Reading Yamamoto’s work and working on this Doodle amidst all the recent news about rising violence hit especially hard. It’s difficult to see elements of history repeating itself, and my heart goes out to all the individuals and families that have been affected. As someone of mixed background, I have a complex relationship with different aspects of my culture, so I feel honored to be able to work on a Doodle for APAHM. I am always glad to see a space where Asian American and Pacific Islander voices, causes, and culture is elevated and celebrated.