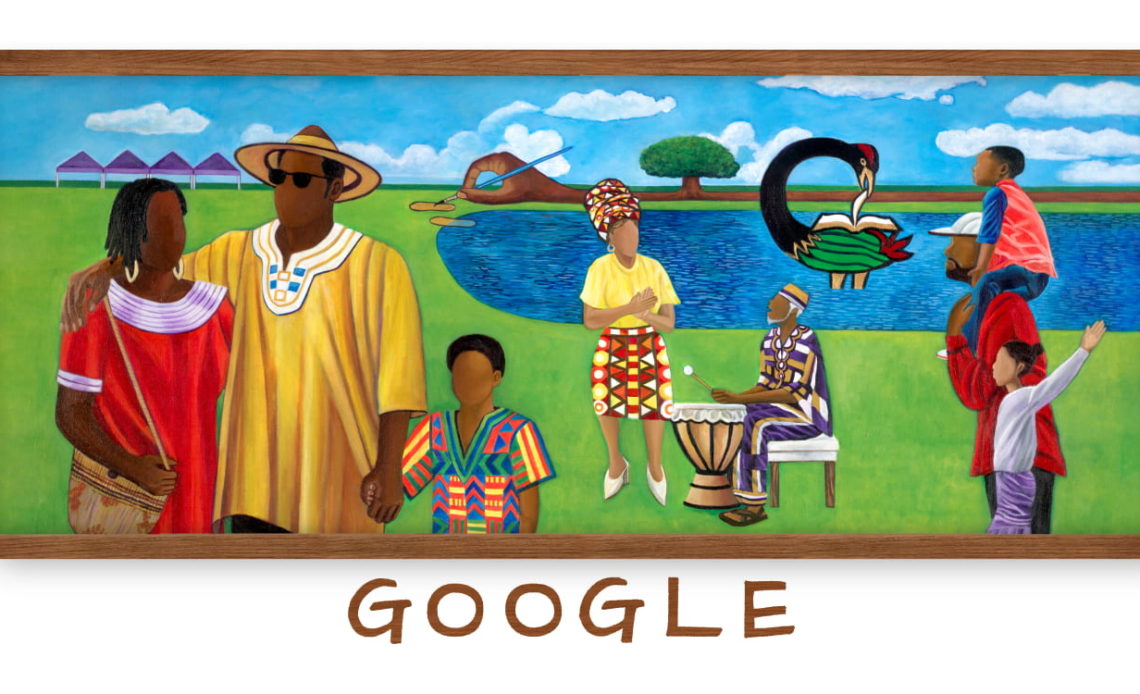 Despite President Lincoln’s Emancipation Proclamation in 1863 legally freeing slaves in states that were part of the Confederacy, the law needed to be directly enforced. Juneteenth commemorates the date that the final slaves in Texas were given the news of their freedom, June 19th, 1865, in the weeks after the end of the Civil War.

The first celebrations of Juneteenth took place as early as 1866 in Texas, but it did not become a federal holiday until 2021. Juneteenth is intended to be a celebration of freedom — at one point the holiday was called Jubilee Day — while also serving as a chance to educate one another on African American history and culture.

This year, Juneteenth falls on the same day as Father’s Day in the United States — a coincidence that will happen again next year too. As such, Google has adopted a special schedule for honoring the two holidays on the Google Search homepage. The Father’s Day Doodle was shown a day early and stayed up for the first half of June 19, while the Juneteenth Doodle will be shown the remainder of the day and throughout Monday.

Keeping in the spirit of celebrating both holidays, the Juneteenth 2022 Google Doodle was created by the artistic duo of Jeromyah Jones and his father Jerome W. Jones Jr. In an interview on the Google Doodle blog, the pair have shared that this latest piece would be called “Painting in The Footsteps of Our Freedom,” and they explained the meaning behind some of the finer details of the design.

We were inspired by the unity we have witnessed at cultural events over the years, the Sankofa Adinkra symbol of Ghana, the history of the griots, the significance of Father’s Day, and the commonalities we see during this year that the two holidays coincide. The hand in the background symbolizes the descendants of those who were emancipated on June 19, 1865, and the children of fathers in the generations that follow. The brush is a metaphoric representation of the bridge that connects the roots to their fruits.