Google and Framework making an upgradable Chromebook, starting at $999 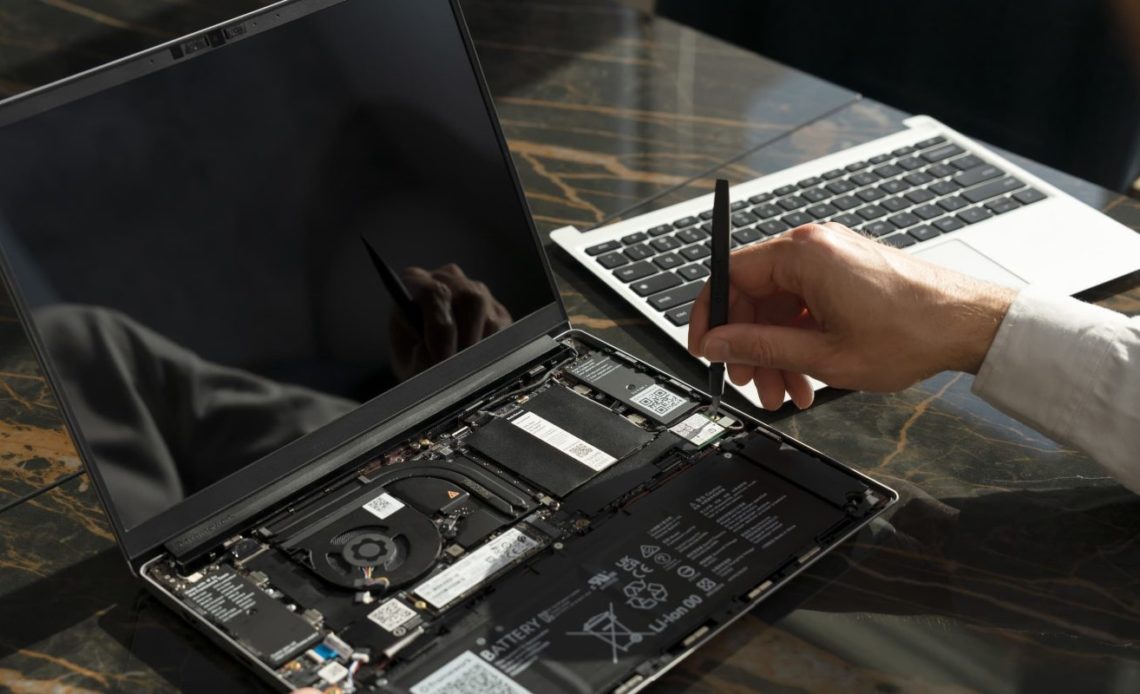 Google and Framework are working together on a modular Chromebook that can be upgraded with various components over time and is set for early December availability with pre-orders opening today.

The Framework Laptop Chromebook Edition is gray in color and made of “precision formed and milled aluminum housing” with a large gear logo on the lid. It weighs 1.3 kg (2.87 lbs) with a slightly tapered design that’s 15.85 mm (.62 in) thick. There’s a 13.5-inch 3:2 display (2256×1504 resolution) with a 1.5mm key-travel keyboard, which you remove (screwdriver included) to access the internals.

The Framework Chromebook will get up to eight years of ChromeOS updates, while you can download Android apps from Google Play, access Linux with Crostini, and use the Steam on ChromeOS Alpha.

Framework “[hasn’t] announced any plans for a newer ChromeOS-compatible Mainboard at this time.” In theory, such an upgrade would extend the device’s Auto Update Expiration (AUE) date past eight years. Meanwhile, the “Mainboard in the Chromebook Edition is specifically designed for ChromeOS,” which does somewhat rule out any official way to install another OS on it.

The pre-built configuration comes with 8GB of DDR4 RAM and 256GB NVMe storage. Given the socketed nature, this can be expanded to 64GB and 1TB, respectively. 250GB and 1TB Storage Expansion Cards, which connect on the left and right side, are also offered.

That system can also be used to add USB-C, USB-A, MicroSD, HDMI, DisplayPort, and Ethernet ports. Another customization is the screen bezel color, which uses a magnetic system for easy removal and access to the screen. Hardware privacy switches cut power from the camera and microphones to disable access as desired.

Each component has a scannable QR code that provides quick access to repair guides, replacement/upgrade parts, documentation, and other information, like manufacturing data.

You can pre-order the Framework Laptop Chromebook Edition starting today by making a “fully-refundable” $100 deposit. The device starts at $999 with first shipments beginning in early December.

All of the replacement parts and modules that make up the Chromebook Edition are also available for waitlisting on the Marketplace today.