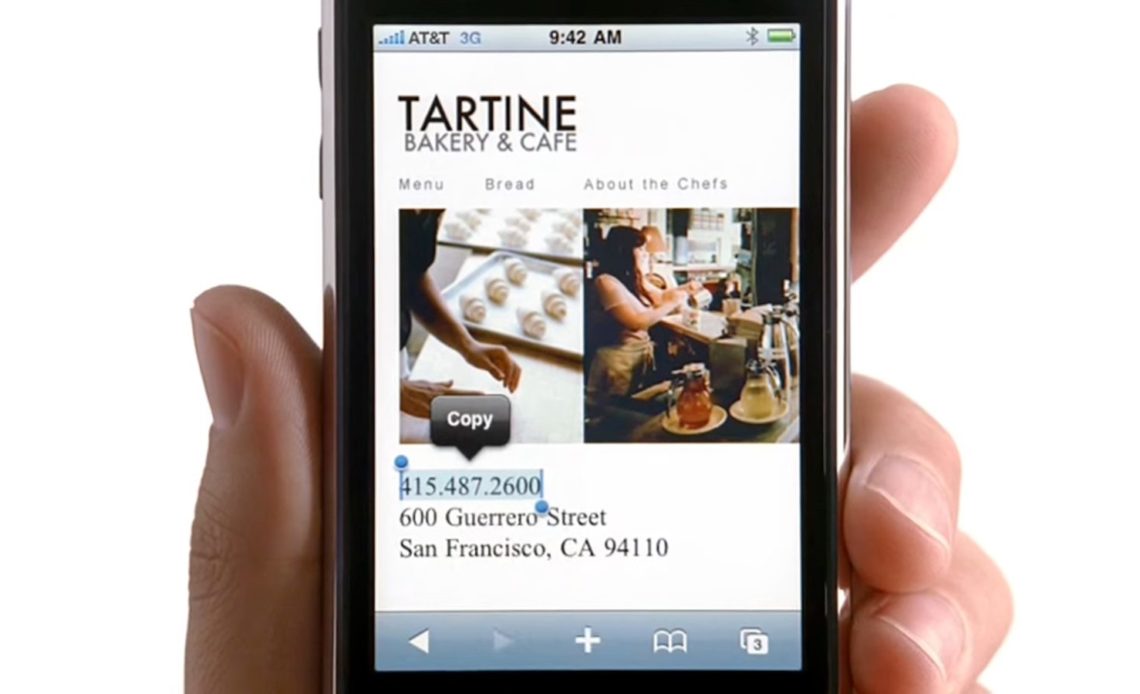 Apple introduced the first iPhone 15 years ago, and a lot has changed since then. We’re now discussing rumors about the next iPhone featuring 8K video and a new display, but it’s hard to believe that once the iPhone didn’t even have copy and paste options. Now former Apple software engineer and designer Ken Kocienda has revealed details about why the first iPhone didn’t have such features.

Kocienda, who joined Apple back in 2001, was one of the key engineers behind the iPhone. Before working on the iPhone, Kocienda was on the team that created Apple’s Safari web browser – which guaranteed him an important role in the development of Apple’s first smartphone.

Now, as the iPhone nears its 15th anniversary on the market, the former Apple engineer decided to share some interesting stories about how Apple created the first iPhone. One of them includes details about why the company decided to ship its first smartphone without copy and paste options.

There wasn’t time for that.

Kocienda’s short and funny explanation is that Apple engineers didn’t have time to implement copy and paste on the first iPhone. But of course, the story goes beyond that.

According to him, the team was already busy creating the iPhone’s virtual keyboard and its autocorrect system. After the iPhone was launched, Kocienda and his team finally decided to work on copy and paste options, but it still took a while before the feature was ready for users.

The engineer explains that he came up with the “magnifying text loupe” idea to let users know where exactly they were pointing the text cursor, which was crucial to having copy and paste. However, even with that classic virtual magnifying glass, the cursor ended up moving between characters after the user lifted their finger off the screen due to natural flickering.

Kocienda had to develop a “touch history log” just for text editing. This way, after taking the finger off the screen, the system automatically detected the position of the user’s finger milliseconds after the last touch, so that the cursor remained where the user really wanted it.

Another interesting detail about the text input system on the iPhone is that, according to the former Apple engineer, all styled text was originally based on WebKit. This means that every time an app used a custom font, it was basically showing a tiny web page to render the text. When the text fields weren’t in edit mode, they showed a static image of their contents – probably to save CPU, RAM, and battery.

Copy and paste options were introduced as part of iPhone OS 3.0 in 2009, which came pre-installed by default on the iPhone 3GS. Apple even created a TV advertisement highlighting the new feature at the time.

More tidbits on the first iPhone

Kocienda also shared some other tidbits about the development of the first iPhone. For instance, the iPhone lacked real multitasking not only because of low RAM but also because of the lack of virtual memory. Engineers had to create a system known as “jetsam” to force the iPhone to run a single app at a time, automatically terminating other background processes to avoid performance issues.

Since touchscreen devices weren’t exactly popular and lacked tactile feedback, the iPhone team implemented a virtual area that is larger than the buttons shown on the interface. As such, the iPhone recognizes touches even when the user doesn’t precisely touch the button on the screen.

This system was also important for the autocorrect feature of the keyboard, since it identifies the letters surrounding the one the user tapped to replace the misspelled word with the right one.

Kocienda also explains that the users’ perception of where they’re touching with their fingers is different from where the finger is actually touching, and the system had to be prepared for this.

Those interested in learning more about the iPhone development process should definitely read Kocienda’s book, “Creative Selection: Inside Apple’s Design Process During the Golden Age of Steve Jobs.”