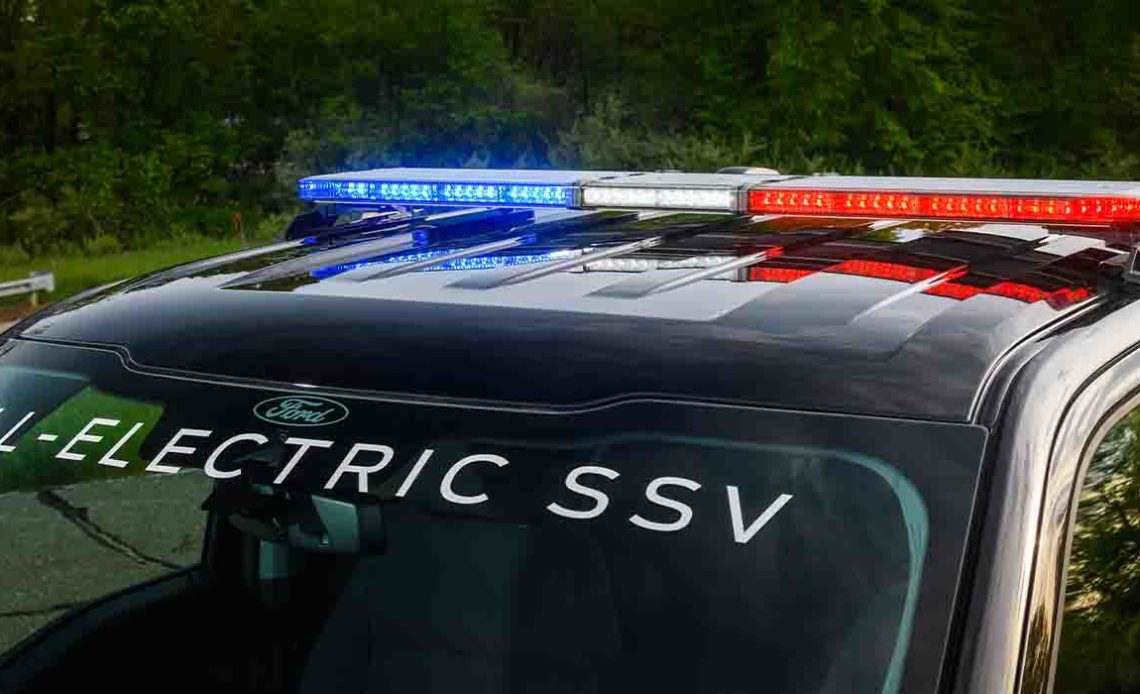 Ford Motor Company will continue its tradition of providing vehicles to the police, but this time, it’s going all-electric. Today, Ford has unveiled the F-150 Lightning Pro Special Service Vehicle – what the American automaker is calling the first electric pickup truck in the US, purpose-built for the police.

The Ford F-150 Lightning is the first all-electric pickup from the blue oval brand and has the makings of being a game changer in EV adoption, particularly in the United States where the F-Series is the long-running champion in trucks.

First Lightning deliveries began this past spring and initial customer feedback has been quite promising. Long before Ford Motor Company began delivering EVs however, it has been providing the police with vehicles to protect and serve… for over 70 years to be more precise.

According to Ford Pro, over 12,000 police departments across the US alone are customers, and the automaker outsells its police vehicles to the people in blue more than all other competitors combined.

Speaking of which, fellow American automaker Chevy recently introduced an all-electric “police pursuit” version of its Blazer EV, but we have learned it will soon have to compete with a purpose-built F-150 Lightning.

We’re proud to offer America’s first electric police pickup truck to local government customers who can use the truck’s game-changing technology to help improve their productivity. Pro Power Onboard can serve as a mobile power source to light up evening accident scenes on the highway, the electric powertrain helps to potentially reduce costs associated with fuel and scheduled maintenance needs3 and the Mega Power Frunk provides extra lockable storage on top of purpose-built police additions our customers have come to expect from the leader in police vehicles.

According to Ford, the police-worthy F-150 Lightning can accelerate 0-60 mph in under four seconds (with extended battery pack and a one foot rollout). In addition to pursuit specs however, the F-150 Pro SSV was designed to handle many of the other situations officers experience in their duties, like assisting at an accident or crime scene, or having to tow a boat or trailer.

Here are some additional specs present in the police pursuit F-150 Lightning (hopefully you civilians ever don’t see them up close though!):

Police departments that purchase F-150 Lightning Pro SSVs will also qualify for a plethora of additional benefits from Ford Pro. According to the automaker, more details of the police pursuit F-150 Lightning, including range, will be announced later this summer.