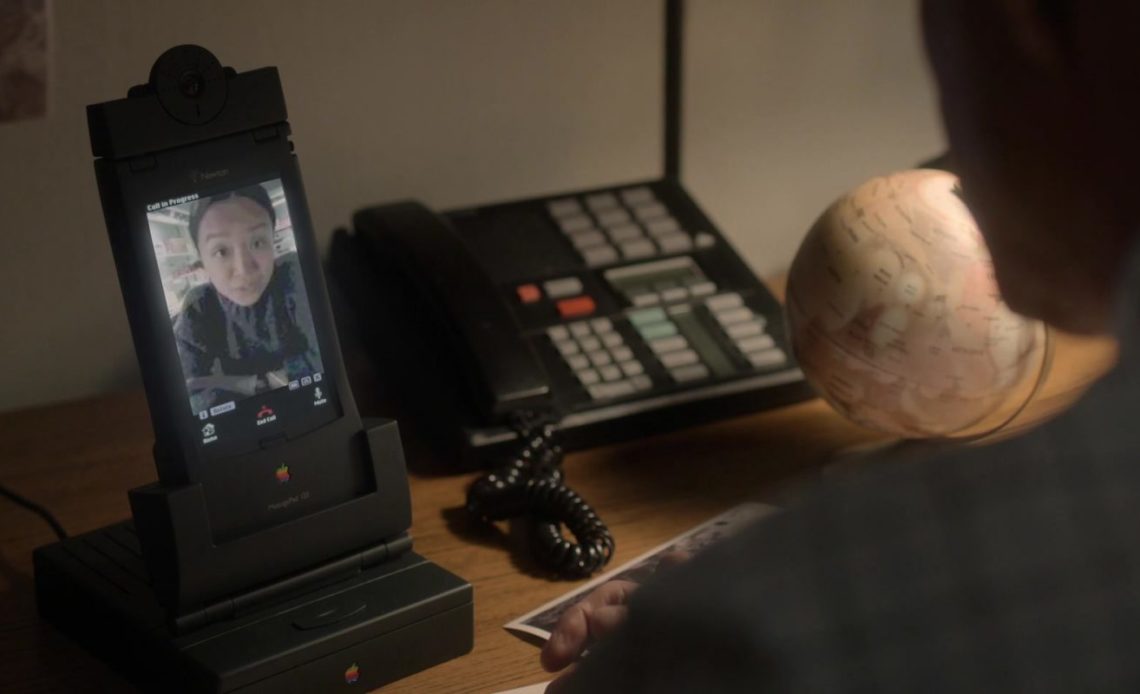 The third season of For All Mankind is now available on Apple TV+, and this time the sci-fi drama is set in the 1990s with a billionaire who wants to explore Mars. In the very first two episodes of this season, some viewers noticed that a very old Apple product made a cameo appearance on the show – the Newton MessagePad.

But more than just putting a Newton MessagePad in the show, the creators went beyond that. Since we’re talking about a sci-fi drama, they came up with the idea of letting the characters use the Newton for video calls. Of course, that was never possible with the real Newton in the 90s, but it’s definitely fun to see what could’ve been a primitive version of FaceTime.

Ben McGinnis, one of the producers of For All Mankind, shared on Twitter how they shot the scenes in which the Newton MessagePad was used for video calls.

According to McGinnis, the team has created a special Newton-based case that fits an iPhone 12 Pro Max. They also invented a fake accessory that is basically an external webcam that can be attached to the Newton MessagePad. While some of the scenes show the classic Newton interface, those with video calls were made with an iPhone.

“The #Newton POV angles in the show were #shotoniphone,” says McGinnis.

For those unfamiliar, Newton MessagePad was a personal digital assistant released by Apple in 1993. The device was controlled by a stylus and had handwriting recognition capabilities to let users easily take notes. Newton had smart features like a built-in calculator, calendar, and even an email client.

The device was introduced by then Apple CEO John Sculley during the period when Jobs had been fired from the company. The very well-known former Apple design chief Jony Ive, who joined the company in 1992, worked on the second-generation Newton MessagePad – which was more compact and had a redesigned stylus with a rounded shape.

When Steve Jobs returned to Apple in 1998, he discontinued the Newton MessagePad. Despite all the Newton’s issues, some people believe it was way ahead of its time as it can be considered a very early prototype that led to the idea of the iPhone and iPad.

Product placement in For All Mankind

Unsurprisingly, the Apple TV+ shows have a lot of product placement from Apple. Pretty much all the characters are constantly using iPhones, iPads, Macs, and AirPods. However, since For All Mankind is set in the past, Apple had to wait until the show’s timeline moved forward before putting product placement on it.

But Newton is not the first Apple device that has made a special cameo appearance in For All Mankind. In season two, we saw several characters working with Apple II computers. Apple is yet to renew For All Mankind for a fourth season. But if it does, I’m sure we’ll see iPods in space.

You can now watch For All Mankind on Apple TV+.