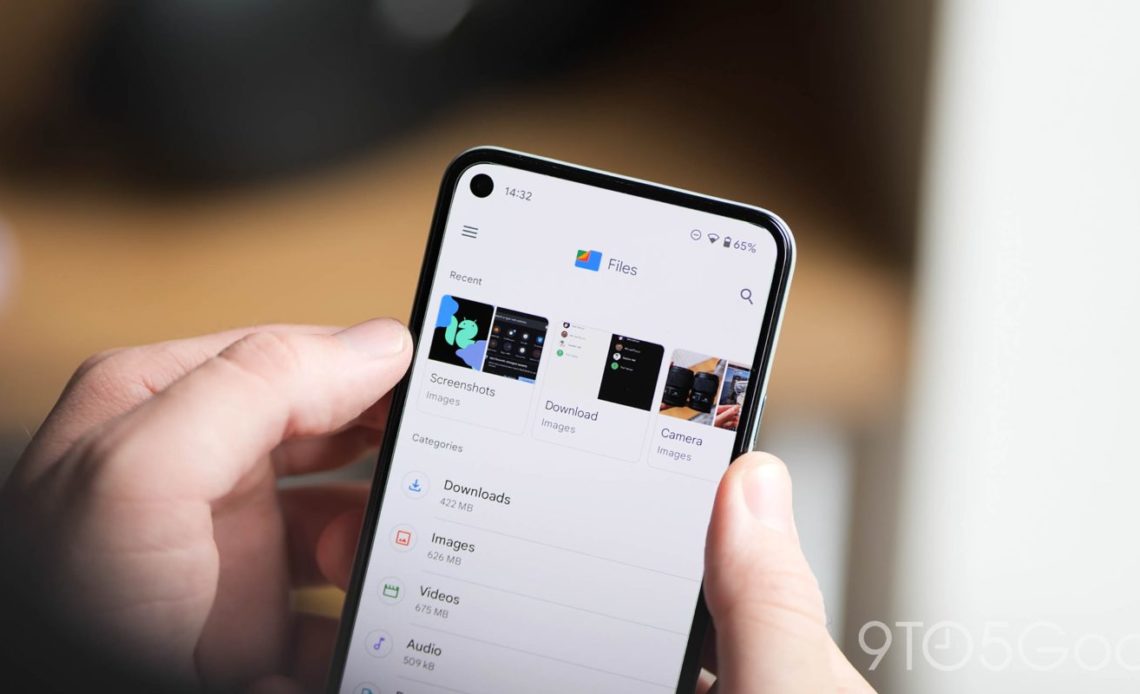 Google started rolling out Nearby Share in August of 2020 to Android devices as part of Play services. The native OS integration somewhat eclipsed a key aspect of the Files by Google, but Share is now prominently being highlighted again on Pixel devices.

With today’s beta update (version 1.0.440568297) to Files by Google, Pixel users specifically are seeing that there’s now a “Share” tab joining “Clean” and “Browse” in the bottom bar. On first-party Google devices, the functionality was previously placed in the navigation drawer as a “Share offline” option.

On non-Pixel devices, including Samsung, that we checked today, the Share tab is already present on the prior release/stable (1.0.434083132) and never left.

It disappeared on Pixel devices sometime after September 2019, and could coincide with Nearby Share rolling out in August of 2020. Since the capability was integrated into the system Share sheet, it no longer needed to be as prominent in the Files app. The tab was definitely not present when the Material You redesign rolled out last year.

That said, this more central placement does not change how the underlying functionality works – you first decided whether to enter Send or Receive mode and proceed from there. The reversal, however, is quite interesting and might be reflective of how it’s better to have an obvious design that calls attention to all capabilities.

More on Files by Google: