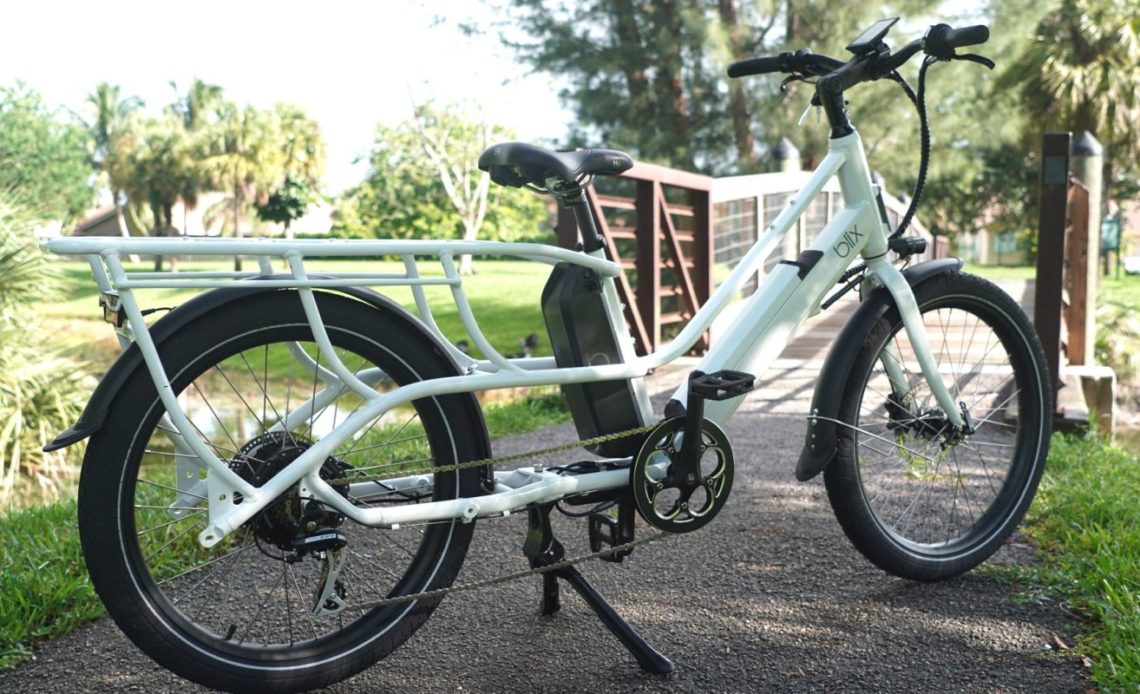 Electric cargo bikes, which are essentially normal electric bicycles with stretched frames for carrying more gear or passengers, are becoming increasingly popular as car alternatives in the US.

The last time much of the Electrek team was in Germany, we couldn’t help but notice the sheer number of electric cargo bikes rolling around every city we visited. Whereas in the US you’re likely to see streets and parking lots lined with SUVs and minivans, many European cities instead host countless electric two- and three-wheelers toting around shopping bags and multiple children.

Not to be outdone (at least not for more than a decade or so), Americans are now embracing a wave of increasingly accessible electric cargo bikes for utility tasks.

In New York City, where electric bicycles were only recently legalized, cargo e-bikes with multiple kids aboard are becoming a more frequent sighting.

City commuter Savannah Wiza explained to the NYT that the family began looking for a way to get their children to school in late 2020 after in-person learning returned. They ended up buying an electric cargo bike on Craigslist for $1,200 and have been using it for nearly two years as the family “school bus”.

In the past, electric cargo bikes were most commonly available from high end companies like Yuba and Riese & Müller, often costing upwards of $5,000-$9,000. But more affordable electric cargo bikes – like the from Rad Power Bikes – have helped families with tighter budgets find their way onto stretched out e-bikes.

I had the chance to test that e-bike out and enjoyed riding around with my two nephews on back, as you can see in my review video below.

Other brands are also helping to lower prices on cargo e-bikes and bring these high-utility bikes to the masses.

Tern’s GSD and HSD electric bikes have proven incredibly popular among urban residents seeking a large capacity cargo e-bike in a smaller form factor that takes up less space in a garage or apartment. But the high price tag of around $4,000-$6,000, due to parts like Bosch mid-motors, belt drive systems, and automatic transmissions have limited Tern’s reach to more affluent shoppers.

Now, though, with the release of the new Tern Quick Haul electric cargo bike, the company is able to offer an e-bike with many of the same benefits starting at just $2,999.

Low-cost companies have pushed the needle even further, such as when Lectric eBikes rolled out a cargo package for its , adding massive front and rear baskets to a popular low-cost e-bike model.

Even delivery companies have hopped onto the cargo e-bike bandwagon with FedEx, UPS, and DHL all testing out various forms of cargo electric bikes.

In many urban areas, cargo e-bikes have been found to make quicker deliveries due to their ability to slice through traffic via the bicycle lanes.

As electric cargo bikes become increasingly popular in the US, the growing movement towards personal electric transportation and walkable cities will continue to see cars replaced by smaller and more efficient alternatives.

Could your commute or grocery run be next?