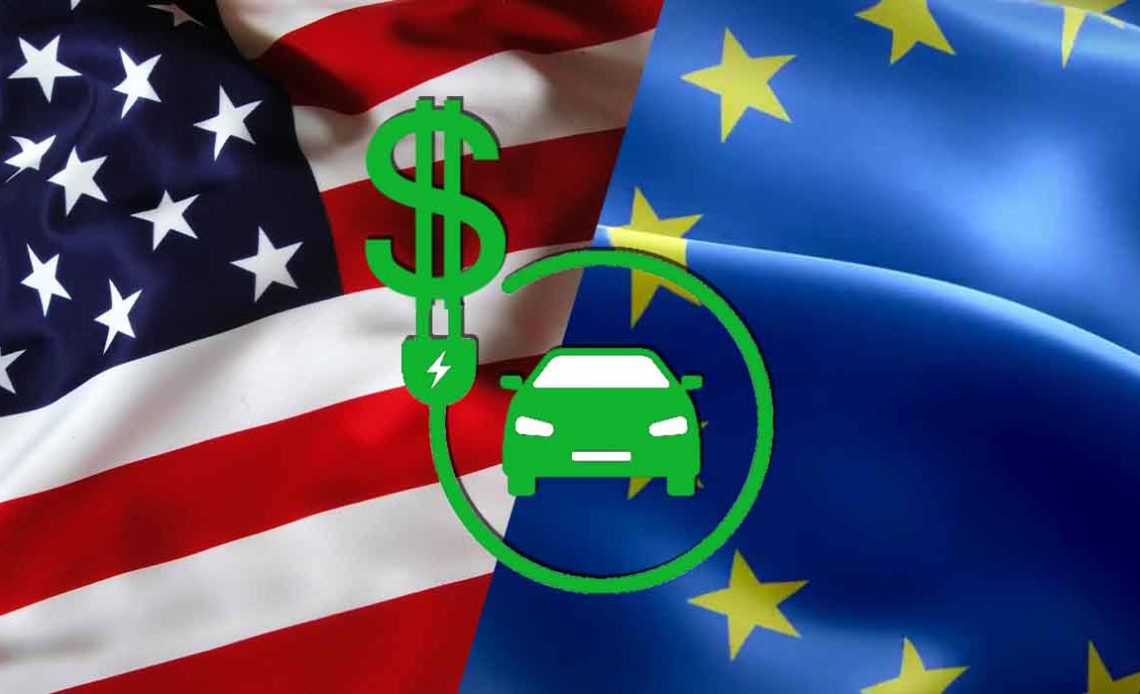 The European Union has asked the United States to include EVs, batteries, and other sustainable products sold on US soil in federal tax credits, similar to benefits it currently offers its North American neighbors. According to a recent report, the US and EU are in discussions about what’s possible.

A large prompter in the US reaching a critical mass point of EV adoption has been the federal and state tax credits in place for electric vehicles and their charging infrastructure. Depending on the vehicle, a person’s filing status, and annual income, US taxpayers can qualify for up to $7,500 back at the end of the fiscal year, not to mention additional exemptions available at the state level.

US automakers like Tesla and GM surpassed the 200,000 unit threshold for EV sales years ago, thus disqualifying them from tax credits, while plenty of EVs from European automakers still qualified. Since taking office, the Biden administration has been adamant about expanding electrification and electrical grid support throughout the US, including federal fleets, school buses, and passenger mobility.

This past August, President Biden signed what could be one of the most noteworthy pieces of legislation in his presidential legacy with the Inflation Reduction Act (IRA). The bill extends federal tax credits through 2032, slashes the 200K unit threshold, and promotes North American EV manufacturing.

As one would imagine, European countries and their automakers have been less excited about new tax credit terms under the IRA, including the requirement that the vehicles, their batteries, and the majority of battery components must be built in North America.

Now, those European countries are speaking up and are asking the US to once again include its EVs in the revised tax credits, despite the pro-North American assembly terms.

Could European EVs soon qualify for US tax credits?

Possibly! According to a report from Automotive News Europe, the prospect of European EVs qualifying for tax credits in the US is at least being discussed. Czech trade minister Jozef Sikela said the European Union has asked the US to treat its member’s EVs, batteries, and other charging equipment as it would for Mexico and Canada, qualifying for revised tax credits.

As members of North America sharing a border with the United States, one could argue Mexico and Canada are more incentivized to support US production and commerce and are, thus, worthy of credits. The EU argues otherwise, stating that the Inflation Reduction Act discriminates against European automakers and other manufacturers.

At its core, the revised terms of federal tax credits in the IRA are not necessarily to keep certain countries or automakers out but to promote manufacturing and supply chains in the US and its neighboring countries. The EU’s counter to that argument is that it currently offers the same tax credits for EVs and their materials, regardless if they’re made in the EU or US.

Sikela, whose home country currently holds the rotating presidency of the EU, was part of a recent meeting in Prague between EU trade ministers and US Trade Representative Katherine Tai. Following the meeting, Sikela said there was a willingness on both sides to reach some form of a deal that would qualify European EVs for US tax credits.

To what extent a potential deal may bring EU products remains unclear, but Sikela is already managing expectations:

We are expecting a derogation (in the US IRA) for EU member states – ideally we would like to have the same as Canada and Mexico, but we have to be realistic and see what we can negotiate.

EU Trade Commissioner Valdis Dombrovskis said a task force will meet for the first time this week to assist in solving the issue. He followed up by saying:

We are focusing on a negotiated solution before we move on to other considerations.

The new terms for federal tax credits in the US will kick in on January 1, 2023, and will affect many local automakers as well as those in European countries. More to come on this story as it develops.