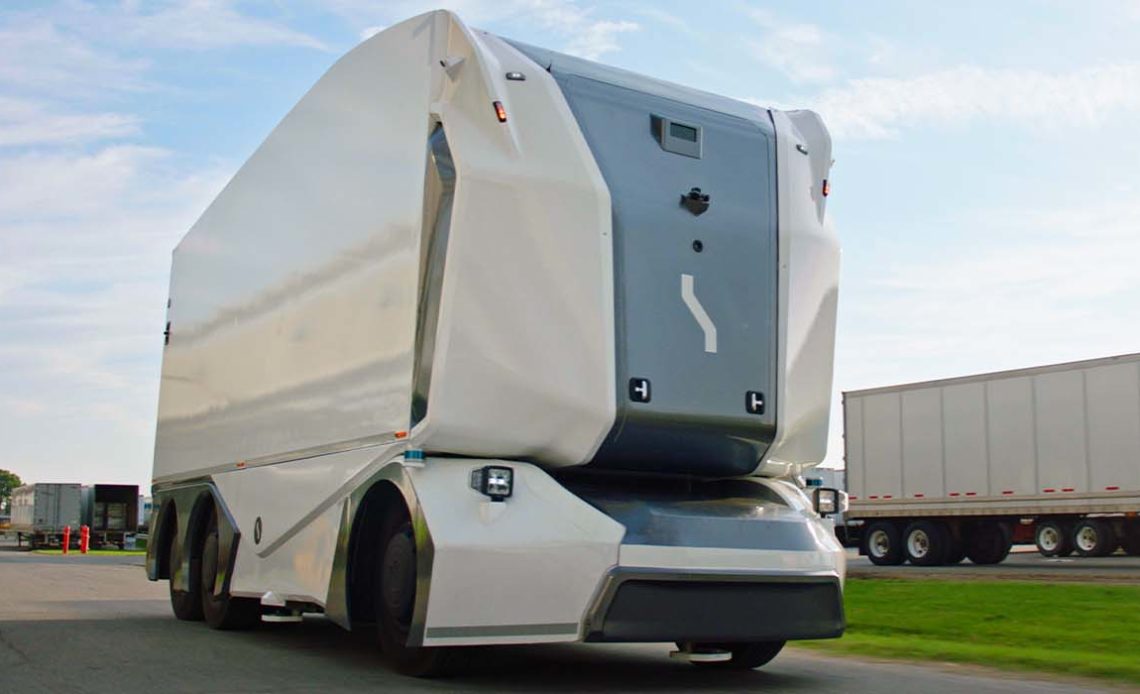 Autonomous EV freight company Einride has received approval from the National Highway Traffic Safety Administration (NHTSA) to operate its Autonomous Electric Transport (AET) trucks on public roads in the US. These Pod trucks will begin driving under a public road pilot operated by a Remote Pod Operator.

Einride is a freight technology company founded in Sweden in 2016 that develops electrified commercial Class 8 trucks and trailers, some of which deliver autonomous capabilities.

Einride’s nameplate vehicle, the Pod, is an all-electric truck without any space onboard for a driver that began public road testing in Sweden in 2019. Last November, Einride announced its market entry stateside, including plans for a new headquarters in New York. Furthermore, Einride has previously shared intentions to bring the electric and autonomous Pod trucks to US roads.

This past March, Einride publicly introduced of its first Remote Pod Operator, creating an entirely new career for electrified shipping. Since then, the company has been training additional Remote Pod Operators in Texas in anticipation of autonomous trucks operating on US roads.

Following today’s announcement, Einride has gotten the green light from the NHTSA to begin testing its autonomous Pod trucks in the US.

Einride autonomous trucks: Coming to a US road near you

Following a press release this morning, Einride has confirmed approval from the National Highway Traffic Safety Administration to begin piloting its Pod vehicles.

According to the freight technology company, this marks the first time a purpose-built autonomous, electric truck without a driver on board has received permission to operate on public US roads.

Per the release, Einride client GE Appliances will serve as the key partner in the initial US pilot program to both test and showcase the commercialization capabilities of the autonomous, electric Pod trucks.

To supplant the driver inside the autonomous vehicle, a Remote Pod Operator will monitor the vehicle at all times – a role that Einride deems critical to ensure the safe scaling of autonomous vehicles. Einride founder and CEO Robert Falck spoke:

This is a type of vehicle that has never before been seen on US roads and marks a major milestone as a turning point for the future of the freight industry. We know the autonomous and electric technology of our pod will not only revolutionize transportation but also create thousands of jobs and help America stay competitive.

The public road pilot will begin in Q3 of this year at a GE Appliances manufacturing facility, building upon current existing operations in place with Einride.

The autonomous Pod trucks will operate on public roads complete with mixed US traffic, to allow for the testing of real life workflow execution. This will include day-to-day operations such as the movement of goods and coordination with teams at multiple warehouses to ensure efficient loading and unloading.