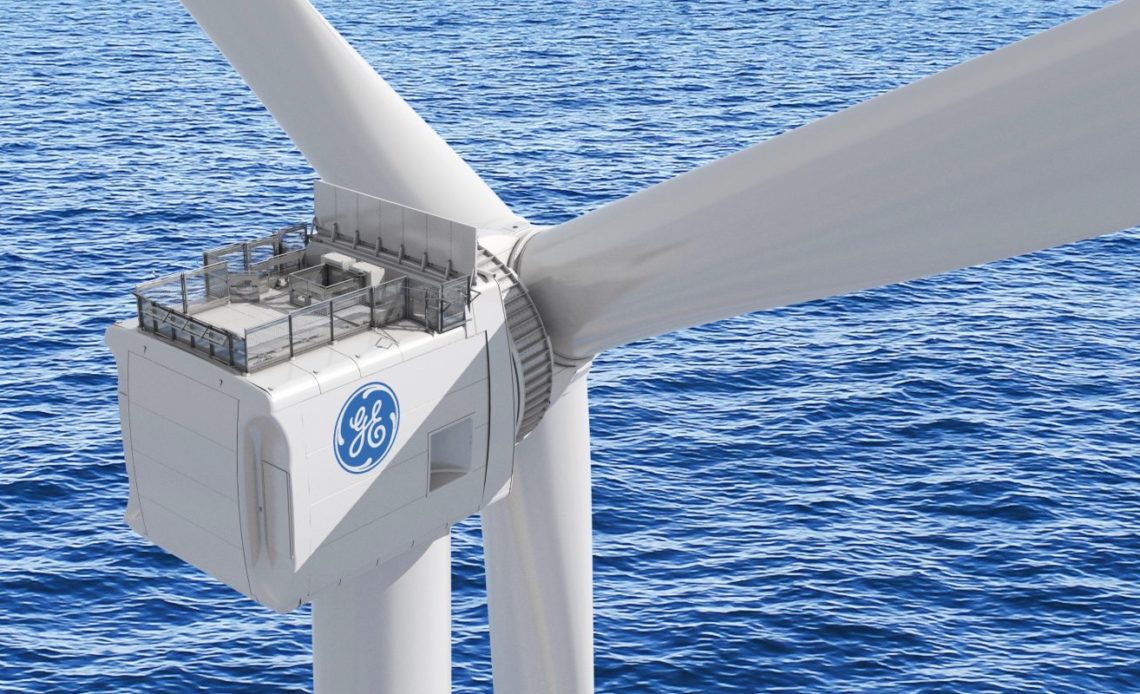 And now the Haliade-X’s 12 MW and 13 MW models have secured typhoon certification from independent certification body DNV. It’s known as class T certification. That means the giant wind turbines are able to operate effectively in extreme weather that typhoons – and hurricanes, because they’re the same thing, just different global locations.

And imagine the power they’d produce. 4COffshore notes: “The Haliade-X prototype located in Rotterdam, operating at 13MW, set a new record in October 2020 by generating 312 MWh of continuous power in one day.”

Typhoon loads on wind turbines is of critical importance in emerging offshore wind markets such as Taiwan, Japan, Korea as well as parts of the US.

Wind turbines need to be designed for these extreme local environmental conditions to support the ambitious plans to develop multi-megawatt offshore wind projects.

With obtaining the DNV Certificate, GE Renewable Energy proves that the largest offshore wind turbine in operation – the Haliade-X – is able to reliably withstand the typhoons that are likely to affect it within their lifetime.

The United Auto Workers (UAW) union said Friday that tax incentives should only be given to US-made electric vehicles. The current $7,500 tax incentive does not require EVs to be made in the US.

As Electrek reported, on Thursday, GM announced that it plans to invest $1 billion in a plant in Mexico to build electric vehicles from 2023.

GM justified its decision to build in Mexico by issuing a statement that said it “recently announced nearly 9,000 jobs and more than $9 billion in new electric vehicle or battery cell manufacturing facilities in Michigan, Ohio, and Tennessee.”

Taxpayer money should not go to companies that utilize labor outside the US while benefiting from American government subsidies. This is not the America any of us signed on for. Frankly, it is unseemly.

The White House has not yet issued an official comment on GM’s decision, but President Joe Biden said last Wednesday to a Joint Session of Congress:

There’s no reason why American workers can’t lead the world in the production of electric vehicles and batteries. I mean, there is no reason. We have this capacity.