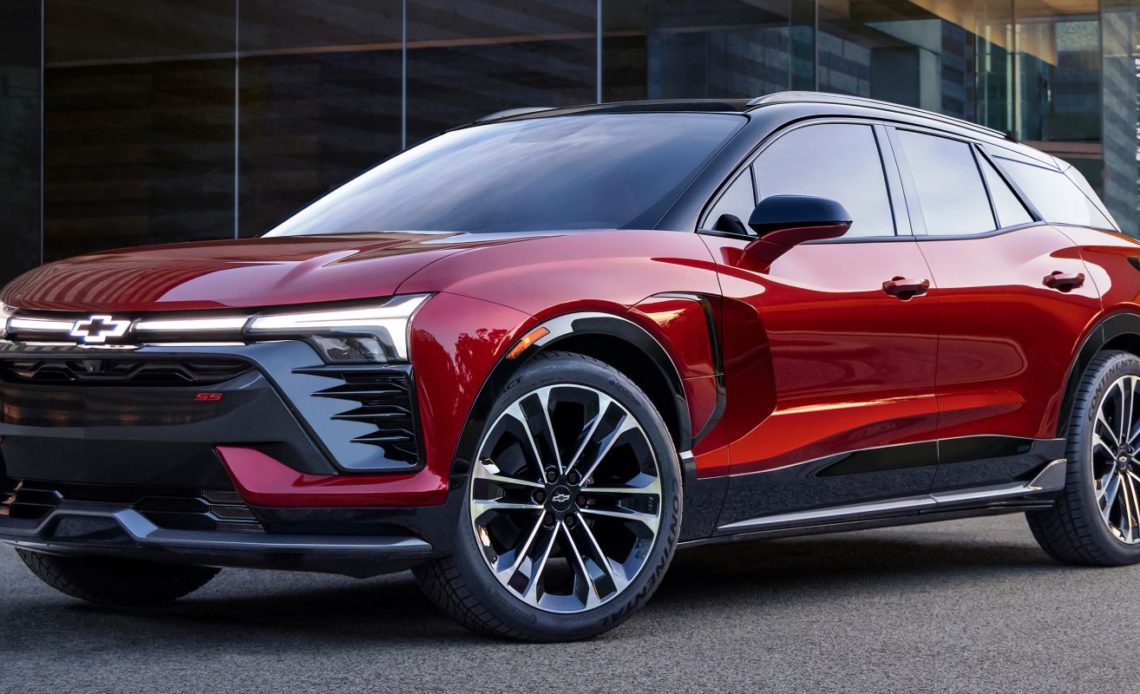 Chevrolet announced the reveal of the 2024 Blazer EV today and noted that the SS, or “Super Sport,” version would be in dealers’ hands in the spring of 2023 for model year 2024…

GM has been drip-dropping news on the Chevrolet Blazer EV since it was first teased at the GM CES presentation by CEO Mary Barra in January. At that point, it was a surprising sideline to the Silverado EV along with the $30,000 Equinox.

Super Sport is a signature performance option package offered by Chevrolet since 1961. It implies and the new full image of the Blazer EV SS confirms that the first EV Blazer will be priced quite a bit higher than the $30,000 Equinox.

GM is finally starting to roll out some of the Ultium EVs CEO Mary Barra has been promising for years now. GMC started the year with limited numbers of Hummer EVs. GM’s Spring Hill just started cranking out Cadillac Lyriq (which we’ll get our first drive of later this month). Of course, the aforementioned Silverado and Equinox also are expected in calendar year 2023. The company has plans to invest $7B in EVs and plans to have sales of 1 million EVs per year by 2025.

Now that we can finally see the whole package, I have to say I like the look of the Blazer EV. We know from the previous drop that the indentation behind the front wheel will be where the charging port is. I’m on the fence if I like an indentation there however.

It does seem a lot lower than its “Blazer SUV” heritage would suggest, pitting it against lower crossovers like the Kia EV6 type/size vehicles.

There’s a lot going on in the front of the car, but it isn’t certain if it will support the camera equipment for SuperCruise. I suspect it will, at least in the SS trim.

The big questions: AWD? Range? Charging speed? Interior quality? I guess we’ll find out on July 18 or in a drip-drop before then.