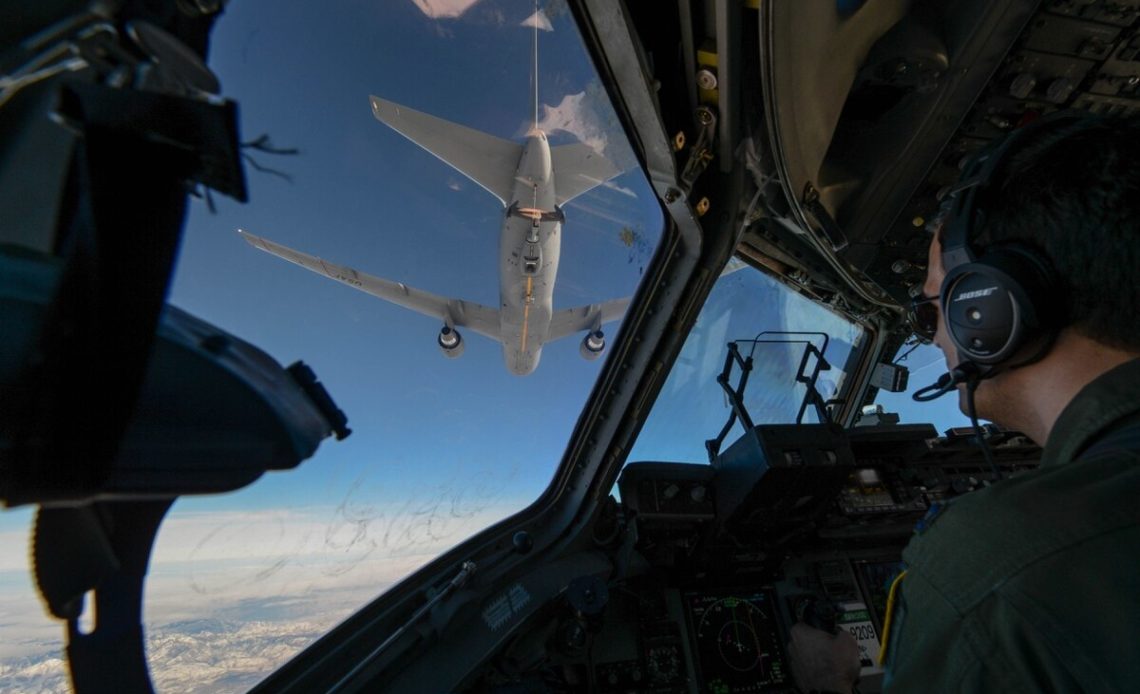 WASHINGTON — With the Jan. 27 announcement of a new $275 million charge on the KC-46, Boeing has now paid as much in cost overruns for the troubled program as the U.S. Air Force invested in the tanker’s development.

The new charge, which the company reported as part of fourth-quarter 2020 earnings, means Boeing has now paid more than $5.0 billion out of pocket to pay for the myriad technical problems and production issues that have cropped up since the company won the program in 2011. Under the firm, fixed-price contract signed then, Boeing is responsible for paying for any costs in excess of the contract’s $4.9 billion ceiling.

The latest KC-46 overrun occurred “primarily due to production inefficiencies including impacts of COVID-19 disruption,” the company said.

Steve Trimble of Aviation Week put together a list of KC-46 charges by year, finding that the program documented its largest overrun in 2020 despite seeing charges decrease to only $148 million in 2019.

The company previously attributed $494 million in charges to the ongoing pandemic during the first, second and third quarters of 2020.

The KC-46 is a commercial-derivative plane based on the Boeing 767 airliner. Because it is manufactured on the 767 production line in Everett, Washington, before undergoing military-specific upgrades, any slowdown in commercial plane volume also makes it more expensive to produce the KC-46.

Boeing President and CEO Dave Calhoun said in October he believed the KC-46 had moved past the technical problems that plagued the program over the past few years, and the tanker would prove to be an asset for the company after the pandemic had run its course.

“The tanker has been a drag on us for three or four years in every way you can think of with respect to investors,” he said at the time. “But we are continuing to clear the hurdle with our customers with respect to its performance in their fleet and their need for that tanker.

“That whole relationship, I believe, will begin to transition next year, and opposed to being a drag on our franchise — which it’s been — I believe it will become a strength in our franchise.”

In an message to Boeing employees on Wednesday, Calhoun pointed to some key wins in the defense and space sector, including the first flight of the MQ-25 tanker drone with an aerial refueling store, and the demonstration of the F/A-18 Super Hornet’s ski jump launch capability for the Indian Navy.

Over the past month, Boeing has inked contracts with the U.S. Air Force for the sixth and seventh lots of KC-46 production, raking in $3.8 billion for an additional 27 tankers.

However, during the earnings call, Calhoun noted that analysts should not count on Boeing’s defense business to generate a massive amount of near-term growth in the wake of the pandemic.

“We continue to believe that we’re going to have stable growth, admittedly at the lower end of the single digits. That’s the best guidance that we can talk about because we do believe there is pressure that will ultimately come down as a result of all of the COVID spending here in the United States,” he said.

“But a large part of our business now is international market, and the order activity in those international markets is pushed to the right somewhat — and almost entirely because of COVID-related stuff,” he said. “We still like our position because we have a lot of ongoing programs that the military and of course our defense [spending] bills have been kind to.”

The Air Force plans to buy 179 KC-46 aircraft over the program of record. The first KC-46 was delivered to the service in 2019.