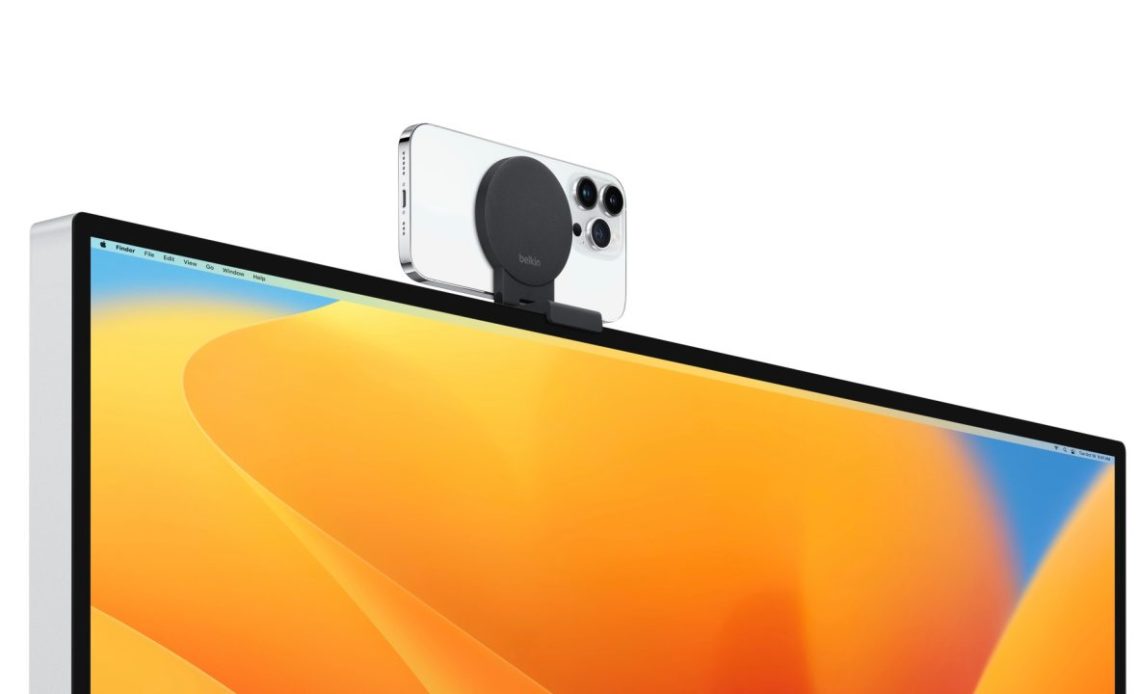 Starting this week, the version for external displays and Mac desktops is now available as well…

Continuity Camera is a new feature in iOS 16 and macOS Ventura that lets you use your iPhone as a webcam for your Mac. The feature works completely wirelessly, connects automatically, and works with any video-calling app on your Mac. As we’ve covered in-depth, the feature is incredibly impressive and offers a significant jump in video quality compared to Apple’s built-in Mac webcams.

Belkin’s Continuity Camera mounts exist as a way to attach your iPhone to the top of your Mac using the iPhone’s MagSafe technology. This new model is designed for “Mac desktops,” which includes things like the 24-inch iMac, the Studio Display, and the Pro Display XDR. Belkin says it should be “compatible with most external displays and monitors.”

The Belkin iPhone Mount (Magsafe Compatible) for Mac Desktops utilizes the new Continuity Camera features in the latest version of macOS Ventura. You can easily mount your MagSafe-compatible iPhone securely to your Mac desktop or display with this durable mount for FaceTime, capturing content, video conferencing and more.

The magnetic attachment allows for easy, seamless, hands-free camera streaming. Easily rotate your iPhone to portrait or landscape and adjust viewing angles from vertical to 25 degrees downward with the tilting hinge.

The new Continuity Camera mount for Mac desktops from Belkin is available to order now from Apple’s Online Store. It is $29.95, but the downside is that the first orders won’t start arriving until mid-to-late January. In the meantime, there are a few other Continuity Camera mounts available on Amazon, but your mileage may vary in terms of quality and device compatibility.