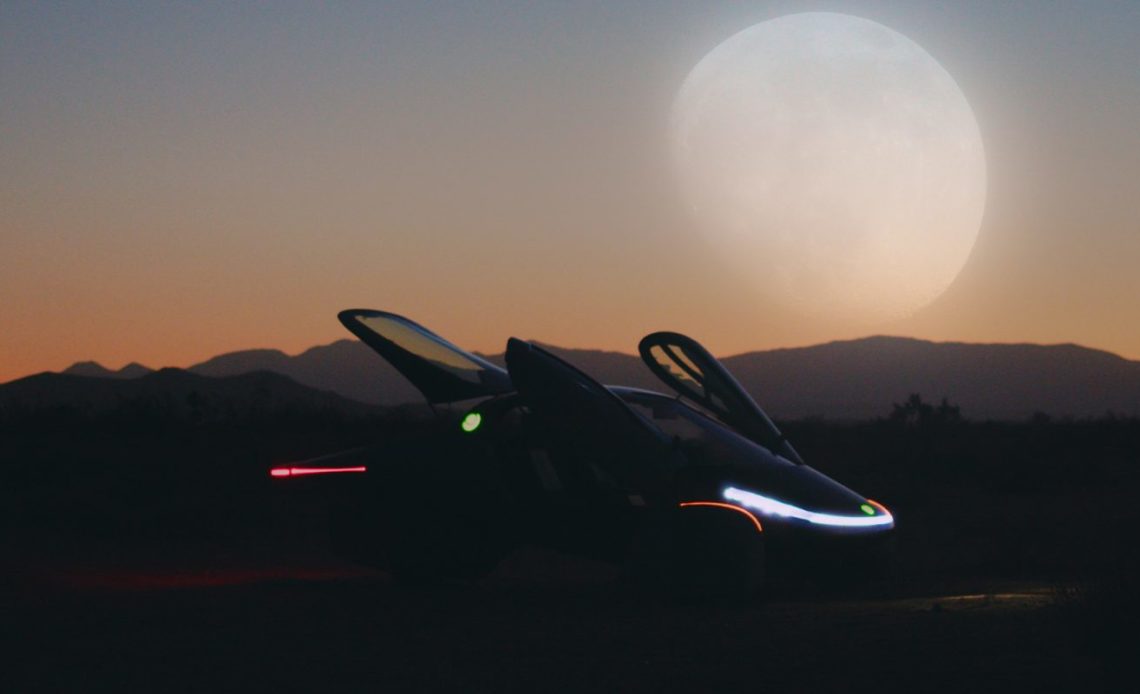 Aptera has once again shared a well-produced video of its third and final version of its solar electric vehicle (SEV). The Luna version of the Aptera SEV now joins the previously announced Noir (black) and Sol (white) design options and features a silver exterior and interior with earth tone accents. With the debut of Luna, Aptera has now moved into Beta phase of development ahead of deliveries in 2022.

Aptera Motors is an EV startup based in San Diego, California, that has found a rare second life in a competitive automotive industry. You may remember Aptera’s first attempt in manufacturing an ultra-futuristic solar electric vehicle (SEV) called the Aptera 2 Series, in the mid-2000s.

At the time, Aptera had a planned government investment on the table, but was unfortunately unable to raise enough capital to match it, and lost its funding, ultimately folding 10 years ago.

The original founders, Chris Anthony and Steve Fambro, then focused on other businesses in lithium battery technology and vertical farm production, only to return a decade later to a much more fruitful EV landscape. Thus, Aptera was reborn with a new and improved SEV by the same name.

Last February, we reported that Aptera has already received over $4 million in funding and had already noted over 7,000 reservations for the Aptera vehicle. As of today, Aptera reservations are around 13,000.

Over the course of the last year, Aptera has introduced two Alpha versions of the SEV, Noir (black) and Sol (white). With its latest announcement, the SEV automaker has shared the third and final Alpha version, called Luna.

In an announcement on its website complete with a beautifully produced video, Aptera has introduced Luna, the third and final Alpha version of its upcoming SEV.

Luna marks the third aesthetic design option for the Aptera and features a silver exterior. Furthermore, Luna has a warm interior called Codex that consists of earth tone accents.

Most importantly, Luna marks Aptera’s end to the Alpha phase of development, and has already begun Beta builds. In fact, the Beta’s are well under way, according to Aptera vehicle designer Jason Hill:

Beta vehicles, of which the design is nearly completed, will look much the same as our Alpha series. We have made packaging and comfort improvements, and several refinements for the interior design including seating, door panel and instrument panel. The same design theme has evolved and matured into production level intent.

The current three-wheeled Aptera SEV offers 1,000 miles of range, thanks to unique diamond-shaped solar panels that maximize the energy from the sun.

You can check out the official Luna reveal from Aptera in the video below:

Aptera told Electrek that its goal is to have a production-intent vehicle design by the end of 2021, followed by the official ramping up of production and deliveries in 2022.