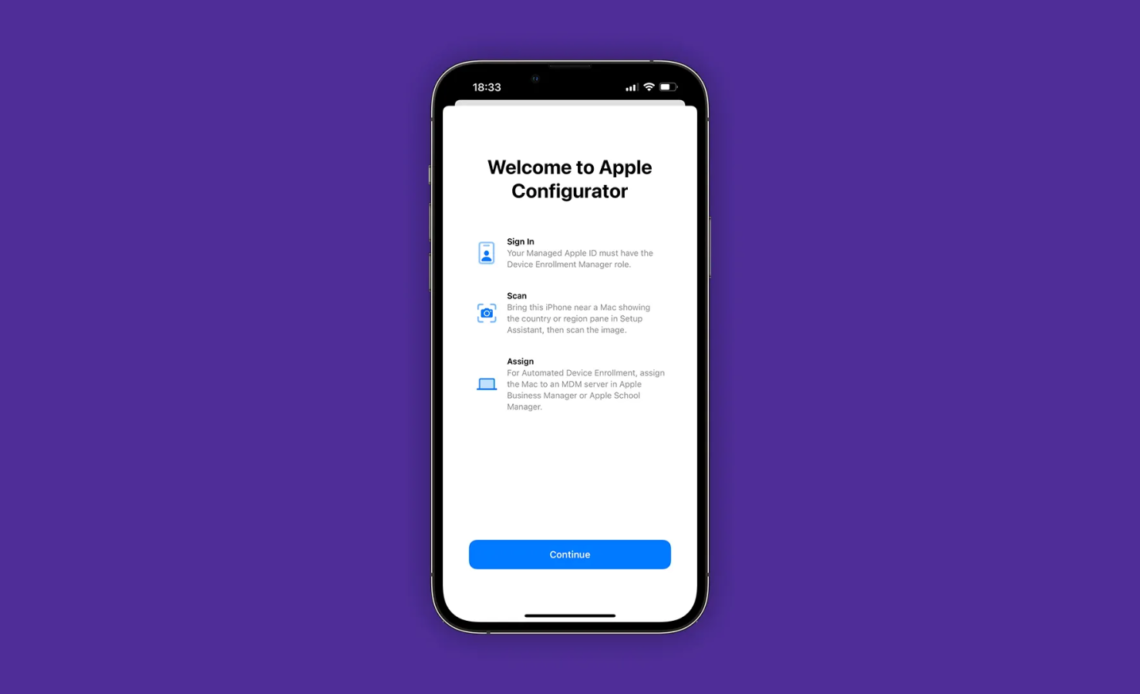 Apple @ Work is brought to you by Mosyle, the only Apple Unified Platform. Mosyle is the only solution that fully integrates 5 different applications on a single Apple-only platform, allowing Businesses and Schools to easily and automatically deploy, manage & protect all their Apple devices . Over 32,000 organizations leverage Mosyle solutions to automate the deployment,  management and security of millions of Apple devices daily. Request a FREE account today and discover how you can put your Apple fleet on auto-pilot at a price point that is hard to believe.

Over the coming weeks, I’ll look at Apple’s WWDC 2022 announcements that will impact IT professionals in both education and enterprise environments. There’s a lot to unpack this year that might not have made the headlines in most news stories, so I look forward to unpacking the small tidbits and looking at what kind of impact each one will make for IT professionals who manage Apple devices, but also those who use managed Apple devices for work and at school. This week, I want to look at the news that Apple Configurator on iPhone can now onboard other iPhones and iPads into Apple Business Manager and Apple School Manager.

About Apple @ Work: Bradley Chambers managed an enterprise IT network from 2009 to 2021. Through his experience deploying and managing firewalls, switches, a mobile device management system, enterprise grade Wi-Fi, 100s of Macs, and 100s of iPads, Bradley will highlight ways in which Apple IT managers deploy Apple devices, build networks to support them, train users, stories from the trenches of IT management, and ways Apple could improve its products for IT departments.

It’s hard to believe Apple Configurator is now over TWELVE years old. In fact, you can still read the original release story from when 9to5Mac covered the announcement. I can still remember where I was when it was announced. I was leaving another school that was looking to migrate to Google Workspace (Google Apps at the time) from their local Exchange Mail Server, and I was giving them some tips from when I had done it a few years earlier.

When I got back to the office, I started to see the release announcements across various Apple websites. Compared to today’s cloud-first tools, Apple Configurator isn’t something that most businesses can use as their only iOS and macOS management tool. Still, at the time, it was a fundamental breakthrough for many organizations just getting started with iOS management. It finally made technology like the Volume Purchase Program scalable for organizations buying apps in bulk. The role of Apple Configurator in 2022 is much different, but let’s look at what was life before it was released.

Before Apple Configurator, the process of deploying apps was suspect at best. You’d buy however many copies of an app you needed (20 was/is the minimum to get a discount) and receive an Excel spreadsheet with App Codes. You’d take the first one, redeem it in iTunes, and then “keep” the test for compliance reasons. If you were deploying apps to personal devices, you’d simply email the app code to people in order to redeem it.

With Apple Configurator, you’d redeem the first code in iTunes to grab the App file, add it to Apple Configurator, and then you’d import the spreadsheet to unlock additional licenses. You’d then have the option to sync it over a USB connection to devices in bulk. I tinkered quite a bit finding USB hubs that could power multiple iPads at a time – the most I could ever get was 8–10 going at once. When you’d want to remove an app, you’d plug it back up, uncheck it in Apple Configurator, and then resync. Compared to today’s environment, this process seems archaic, but at the time, it was light years ahead of what we had.

The role of Apple Configurator in 2022 is much different. In fact, you don’t even have to use it. Apple’s zero touch deployment model means that it can hand out boxed devices and employees/students can unbox, connect to Wi-Fi, get enrolled in MDM, and get the right apps and profiles installed. It’s possible that IT can run an Apple deployment for many years without ever touching a device. With Erase All Contents and Settings, it’s possible for an IT department to wipe devices and disown it from MDM to resell/trade-in when the lease is up as well. In the age of remote work, it’s really amazing what all IT professionals can do without touching a device.

Apple Configurator is still useful if you want to use it, though. In my experience, I’ve found that using it on freshly unboxed devices to manually install a Wi-Fi profile can speed up deployment times if IT doesn’t want to spin up a password free Wi-Fi network. I would often use the macOS version of Apple Configurator to install a single Wi-Fi profile on all the devices as I unboxed them and then let others help me go through the process of onboarding it the MDM, etc. It’s not required, but it’s a nice option.

Last December, Apple released the initial version of Apple Configurator for iPhone after announcing it at WWDC 2021. The main reason to use the iPhone version of the App was to onboard devices not purchased through the school’s Apple account into Apple Business/School Manager. In what situation would this be beneficial? My initial pitch for the app was if a Mac was donated to a school or business (non-profits) to use in day-to-day operations. I ran into this situation many times, and I’d never turn down free iPads, but it did make managing them a challenge.

With the update to Apple Configurator in 2022, schools and businesses will now have the option to onboard iOS and iPadOS devices into their Apple accounts that we’re purchased directly from Apple. Why is this beneficial? For the same reasons I mentioned above with donated devices, there’s also an emerging use case: supply chain problems. Finding devices that are in stock has become a challenge. Finding devices in bulk has become an even bigger challenge. I’ve read countless tweets throughout the spring and summer from schools with delayed shipments. The summer period is when schools generally are ramping for their fall device rollout, so an August or September delivery isn’t ideal. I’ve talked to several schools who’ve been piecing Mac deployments together by buying devices at Best Buy, Amazon, B&H Photo, and other retailers. With Apple Configurator for iPhone, these devices can eventually make their way into their Apple Business/School Manager account, so they function just like they came directly from Apple.

The additional iPad and iPhone onboarding for Apple Configurator for iPhone won’t help a school today, but it will help in the future. If supply chain issues are still around in 2023, it’ll give schools another option for where to purchase their devices. If they get devices donated that support iOS 16, schools and businesses can simply say thank you, onboard them into Apple Business/School Manager, and add them to their mobile device management system just like all the other devices in the fleet. It might seem like a minor upgrade, but it’s a significant enhancement in the right situation.