Apple event: The full recap on iPhone 14, Apple Watch Ultra, and much more 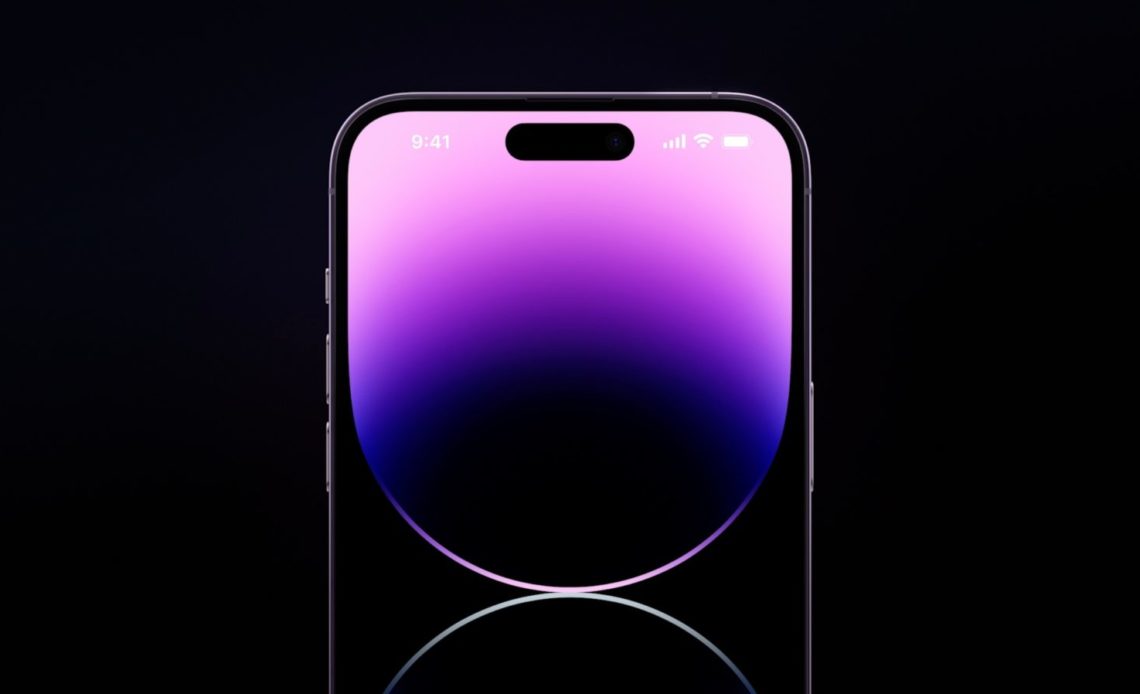 Today’s Apple event was packed with new announcements from Apple. There’s the iPhone 14 lineup with four new models, the Apple Watch Series 8, the Apple Watch Ultra, AirPods Pro 2, and much more. Head below for the full details on everything Apple announced at today’s “Far out” event from Steve Jobs Theater.

We kicked things off today with the new Apple Watch Series 8. The biggest change here is the addition of not one but two new temperature sensors. One of these temperature sensors is located on the back of the watch, close to your skin, while the other is located under the display. Apple says that this dual-sensor design helps to reduce “bias from the outside environment.”

The new temperature sensors are there to power new women’s health features. Apple says that it will rely on nighttime wrist temperature a “good indicator of overall body temperature.” As such, the Apple Watch Series 8 will sample the wrist temperature during sleep every five seconds and measure changes as small as 0.1° C.

Utilizing the new temperature-sensing capabilities in Apple Watch Series 8, users can receive retrospective ovulation estimates. Knowing when ovulation has occurred can be helpful for family planning, and Apple Watch Series 8 makes it easy and convenient by providing these estimates in the Health app. Temperature sensing also enables improved period predictions.

Additionally, with iOS 16 and watchOS 9, all Cycle Tracking users can now receive a notification if their logged cycle history shows a possible deviation, such as irregular, infrequent, or prolonged periods, and persistent spotting, which can be symptoms of underlying health conditions.

Apple Watch Series 8 is also adding a new Crash Detection feature. This feature uses “an advanced sensor-fusion algorithm” and “leverages a new, more powerful gyroscope and accelerometer” to detect when you have been in a car wreck.

If Apple Watch detects a car crash, it will check in with the user and dial emergency services if they are unresponsive after a 10-second countdown. Emergency responders will then receive the user’s device location. That information is also shared with the user’s emergency contacts.

Finally, Apple Watch Series 8 adds a new Low Power Mode that can extend battery life to up to 36 hours, so long as there is also a paired iPhone. This feature temporarily disables or limits select sensors and features, including the Always-On Retina display, workout autostart, heart health notifications, and more. Notably, this feature is also coming to the Apple Watch Series 4, 5, 6, and 7 as well.

The design of the new Apple Watch SE is the same as its predecessor. The only physical change is a redesigned matching back case made of a nylon composite material, which makes it slightly lighter than before.

Apple Watch SE is available in 40mm and 44mm aluminum cases, in midnight, starlight, and silver finishes. It’s available to order today with a starting price of $249, which is $30 cheaper than before.

Where the Apple Watch really gets fun, however, is with the Apple Watch Ultra. The Apple Watch Ultra features a new 49mm casing that’s made from a new titanium formulation that is more durable than before. There’s a new Action button on the left-hand side that is customizable for a wide range of things, like starting a workout, opening an app, or even running a shortcut.

The Apple Watch Ultra has a maximum display brightness of 2000 nits, which is 2x brighter than any other Apple Watch. There are also three built-in microphones to significantly improve sound quality as well as advanced wind noise-reduction algorithms.

Apple Watch Ultra features a ton of features meant for extreme sports. There’s a dual-frequency GPS that integrates new positioning algorithms for the most accurate GPS of any Apple Watch to date. This gives users more precise information for things like distance, pace, and route data.

Apple Watch Ultra has the best battery life of any Apple Watch, reaching up to 36 hours during normal use and up to 60 hours using a new low power setting.

The Apple Watch Ultra is available to order today for $799 and the first orders will arrive on September 23.

Next up, Apple announced the long-awaited second-generation AirPods Pro. The design remains unchanged, with AirPods Pro 2 using the same in-ear form factor as before. You will get a new extra small eartip size in the box, though.

AirPods Pro 2 are powered by Apple’s new H2 audio chip, which offers a number of upgrades over the H1 chip that first debuted in 2019. Apple says you can expect AirPods Pro 2 to cancel up to twice as much noise as the previous generation. There is also a new low-distortion audio driver and custom amplifier for richer base and clearer audio.

Apple is expanding on Transparency mode with a new Adaptive Transparency feature. This feature works by using on-device processing to reduce loud environmental noise such as a passing vehicle siren, construction tools, or even loud speakers at a concert.

On the AirPods Pro stem, Apple has added an additional capacitive layer of controls. These controls allow you to swipe up or down to instantly adjust volume levels. You also still get the same force touch sensor as before for things like play and pause controls.

AirPods Pro offer 1.5 hours of additional listening time over the first generation, for a total of up to six hours. With the charging case, you can go for up to 30 hours. The charging case also now supports Find My with precision tracking, has integrated speakers for pinging it if you lose it, and integrated connectors for wrist straps. It can also now be charged via the Apple Watch charging puck.

AirPods Pro 2 will be available to order on Friday, September 9. Pricing is unchanged at $249. The first orders arrive September 16.

The iPhone 14 and iPhone 14 Plus are powered by the A15 Bionic chip with a 5-core GPU, a slight upgrade over the iPhone 13 last year. They also feature support for Crash Detection just like on the Apple Watch.

Both models have an updated internal design for better thermal performance and Super Retina XDR displays with OLED technology that supports 1200 nits of peak HDR brightness.

Camera technology has also gotten a big update this year. The iPhone 14 and iPhone 14 Plus both feature a new 12MP Main camera featuring a larger sensor and larger pixels.

Apple has also added a new Photogenic Engine that uses hardware and software to improve low-light and mid-light performance for all cameras: up to 2x on the Ultra Wide camera, 2x on the TrueDepth camera, and 2.5x on the new Main camera.

The full rundown of camera upgrades:

The iPhone 14 and iPhone 14 Plus also add support for satellite connectivity, as has been rumored for nearly two years. Apple is referring to this as an expansion of the Emergency SOS feature.

The iPhone 14 lineup also introduces Emergency SOS via satellite, which combines custom components deeply integrated with software to allow antennas to connect directly to a satellite, enabling messaging with emergency services when outside of cellular or Wi-Fi coverage. Satellites are moving targets with low bandwidth, and it can take minutes for messages to get through.

Since every second counts, with Emergency SOS via satellite, iPhone front-loads a few vital questions to assess the user’s situation, and shows them where to point their phone to connect to a satellite. The initial questionnaire and follow-up messages are then relayed to centers staffed by Apple‑trained specialists who can call for help on the user’s behalf. This breakthrough technology also allows users to manually share their location over satellite with Find My when there is no cellular or Wi-Fi connection.

Emergency SOS via satellite will be available to users in the US and Canada in November, and the service will be free for two years.

Last but not least, the iPhone 14 Pro and iPhone 14 Pro Max. The biggest change here is the all-new “Dynamic Island” cutout that appears at the top of the display in place of the notch alongside the Always-On display.

The new pill-shaped cutout at the top is even more interactive and versatile than the rumors had predicted. You can tap and hold to find more options and controls. The Dynamic Island can show things like album art for content in the Music app, controls for FaceTime, specific background activities, and more. The new Live Activities feature coming iOS 16 also integrates with the Dynamic Island, meaning you can see live notifications directly in the new screen area.

“The Dynamic Island enables new ways to interact with iPhone, featuring a design that blends the line between hardware and software, adapting in real-time to show important alerts, notifications, and activities,” Apple says.

The iPhone 14 Pro and iPhone 14 Pro Max also include major updates to the display technology. The bezels are thinner and there is now peak outdoor brightness of 2000 nits alongside HDR brightness of 1600 nits. The bigger update to the screen, however, is the new Always-On Display. The Always-On Display shows the time, widgets, and Live Activities. You can also show your wallpaper in a dimmed state.

The new Always-On display is made possible by an updated ProMotion screen that can now refresh at as low as 1Hz while still reaching up to 120Hz.

In terms of performance, the iPhone 14 Pro is powered by a new A16 chip, which is built on an updated 4nm process for improved efficiency and performance. Apple didn’t get into many specifics on A16 performance itself, instead focusing on how Apple’s chip technology continues to be years ahead of the “nearest competitor.”

Camera technology for the iPhone 14 Pro and iPhone 14 Pro Max is just as impressive as we expected. The main camera has been updated to a 48MP lens with a quad-pixel sensor and an f/1.78 aperture. This quad-pixel sensor “adapts to the photo being captured,” combining every four pixels into one. In doing this, Apple says you can get “amazing low-light” images as well as keep the image photo size down.

The quad-pixel sensor also enables a 2x Telephoto option that uses the middle 12 megapixels of the sensor for full-resolution photos and 4K videos with no digital zoom. Additionally, using the ProRAW feature, professionals can shoot the full 48MP resolution.

The iPhone 14 Pro models also use the Photogenic Engine for improvements to low-light and mid-light performance.

Outside of the new these changes, there are a number of other upgrades; including the first-ever upgrade for the Ultra Wide camera:

And of course, iPhone 14 Pro offers other previously mentioned features including Crash Detection and Emergency SOS via satellite.

What was your favorite announcement at today’s Apple event? Let us know down in the comments!