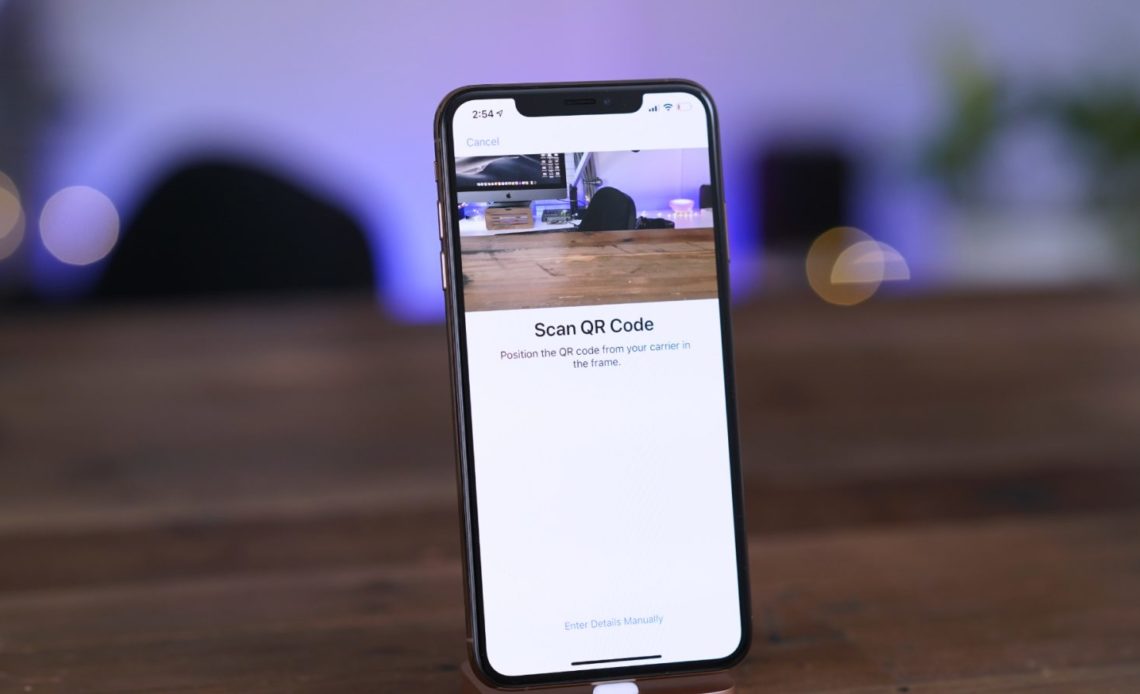 The physical SIM card era has its days counted. With customers in Europe and Asia adopting the eSIM technology and the addition of an eSIM option to the third-gen iPhone SE, US carriers are getting ready for a not-so-distant future where the iPhone will also not have a SIM card port; it seems the upcoming iPhone 14 could lead the way for this technology improvement.

A new report by the Wall Street Journal shows the eSIM technology has become popular in Europe and Asia, where consumers tend to switch between prepaid plans to get the best data package available, and why this technology will only get more adopters.

Even in the US where people typically stick with one carrier, the three major providers are also preparing for this cardless future. WSJ reminded us that with last year’s iPhone 13, Apple stopped including physical SIM cards in the box while some Android manufacturers even stopped supporting physical SIMs at all.

“It’s a natural evolution,” said Jeff Howard, vice president of mobile devices and accessories at AT&T. “It’s going to make the experience better down the road.”

By the beginning of the year, GlobalData analyst Emma Mohr-McClune said, “An eSIM-only iPhone was always a question of ‘when’, not ‘if’ – but, so far, there has been insufficient consideration as to ‘how.’” Although Apple is unlike to take a “big bang” approach with the iPhone 14 by getting rid of the physical SIM and betting only on the eSIM technology, this smartphone could be the one to start bringing just the eSIM option.

We don’t believe that Apple will take the ‘big bang’ approach – getting rid of existing systems and transferring all users to eSIMs – but rather launch an eSIM-only variant of its upcoming new model – retaining the dual eSIM-plus-physical SIM slot model for the mass market and its key carrier channel.

To that end, we believe telecom companies will be given the choice of whether to stock and sell a new eSIM-only iPhone variation alongside more cellular business-friendly dual eSIM/physical SIM support models.

Apple started making room for the eSIM technology with the iPhone XS. Now, with the iPhone 13, the company lets you have two eSIM cards working at the same time, which means you don’t even have to use a physical SIM card to have multiple lines.

To the Wall Street Journal, the group president of technology and head of strategy at Amdocs, an eSIM software company, Anthony Goonetilleke, said there are also safety reasons why an eSIM-only future is the way to go.

You can suddenly send out a security update to millions of people globally if an issue is found. You can’t do that with physical SIMs.

While Apple is readying this year a revamped iPhone Pro with a new design, recent pressure from the European Union wants to make it mandatory that the iPhone features USB-C as the block has reached a common charging port agreement.

While analysts already predicted that Apple is aiming for a USB-C iPhone for as soon as 2023, it could also mean that the company is looking for a portless feature with only MagSafe charging.

If the company succeeds at moving away from physical SIM cards to the eSIM technology, why wouldn’t it be able to take all the ports from the iPhone? It already made the move to stop supporting the headphone jack with the iPhone 7 and it also supports up to two eSIM lines working at the same time.

Would you be happy if Apple starts supporting eSIM only with the next iPhone release? Share your thoughts in the comment section below.