Android ‘@Work’ minis from Dead Zebra show the mascot holding a Pixelbook, more [U: In stock] 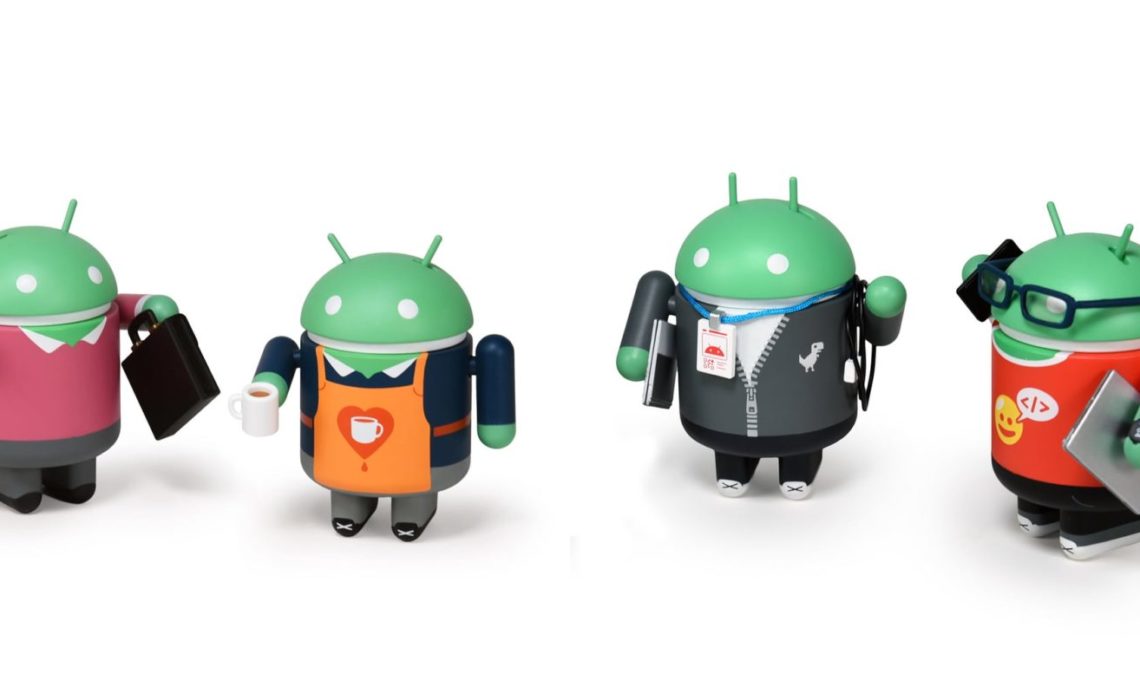 The latest set of Android minis from Dead Zebra show the beloved mascot “@Work” in a variety of jobs, including a depiction of an IT manager holding a Pixelbook and one wearing a smartwatch.

Update: The new series of figures are now available for purchase.

Over the years, design brand Dead Zebra has offered numerous officially licensed toys, minis, and stickers based on the Android mascot. The brand has also crafted some products themed after other Google properties like Dino, Chrome’s offline dinosaur mascot.

The latest batch of Android mascot merchandise comes in a series of miniature figures depicting In total, there are 12 new figures, each depicting Android in a different career, including the appropriate clothes and accessories for that job.

Some of our favorites include the reporter (of course) which features a sharply-dressed mascot with a camera & microphone and the apron-wearing Android barista with a coffee cup; what’s especially fun about this set is the attention to details. For example, the tech support Android figure has a security badge loosely tied around its neck and is holding a 2017 Google Pixelbook. Meanwhile, the coder figure has a phone in its hand, and a (Pixel?) watch painted on its wrist.

The full set goes into a diverse group of workers including farmers, doctors, construction workers, and more:

For now, Dead Zebra simply as “coming soon,” with price or release date shown. Based on the similarly-detailed “” set that the brand currently offers, we expect the Android @Work minis to retail somewhere around $12 each.

Update 5/16: Dead Zebra has now made its delightful Android @Work miniatures available for purchase on its . Each mini will set you back $12, or you can buy the whole set for $132 (a $12 discount). According to a tweet from the studio, you may also be able to find the figures in stock at select retailers.