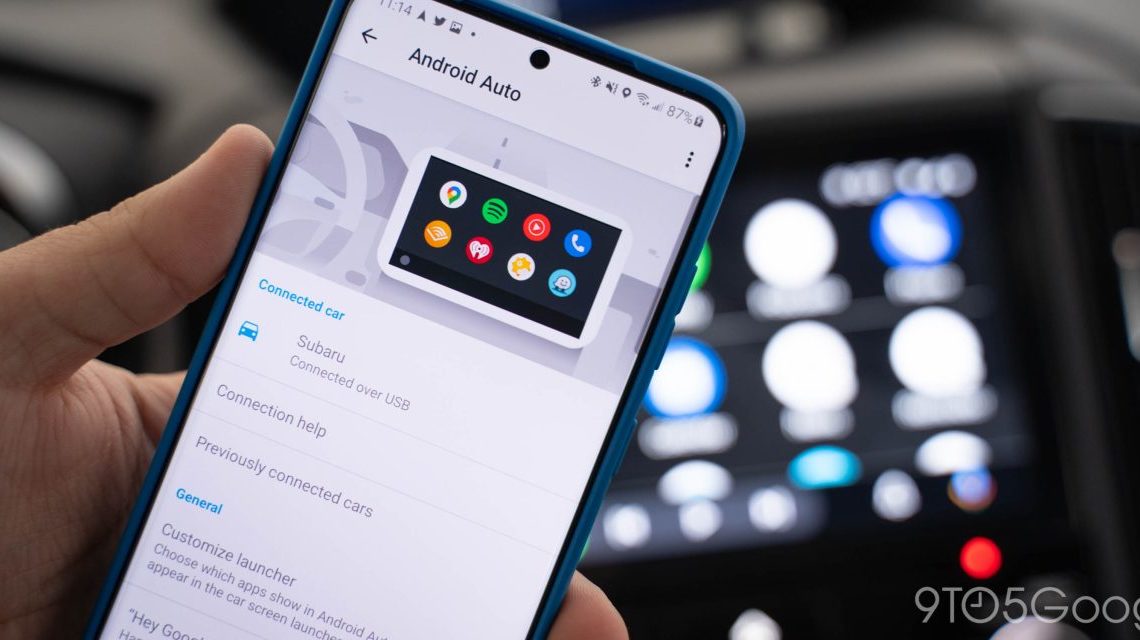 Android Auto just released its long-awaited redesign to beta testers, but the in-car UI isn’t the only thing getting a revamp. Hiding behind the scenes of the latest Android Auto updates is a redesigned settings menu full of Material You.

The settings menu for Android Auto on your phone isn’t something you need to access particularly often, but when you have it’s been a bit of a jarring experience for quite some time. The older settings menu has had roughly the same overall design since 2020, with an illustration of the Android Auto interface at the top and settings below it.

The entire look and feel, pictured above, was in stark contrast to Android as whole.

And on top of that, it also lacks support for dark mode, an especially glaring omission given Android Auto itself ditched a light theme entirely back in 2019.

Now, though, Google is finally doing something about it.

In Android Auto 7.5, there’s a redesigned version of the Android Auto settings menu complete with dark theme and Material You. This new settings menu isn’t live for everyone just yet, but our Dylan Roussel was able to activate it manually to offer up an early look. As with most modern Android apps from Google, it supports Material You themeing for accent colors and can switch between light and dark themes, as pictured below. The overall look is also much cleaner and clearer than it was previously.

It’s not clear when Google intends to roll this new settings menu out widely for Android Auto users, but with the “Coolwalk” redesign now in beta, it might make sense for the two to make a wide debut together.