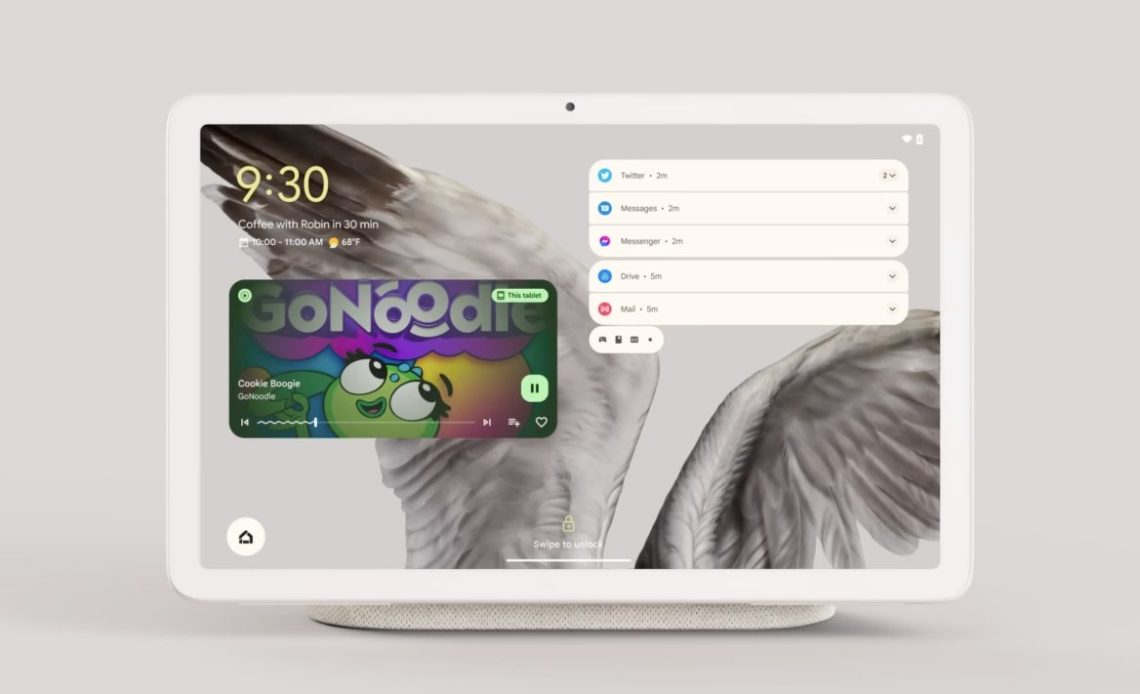 The latest Beta preview of Android 13’s second quarterly update includes new details about the Google Pixel Tablet dock and ways to use the stylus.

Rather than launching as a simple Android tablet, the Google Pixel Tablet is set to debut with two unique features. For one, it will act as the center of your smart home by connecting to a charging dock to become a smart display.

Beyond that, the Pixel Tablet is set to be the first Android device with support for the Universal Stylus Initiative (USI). That means you can use any compatible USI stylus with Google’s tablet — such as one you may already own for a Chromebook — rather than needing to use a Google-branded one. More importantly, USI helps make things like pressure sensitivity more standardized across the industry, allowing more experiences to be built with those features.

Focusing first on the Pixel Tablet charging dock, we find Google is wisely including a battery defender feature. By default, the dock will only let the device charge up to 90% capacity and stop.

<string name=”dock_defender_first_run_des”>”To extend your battery’s lifespan, charging paused at %1$s while docked. Go to Settings to fully charge your tablet.”</string>

This will help ensure the Pixel Tablet will keep a useful battery life over the years. Pixel phones offer a similar feature today, ensuring that 100% capacity is reached close to your normal wake up time, so that the battery doesn’t stay full for long. As Google intends for the Pixel Tablet to be on its dock for extended periods, capping the charge at 90% is a safer solution.

Meanwhile, for those wanting to use a USI stylus with the Pixel Tablet, one thing to be aware of is that the stylus will need to be recharged from time to time. To help you be more aware of the pen’s charging needs, Android 13 QPR2 Beta 2 includes preparation for stylus charging notifications.

It’s not yet clear how you’ll charge the Pixel Tablet stylus or if Google even intends to offer a pen of its own, but clearly the tablet will keep you notified as the battery rises and falls.

The more intriguing addition is a hint at a new “Notetaking” feature. From what we can piece together, pressing a button on your stylus will quickly launch an app for taking notes. This quick note will appear inside of a bubble, allowing you to quickly put it aside and reopen when you need it.

The most likely candidate app for this would be Google Keep Notes, but as of today that app doesn’t have the necessary Android intent or any bubble features. More broadly, this support for launching quick notes should also be available to other, future Android tablets that choose to support USI styluses.

More on the Pixel Tablet: