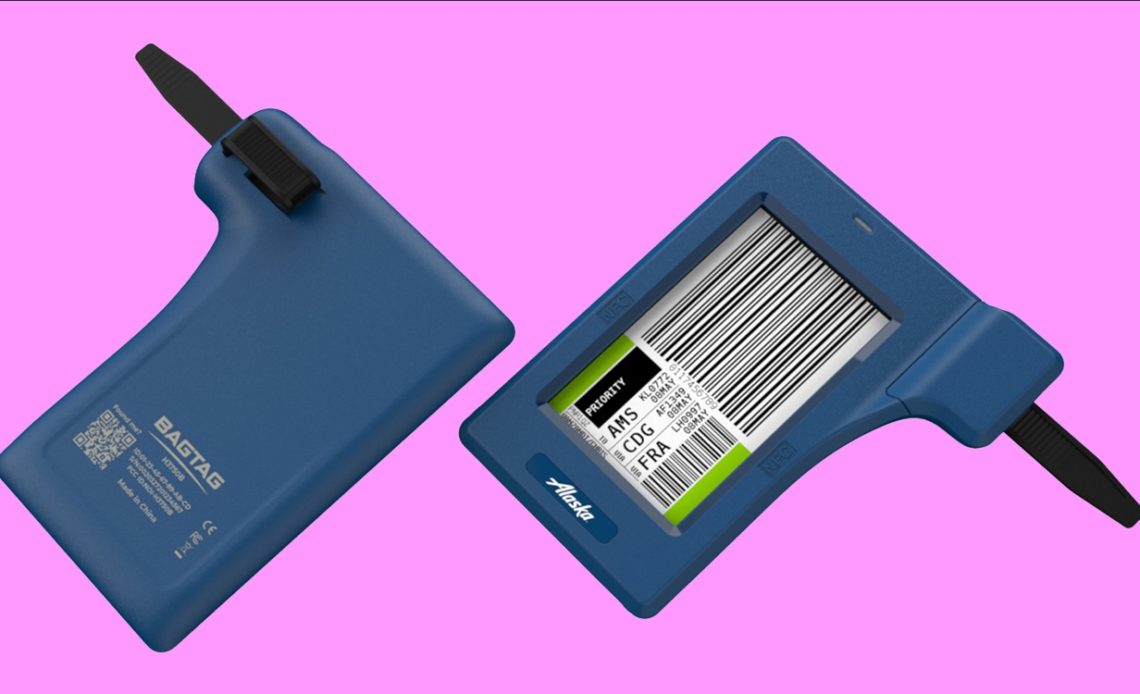 One piece of tech which has proven slow to, uh, take off is an electronic baggage tag to replace the usual paper label applied to hold baggage at check-in. Alaska Airlines is hoping to boost adoption by offering it free of charge to frequent fliers.

The first e-ink baggage tag I saw was back in 2016 when luggage-maker Rimowa started offering one built-in to selected suitcases.

In 2019, British Airways offered its own version, called TAG, selling at around $100.

They work via the NFC tags on iPhones and Android smartphones. When you touch your phone to the tag, flight data is transmitted from your airline app to the tag, where it is automatically displayed. The use of e-ink means the tag only uses power to update – no power is needed to actually display the flight information, meaning a small battery can last for hundreds or even thousands of flights.

However, the idea hasn’t achieved much traction, perhaps because most frequent fliers travel hand-baggage only, and the cost is off-putting to those who fly less often.

Alaska Airlines said it is the first US airline to adopt the tech.

We will become the first U.S. airline to launch an electronic bag tag program later this year.

Electronic bag tags will allow guests to skip the step of printing traditional bag tags at the airport. Travelers will be able to activate the devices from anywhere – their home, office or even car – up to 24-hours before their flight through our mobile app.

“This technology allows our guests to tag their own bags in just seconds and makes the entire check-in process almost all off-airport,” said Charu Jain, senior vice president of merchandising and innovation at Alaska.”

The activation is done by simply touching the phone used for check-in to the electronic bag tag, which has an antenna that powers and reads the information transmitted from the phone. The e-paper bag tag’s screen will then display the guest’s flight information.

To try to kick-start adoption, Alaska is offering 2,500 of the tags free of charge.

Rollout of the electronic bag tag program will happen in several phases. The first phase will initially include 2,500 Alaska Airlines’ frequent fliers who will begin using free electronic bag tags in late 2022. Mileage Plan members will have the option to purchase the devices early next year.

E-ink baggage tags could make good companion devices to AirTags to help keep track of your hold baggage – though some experiences have demonstrated that they aren’t a panacea.

Find My showed that the [missing] bag was at an apartment in central London, but despite the owner passing this information to the airline, it still failed to recover it. Finally, a week later, Sharod gave up and contacted the police, who swiftly recovered the bag.

Fortune reports a similar case, where a golfer could see the (moving) location of his golf clubs, but the airline was still unable to reunite them with their owner.