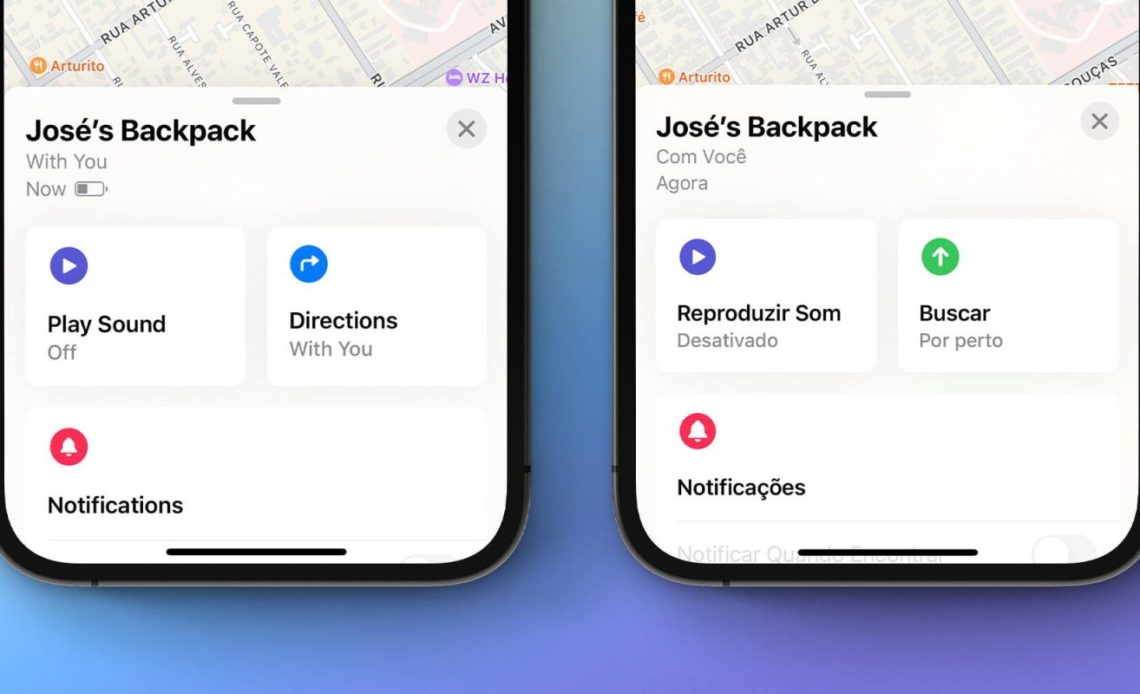 Apple just released iOS 15.6, and alongside a few new features, the company is making an odd choice, as it has removed the AirTag battery indicator from the Find My app. The change is also part of the latest iOS 16 beta 3 build 2.

As spotted by the Dutch Apple blog iCulture, the AirTag battery is now gone from the Find My app after the iOS 15.6 update. As you can see in the image above, my iPhone XS running iOS 15.5 still shows the battery indicator, while the iPhone 13 Pro on iOS 16 does not.

When you tap below your AirTag data, you can still see its serial number, firmware version, and the last time it was found, but the battery indicator is now gone. Although it wasn’t that reliable, as you can’t see the percentage of the battery, at least you would know if it was about time to change it.

Since Apple released its AirTag item tracker a year ago, a lot of concerns have been raised, as the accessory has been used to stalk people. Now, one of its most important features is missing.

As of now, it’s unclear whether Apple just accidentally removed the battery indicator or if it’s intended to be this way.

Apart from that iOS 15.6 also brings:

How do you feel about this change on the Find My app regarding the AirTag? Have you noticed anything different on iOS 15.6? Share them with us in the comment section below.