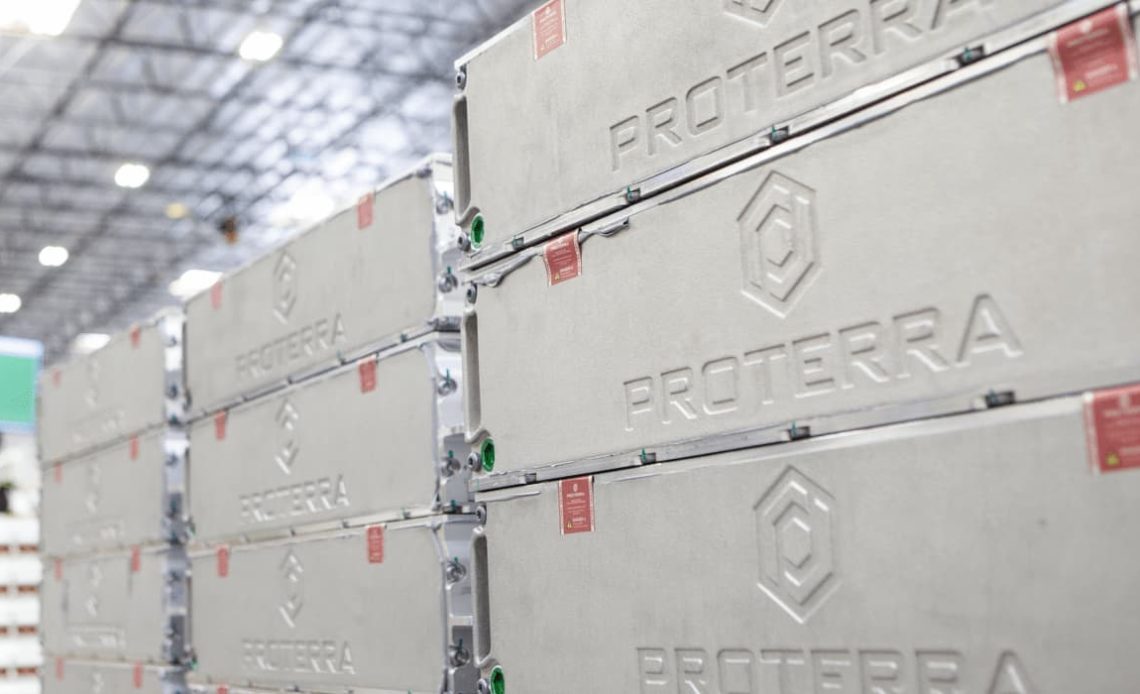 Proterra primarily focuses on the commercial EV industry with its proprietary platform. Vehicle manufacturers can partner with Proterra to introduce 100% battery electric vehicles to their fleet.

On top of this, Proterra revealed its fifth generation EV bus, the ZX5 electric bus, featuring the ProDrive 2.0 drivetrain. The drivetrain includes a four-speed EV transmission to make climbing hills a breeze, an upgrade from the two-speed gearbox in the first generation.

The examples above are only a portion of what Proterra is accomplishing in the commercial EV industry. The company’s latest electric bus deal with ENC is another step in the right direction as Proterra leads the transport sector to a cleaner, more sustainable future.

ElDorado National California, or ENC, is a division of REV Group that makes commercial vehicles for transit such as airports, parking lots, and universities.

The ENC electric bus is loaded with an industry-leading 738 kWh battery energy storage and is expected to be available in 32, 35, and 40-foot models. VP and GM of ENC, Jason Moore, explained:

ENC is excited to work with Proterra to provide the next-generation Axess EVO-BE with best-in-class battery technology as part of our ongoing focus on delivering zero-emission transportation solutions.

Meanwhile, Proterra’s battery packs are designed and made in Silicon Valley (Burlingame, CA), home to some of the most innovative thinkers in the world. The battery tech company’s president, Chris Baily, claimed:

Public transit is at the forefront of electrification. Along with our partners at ENC, we’re delighted to help power this critical transformation with our battery technology and help bring cleaner air to cities and towns across the United States through zero-emission transportation.

Proterra’s president Chris Baily is spot on when he said, “public transit is at the forefront of electrification.”

The transportation sector contributes the largest share of greenhouse gas emissions in the US economy, with 27% of the total. Proterra is stepping up in a big way with its advanced electric battery technology to provide safe, zero-emission alternatives.

With several significant partnerships and investors, Proterra is using its American battery tech to cut down on emissions and provide a sustainable future for everyone. I can’t wait to see what’s next for Proterra and the commercial transportation industry.