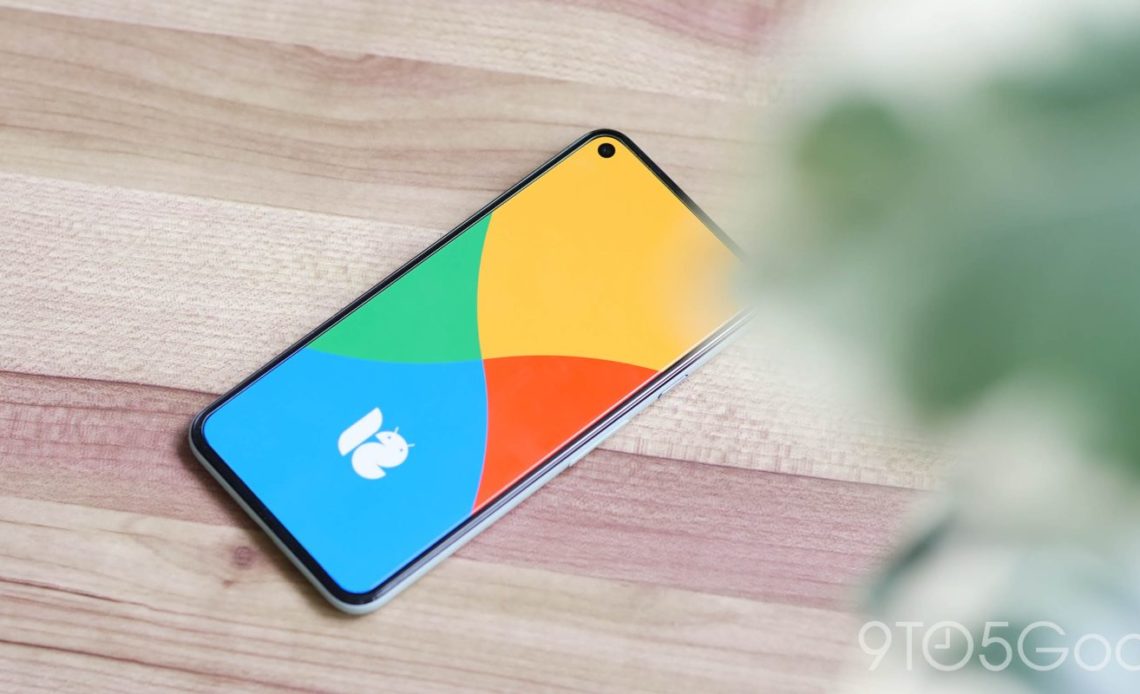 Every app open on Android 12 is accompanied by a launch animation to make “startup a more consistent and delightful experience.” One aspect of this is an animated icon on the splash screen, with Drive being the first Google app to support this on Android 12.

Update 11/19: Version 16.45.36 of YouTube is widely rolling out this evening with the animated splash screen

Update 11/11: YouTube is testing an animated splash screen with the latest beta (16.45.32) release. While simple, it’s quite nuanced and starts with the hollowed-out shape of the play button. Two triangles slide in from the left with the larger one — in faded red — serving as the background. There’s also a white triangle for the play symbol, while the vibrancy grows until the entire shape is filled.

Update 11/10: The animated Google Maps splash screen is now rolled out to the stable channel with version 11.6.2. It starts with a ring partitioned into five colors — there are two shades of blue. The pin icon then takes shape as the hues get into the correct diagonal positions. This animation first appeared with the 10.87.0 beta.

Update 11/8: The standalone Google Chat app has yet to receive a Material You redesign despite the integrated Gmail experience — and Meet — featuring the new look for quite sometime now. That said, version 2021.10.17.x does bring an animated splash screen that’s quite delightful.

It starts with splashes of green expanding from the bottom-left and top-right corner. As the splash screen takes up more and more of your screen, so do the green inserts until they overlap into a past and just sent message.

Update 9/17: Following an almost month-long pause, Google Calendar now has an animated splash screen. It was introduced alongside the broader Material You update that added Dynamic Color and tweaked widgets. Calendar’s borders fill-in from the perimeter, while the “31” expands out. Version 2021.37.0 is rolling out now via the Play Store.

Update 8/25: Google Contacts gained an animated splash screen with its broader Material You revamp. Version 3.52 of the app changes it so the icon no longer populates from left-to-right. Rather, it loads from the center with the person getting larger.

This expanding style matches the Docs editors and Google Duo. In comparison, News yesterday adopted the side slide-in.

Update 8/24: After a lull in updates — besides Contacts, Google News is the latest app to adopt Android 12’s animated splash screen.

It’s introduced with version 5.37 and one of the more delightful implementations that starts before the splash screen takes up the entire display. As it does, the outline is filled in with blue streaming in from the left followed by yellow and green. The ‘G’ logo then makes an appearance as red is the last color to appear. It then all fades out.

Update 7/13: Version 1.21.262.04.40 of Docs, Sheets, and Slides is rolling out with launch animations. These three apps share the same shape: a piece of paper that’s folded in the top-right corner. Like Duo, they load from the middle of the screen and expand outward.

It begins with a rectangle that features rounded corners. As the icon inside grows, the corner begins to fold for one of the more detailed (and delightful) animations so far.

Update 7/12: Version 144.0 of Google Duo for Android introduces a splash screen. Duo’s animation starts with an outline of the app icon. The blue shape then appears in the middle and expands outward, unlike the Workspace apps where color fills (out –>) in from the perimeter.

The video player shape starts off as a rounded rectangle with slight protrusion for the triangular “lens.” As it grows, it extends before arriving at the intended icon.

Update 7/10: When Google first announced the Splash Screen API with Android 12 DP3 in April, Google used Gmail — which already has an animation on the web — as an example. It’s now rolling out with version 2021.06.13.x of Gmail for Android.

In practice, the app opens and loads to your default inbox just before the “M” completely fills out at the center. This new update is still rolling out via the Play Store.

Original 6/27: This whimsical aspect of Android 12 starts when you tap an application. The app will expand out from where it’s located on the homescreen (or grid) until it takes over the four corners of the screen. When you open an app you haven’t launched in a while (cold or warm start), you’re also greeted with a splash screen that features the icon. As such, users are not subject to extra delay when getting back to an app they just opened (hot start).

Developers are able to customize the logo that appears, including the ability to use an animated icon. Another interesting aspect is how animations “can have an unlimited duration,” but Google recommends keeping it to 1,000 milliseconds. Developers can find full implementation details here.

Developers have long been able to design their own custom splash screens (e.g., YouTube TV), but Android 12 allows any app to easily do it as part of standardizing the opening experience.

The first Google app to adopt this animation is Drive. You first see Drive’s six-sided shape empty and hollowed-out. Once the splash screen takes over the entire display, the dark green, yellow, red, blue, dark blue, and green colors slide in from the edge.

Version 2.21.222.06.40 is widely rolled out today and the animated splash screen is live for all Android 12 users. It does not appear on early versions of the operating system.