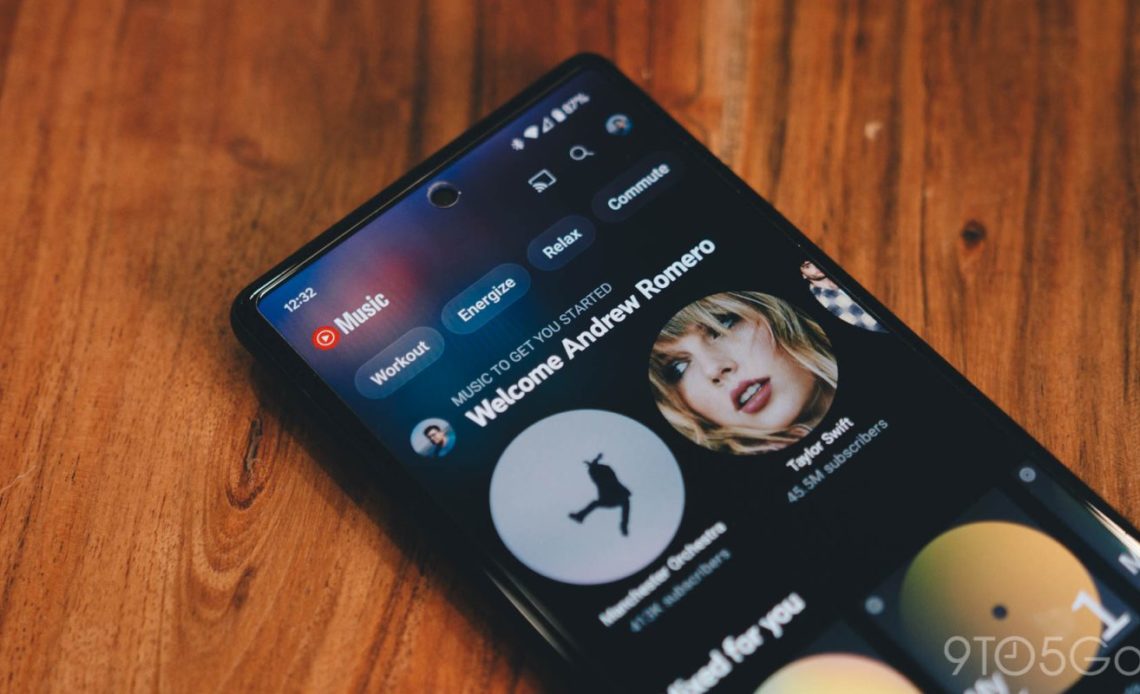 One of the major visual changes in Android 13 is a redesign of media controls, and YouTube Music has just been updated to support the new style.

Apps need to target API level 33 to take advantage of the new design. Otherwise, all controls appear at the very bottom of the taller player for a very cramped experience that complicates tapping.

YouTube Music 5.16 targets Android 13 and gets a rounded square pause button at the right, while the play action is housed in a circle with transition animation between those states. The squiggly progress bar is flanked by back/forward, with repeat and shuffle in the corner.

YouTube Music joins Chrome and Google Podcasts (which is updated via the Google app) in being fully compatible with the new media player. Spotify has yet to be updated, and will hopefully get a refresh before the Android 13 launch on Pixel in the coming weeks. The main YouTube app (for background audio playback) also lacks it.

That said, Google in Android 13 Beta 1 enabled the new design for all apps. It remains to be seen whether Google will require developers to update or automatically enable it to deliver a modern experience on day one.

Version 5.16 of YouTube Music is not yet widely rolled out via the Play Store, but should be by week’s end. (The app was notably not updated last week – 5.15 was skipped – on both Android and iOS.) Speaking personally, I’ve been waiting for this YouTube Music update before installing the Android 13 Beta on my daily driver. The packed controls were remarkably annoying for a frequently used application.