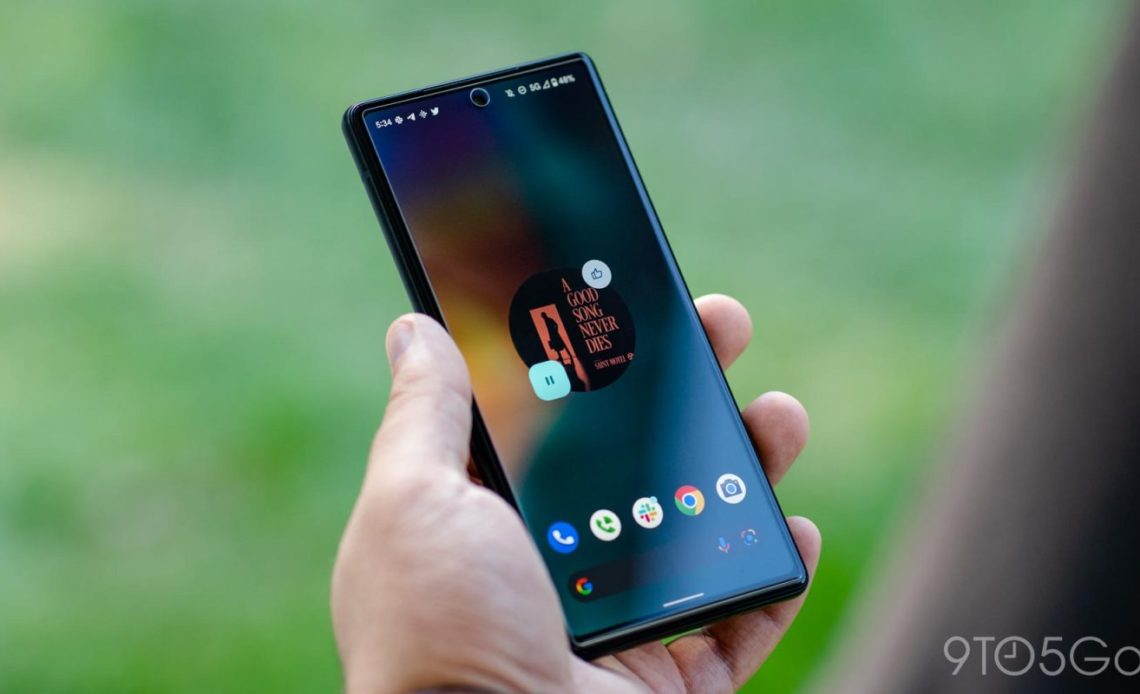 Earlier this year, YouTube Music redesigned its playlist and album views for tablets, but now it looks to be opting for a different interface on phones as part of a series of tweaks that add Material You buttons across the Android app.

Update 9/26: As of Monday, the Material You tweaks to YouTube Music are widely rolling out on Android and iOS via a server-side update. Availability on the iPhone and iPad is notable as Material 3 has remained on the first-party mobile OS since launch, but you could also see these UI tweaks — while sharing similarities — to be primarily YouTube’s.

Meanwhile, another button that gets updated is “Save” queue (to playlist).

Original 9/23: The tablet redesigns are best used in landscape orientation given the two-column layout, but there is a portrait version. Cover art is larger, while the top portion of your screen uses a blurred version as the background. You also get who made the playlist (e.g., you, YouTube Music, or other users) and the date/year in the very first line of the UI.

Next is a large play button that’s flanked by Download, Add to library, share, and an overflow menu. As you scroll down the track list, there’s a FAB (floating action button) in the bottom-left corner.

Some users already had seen this tablet-first design appear on phones, but it never widely rolled out. More people are now seeing a tweak to the existing layout that just swaps out the rectangular shuffle and play buttons for pill-shaped buttons that are visually more prominent.

Meanwhile, at the top of the Home feed, the mood filters (Energize, Workout, Relax, Commute, and Focus) are now housed in rectangles with rounded corners instead of pills. This use of chips follows Material You guidance. Of course, the broader app still follows the general YouTube design language with a decidedly non-Material 3 bottom bar remaining.

Lastly on the visual front, “More” (next to Listen again, Mixed for you, New releases, etc) is no longer text on a background and gets a proper, pill-shaped button.

These trio of Material You-friendly button changes are rolling out but are not widely available yet for all YouTube Music users.

Thanks Dee and Michael!