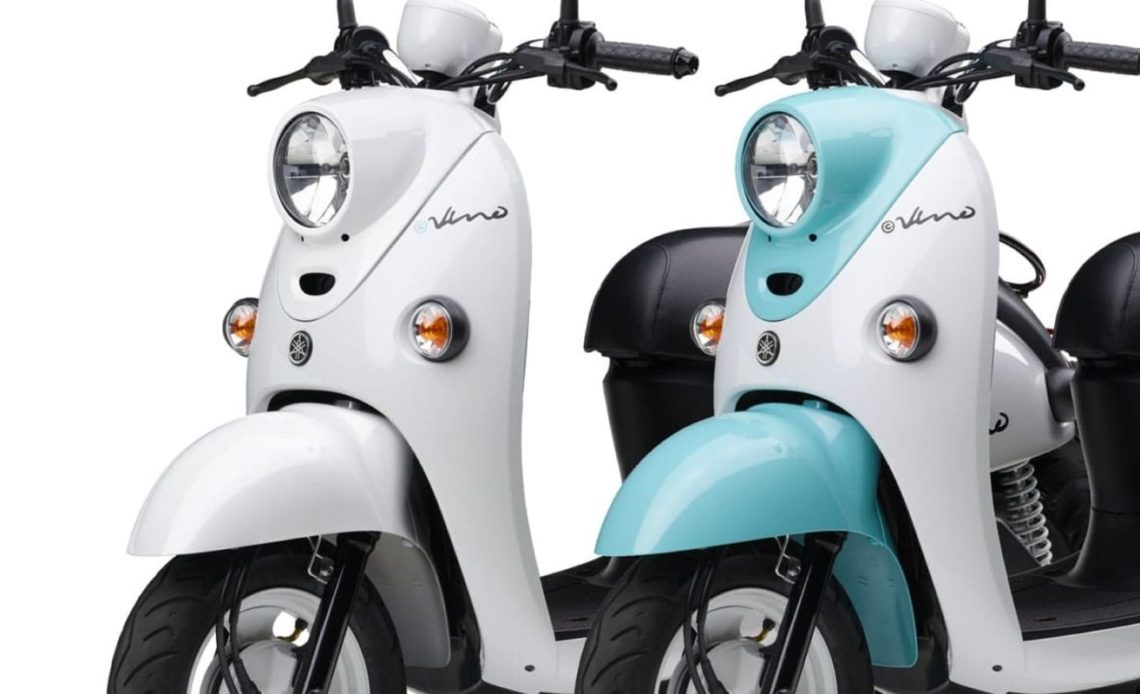 The Yamaha e-Vino, a cute little retro-inspired electric scooter that invokes some serious Vespa vibes, was never much of a powerhouse. But now, Yamaha is making the scooter slightly more enticing with some performance bumps on the newest model.

When we first covered the little runabout, we largely panned its specs of a 580W continuous-rated motor that only got the cute little thing up to around 27 mph (44 km/h).

The single 500Wh battery wasn’t much to write home about either, barely offering a range of 18 miles (29 km) in slow mode. A second battery option doubled the range, but 2x something small is still pretty small.

Now, the new e-Vino is taking a few strides to bump up those rookie numbers.

First, Yamaha increased the battery capacity of each pack by 17%, putting the new modules at 585 Wh instead of 500Wh.

With that increased battery capacity, Yamaha promises a whopping range increase from 29 km to 32 km. That’s a whole 20 miles, folks. Double, if you outfit it with two batteries.

It looks like the motor is now rated for 1,200 watts, which isn’t going be leaving any rubber snakes on the ground from those 10″ tires.

But the small and lightweight 68 kg (150 pound) electric scooter obviously isn’t meant for high performance rides. Rather, this is the epitome of an urban electric scooter designed for short jaunts across the city.

The updated 2023 model also gets a pair of new colorways.

As popular as the yellow and white retro-theme of the previous model remains, a pair of sky blue and white options are now available. They add a nice, clean look to the lineup and aren’t as bold as the former bright yellow colorway.

The new Yamaha e-Vinos are expected to enter showrooms by the end of this month, where they’ll sell for the equivalent of around US $2,200. Compared to prices of retro-electric scooters in the US, that’s fairly on par.

What do you think of Yamaha’s low power but high-class electric scooter offering? Let’s hear your thoughts in the comment section below.