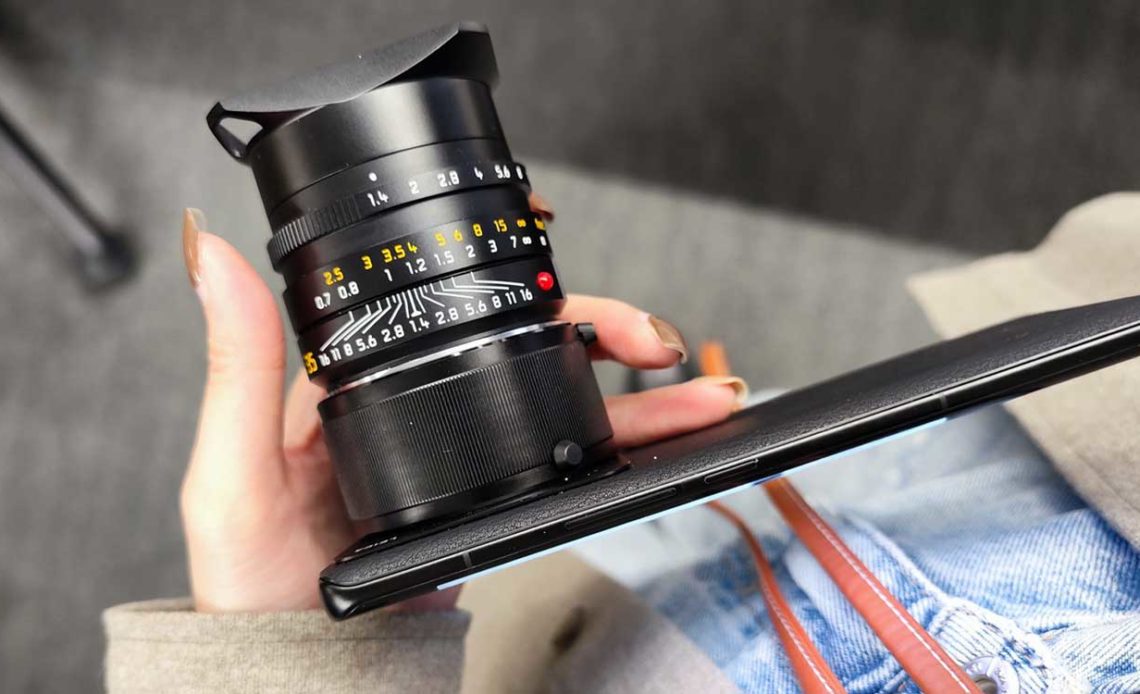 The idea of ditching a DSLR or mirrorless camera in favor of your smartphone is something many have dreamed of. Chinese smartphone firm Xiaomi has taken things a step further with the 12S Ultra Concept, which fuses detachable lenses and the firm’s most impressive smartphone to date.

Effectively a modified version of the Xiaomi 12S Ultra, with its 1-inch rear camera sensor, this concept device has an updated circular rear camera ring that supports the connection of Leica M-series lenses. The M-series lens collection has been designed for crop sensors, making this a fairly seamless fit.

Leica worked with Xiaomi to design and produce this concept device which has two 1-inch camera sensors plus a layer of sapphire glass protecting the camera module. This was added to protect the onboard lenses from scratches and marks that can come from the screw motion when attaching compatible Leica M-series lenses. It’s not fully clear just what camera sensor is being used, but we are led to believe that the same Sony IMX989 1-inch sensor is being utilized once again.

What you can see from the video is that a speed booster or lens extension tube is being used so that Leica lenses can be attached to the rear camera module of the Xiaomi 12S Ultra Concept phone. If a speed booster is required, this would indicate that this is not just a like-for-like switch as extra optics are required to focus incoming light to the smaller sensor.

This also could open the door for even greater lens adaption if Xiaomi were to release the device publicly; what’s interesting is that the 35mm Summicron-M lens showcased throughout this announcement often retails for north of $3,000.

For many, this looks very much like the natural progression for smartphones as sensor sizes increase and the limits of modern smartphone photography are reached. A brief video announcing the Xiaomi 12S Ultra Concept phone show that many common camera features are included with focus peaking, histogram, and even 10-bit RAW image shooting appear to be included.

As is often the case with such concept devices, it’s highly unlikely that we’ll see this smartphone come to market. That said, given the growing partnerships between Android OEMs and camera companies, this could be a growing area of development in the coming years. We’d love to get our hands on the device to put it through its paces and see just how it stacks up against the best smartphone cameras currently available, but this device is unlikely to hit retail channels inside and outside of China.

Our own Dylan Roussel has coined the term “phomera,” which is a pretty apt portmanteau of this impressive-looking phone-camera. Let us know what you’d call the Xiaomi 12S Ultra Concept down in the comments section below.