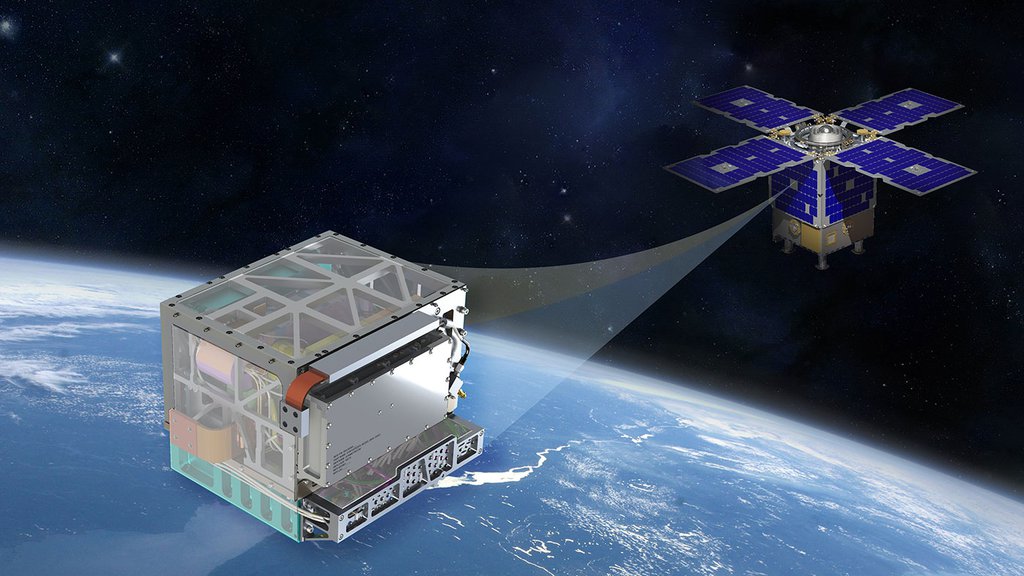 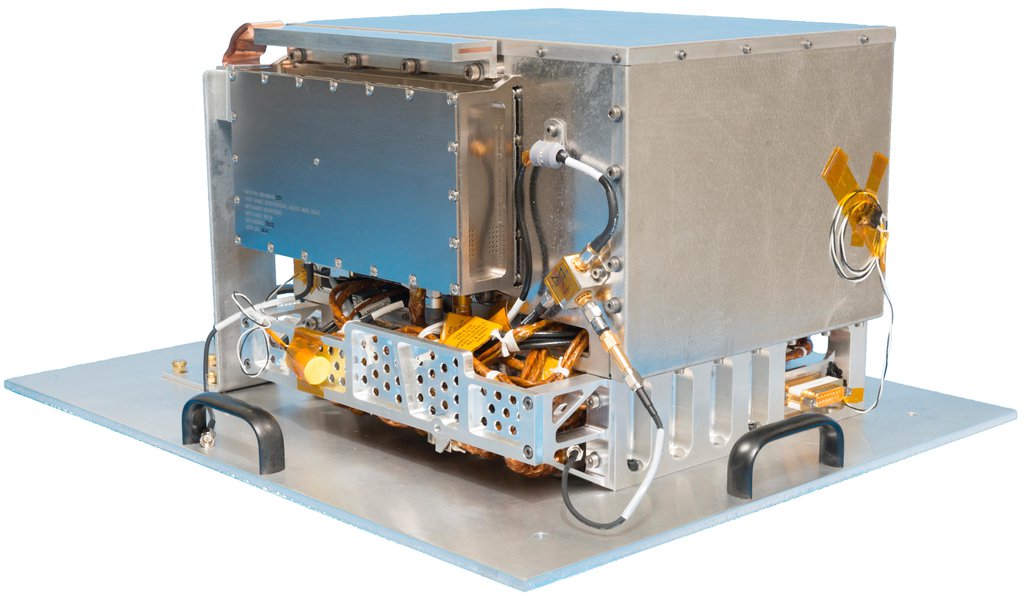 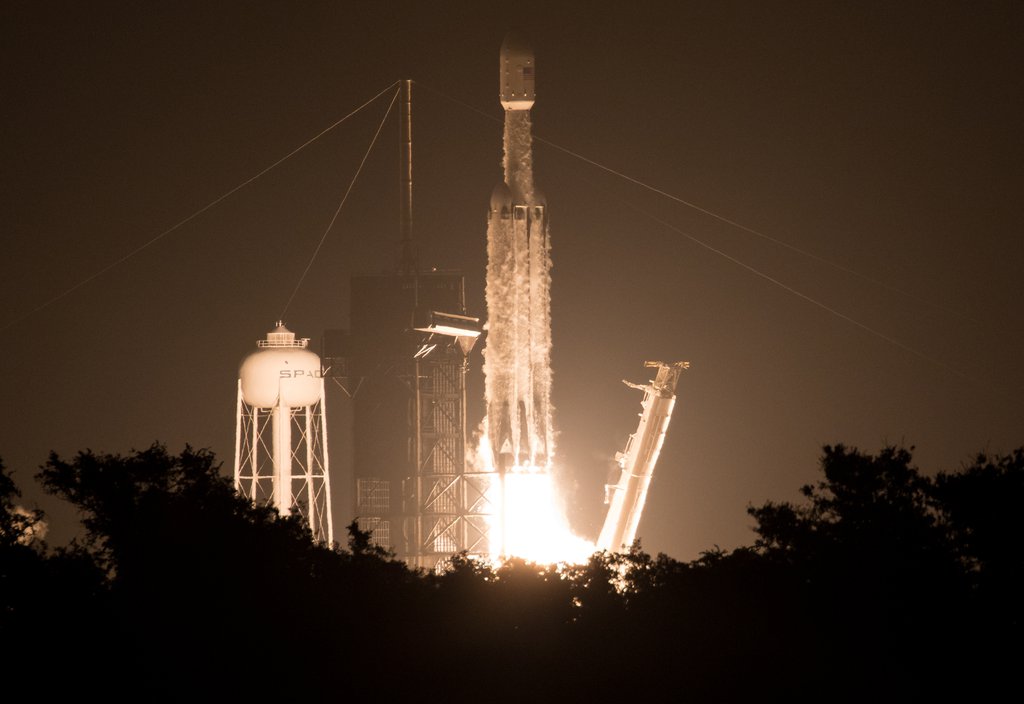 Geared toward improving spacecraft navigation, the technology demonstration operated far longer than planned and broke the stability record for atomic clocks in space.

For more than two years, NASA’s Deep Space Atomic Clock has been pushing the timekeeping frontiers in space. On Sept. 18, 2021, its mission came to a successful end.

The instrument is hosted on General Atomics’ Orbital Test Bed spacecraft that was launched aboard the Department of Defense Space Test Program 2 mission June 25, 2019. Its goal: to test the feasibility of using an onboard atomic clock to improve spacecraft navigation in deep space.

Currently, spacecraft rely on ground-based atomic clocks. To measure a spacecraft’s trajectory as it travels beyond the Moon, navigators use these timekeepers to precisely track when those signals are sent and received. Because navigators know that radio signals travel at the speed of light (about 186,000 miles per second, or 300,000 kilometers per second), they can use these time measurements to calculate the spacecraft’s exact distance, speed, and direction of travel.

But the farther a spacecraft is from Earth, the longer it takes to send and receive signals – from several minutes to a few hours – significantly delaying these calculations. With an onboard atomic clock paired with a navigation system, the spacecraft could immediately calculate where it is and where it is going.

Built by NASA’s Jet Propulsion Laboratory in Southern California, the Deep Space Atomic Clock is an ultra-precise, mercury-ion atomic clock encased in a small box that measures about 10 inches (25 centimeters) on each side – roughly the size of a toaster. Designed to survive the rigors of launch and the cold, high-radiation environment of space without its timekeeping performance degrading, the Deep Space Atomic Clock was a technology demonstration intended to carry out technological firsts and fill critical knowledge gaps.

After the instrument completed its one-year primary mission in Earth orbit, NASA extended the mission to collect more data because of its exceptional timekeeping stability. But before the tech demo was powered off on Sept. 18, the mission worked overtime to extract as much data as possible in its final days.

“The Deep Space Atomic Clock mission was a resounding success, and the gem of the story here is that the technology demonstration operated well past its intended operational period,” said Todd Ely, principal investigator and project manager at JPL.

The data from the trailblazing instrument will help develop Deep Space Atomic Clock-2, a tech demo that will travel to Venus aboard NASA’s Venus Emissivity, Radio Science, InSAR, Topography & Spectroscopy (VERITAS) spacecraft when it launches by 2028. This will be the first test for an atomic clock in deep space and a monumental advancement for increased spacecraft autonomy.

While atomic clocks are the most stable timekeepers on the planet, they still have instabilities that can cause a minuscule lag, or “offset,” in the clocks’ time versus the actual time. Left uncorrected, these offsets will add up and could lead to large errors in positioning. Fractions of a second could mean the difference between safely arriving at Mars or missing the planet altogether.

Updates can be beamed from Earth to the spacecraft to correct for these offsets. Global Positioning System (GPS) satellites, for example, carry atomic clocks to help us get from point A to B. To make sure they keep the time accurately, updates need to be frequently transmitted to them from the ground. But having to send frequent updates from Earth to an atomic clock in deep space would not be practical and would defeat the purpose of equipping a spacecraft with one.

This is why an atomic clock on a spacecraft exploring deep space would need to be as stable as possible from the get-go, allowing it to be less dependent on Earth to be updated.

“The Deep Space Atomic Clock succeeded in this goal,” said JPL’s Eric Burt, an atomic clock physicist for the mission. “We have achieved a new record for long-term atomic clock stability in space – more than an order of magnitude better than GPS atomic clocks. This means that we now have the stability to allow for more autonomy in deep space missions and potentially make GPS satellites less dependent on twice-daily updates if they carried our instrument.” 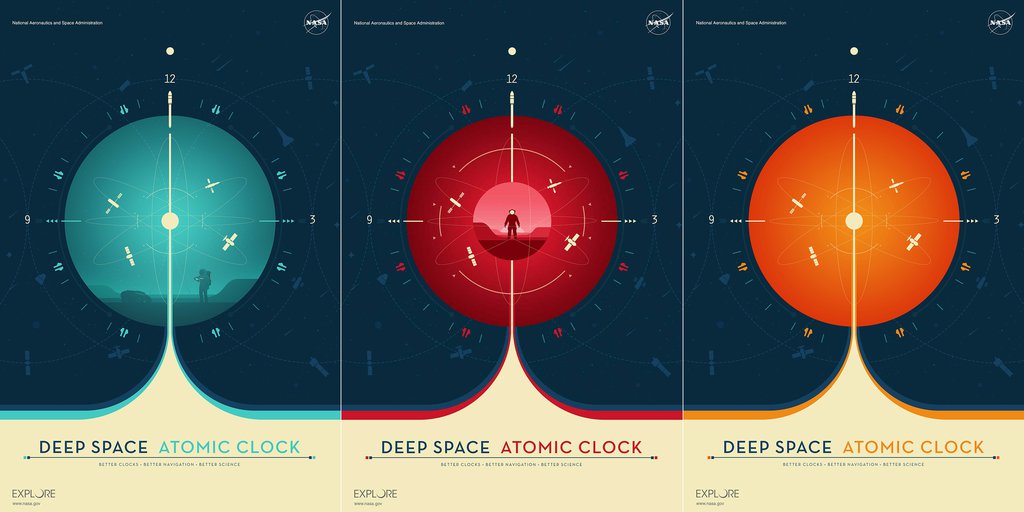 In a recent study, the Deep Space Atomic Clock team reported a deviation of less than four nanoseconds after more than 20 days of operation.

Like its predecessor, the Deep Space Atomic Clock-2 will be a tech demo, meaning that VERITAS will not depend on it to fulfill its goals. But this next iteration will be smaller, use less power, and be designed to support a multi-year mission like VERITAS.

“It is a remarkable accomplishment by the team – the technology demonstration has proven to be a robust system in orbit, and we are now looking forward to seeing an improved version go to Venus,” said Trudy Kortes, director of technology demonstrations for NASA’s Science and Technology Mission Directorate (STMD) at NASA Headquarters in Washington. “This is what NASA does – we develop new technologies and enhance existing ones to advance human and robotic spaceflight. The Deep Space Atomic Clock truly has the potential to transform how we explore deep space.”

Jason Mitchell, the director of the Advanced Communications & Navigation Technology Division of NASA’s Space Communications and Navigation (SCaN) at the agency’s headquarters agreed: “The instrument’s performance was truly exceptional and a testament to the capability of the team. Going forward, not only will the Deep Space Atomic Clock enable significant, new operational capabilities for NASA’s human and robotic exploration missions, it may also enable deeper exploration of the fundamental physics of relativity, much like the clocks supporting GPS have done.”