With new CH-47 variant back in flight tests, Boeing hopes for production contract 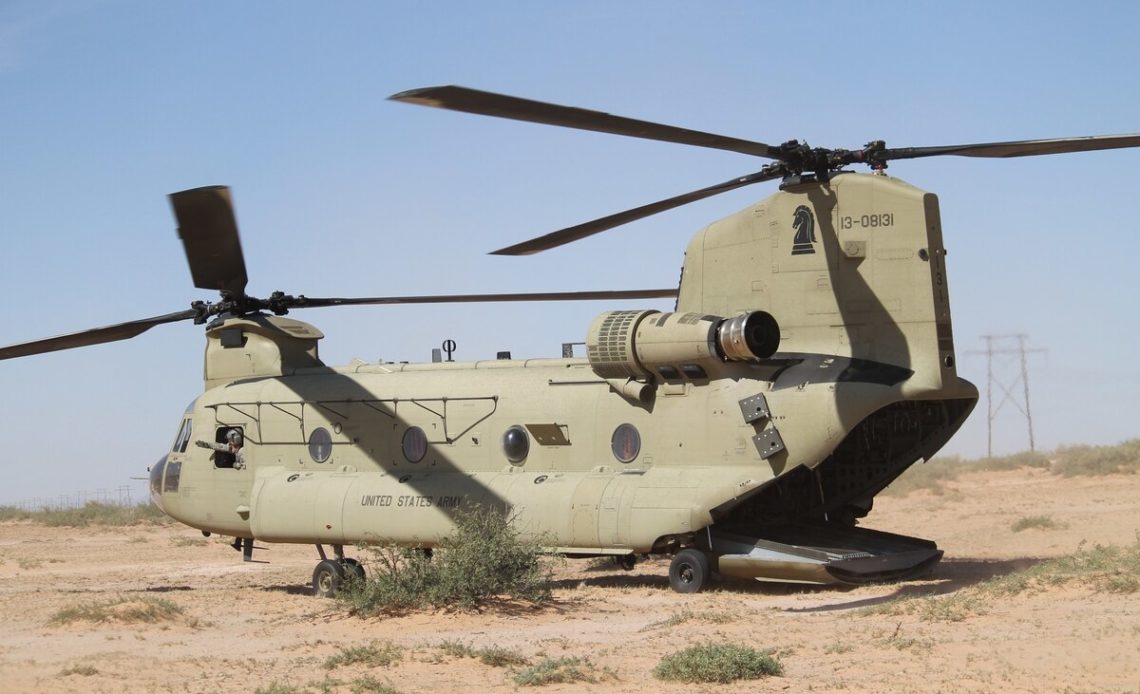 WASHINGTON — The U.S. Army has yet to schedule a limited-user test for the latest variant of the CH-47 Chinook helicopter, instead ordering its return to flight testing to gather more data. But despite issues cropping up in previous testing, Boeing is confident it will win a first production contract in fiscal 2021, two company executives told Defense News.

Boeing believes the program is still on track to deliver CH-47F Block II Chinook cargo helicopters to the first Army unit in 2025. The company is already delivering the first of the special operations version of the helicopter — the MH-47G — with two in hand and another to be delivered in a few weeks, Andy Builta, company vice president and H-47 program manager, said in an April 14 interview. There are 24 on order.

The F-model Block II variant has already flown a total of 450 flight test hours to date, he said. Last month, Boeing proved the new variant’s rotor blades can handle an additional 2,500 pounds of lift, and the firm will continue to run ground tests on the new blades this fiscal year.

F-model Block IIs in the engineering and manufacturing development phase returned to testing last week, with one more aircraft left to instrument next week, Builta said.

Testing was paused for a few months, which, according to Builta, was due to needing the aircraft to support G-model flight test requirements.

The Army originally planned to conduct a limited-user test this quarter and had directed Boeing in February to prepare aircraft to support that test. The service has since decided to return to flight testing, Builta said, “so that we can continue to capture data necessary to complete the flight test program.”

Issues were identified during testing in 2020, including excessive vibration from the new Advanced Chinook Rotor Blades.

While a report from the Pentagon’s chief weapons tester noted that the vibrations present in ground, hover and forward flight could pose “safety of flight risk,” Builta said the company is working on implementing changes to address the issue.

“We’re working closely with the Army on a mitigation system or an adjustment to existing mitigation systems to account for that different vibration frequency,” Builta said. “It is in no way a safety of flight risk, but it is an issue that needs to be addressed going forward.”

Fixes could include adjustment to dampeners to identify the different vibration frequencies that need to be dampened out, Builta said, or adding additional dampeners.

“This is a low-risk, well-known activity that we’ve done across multiple platforms,” he noted.

“At this time, we really see no technical or programmatic challenges standing in the way of rewarding the Lot 1 production contract this fiscal year,” Heather McBryan, Boeing’s director of global sales and marketing, said in the same interview. “We’ve been working closely with the Army to lay out a plan to meet all of our milestones and show a low-risk path to a first unit equipped in 2025, which was, you know, as planned originally.”

Boeing also encountered problems with the fuel cell failing to self-seal in ballistic tests, but is now testing a redesigned version at Aberdeen Proving Ground, Maryland.

Technical issues aside, the F-model Block II Chinook program wouldn’t have continued into production if the Army had had its way. The service decided to only buy G-model versions of the newest variant — featuring new rotor blades, a fuel system, an electrical system and a stronger airframe that brings the Chinook up to a maximum gross weight of 54,000 pounds — in order to free up funding for its future vertical lift endeavors. But Congress pushed back in the FY21 budget and funded the purchase of five Block II CH-47F helos, which is considered the first production lot of aircraft.

McBryan pointed to the Army’s 2017 analysis of alternatives for the program that found it would save over $3 billion in the long term compared to recapitalizing the entire CH-47F fleet, which would be necessary without a Block II program.

“Savings could really be used as the Army moves forward with their future vertical lift priorities and modernization,” she noted.