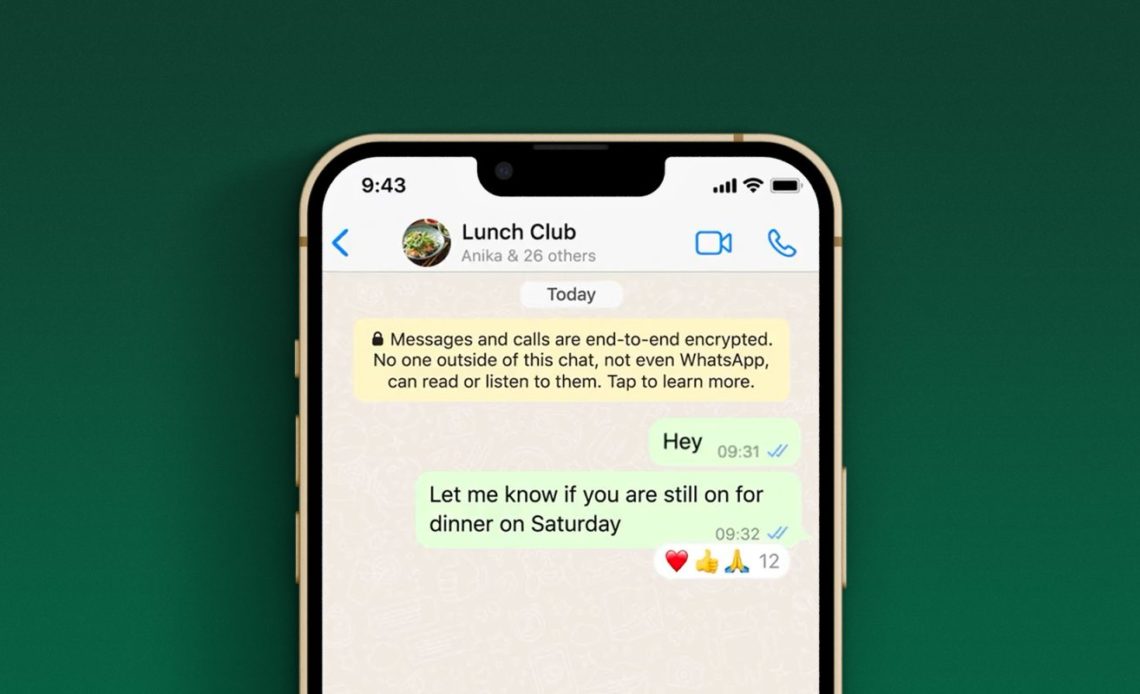 A few weeks ago, WhatsApp released the ability to react to a message with six different emojis. This long-awaited feature is already getting some tweaks, as the app will soon display better this function when used on a shared photo album or group chat. Now, WhatsApp is readying an improved version of this feature by letting you react with any emoji available.

As reported by WABetaInfo, the ability to react with any emoji has already been posted on the beta version of the app for Android and Desktop. Now, references also appeared on the iOS version.

When the feature rolls out to all users when long-pressing a message, instead of just the “thumbs up,” “red heart,” “laughing emoji,” “surprised emoji,” “sad emoji,” and “hands together,” WhatsApp will also display a “+” button that will let you react with any emoji available.

As shown in the screenshot below, users will also be able to easily access “Recent Reactions,” in the same way Instagram already offers with Directs.

WhatsApp has developed a draggable section where you can easily select and search for any emoji you want to use for reacting to the message! In addition, we can also find a row dedicated to our recently chosen reactions in the same section.

Unfortunately, this feature is currently being developed, which means it’s unclear when WhatsApp will release it to public testers or to all people, but due to the number of news the app has been releasing this past year, it’s very likely that it will appear rather sooner than later.

While Reaction 2.0 isn’t ready, there’s another important feature coming in the near future, the ability to use multiple devices with the same WhatsApp account, as explained here.