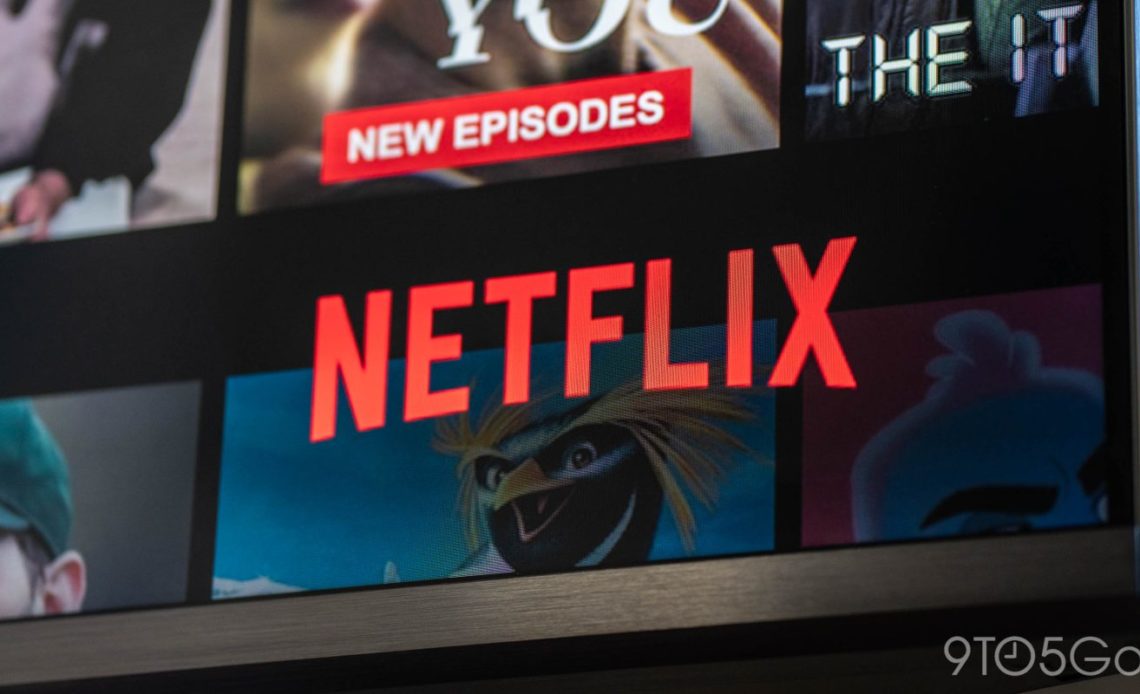 This was an awful week to be Netflix, as the company announced its first ever quarter with a subscriber loss, and more to come following continues price hikes. In an effort to reverse that, Netflix also has plans to adopt an ad-supported plan, and crack down on password sharing. Read on for more about Netflix and the rest of what’s on Google TV.

‘What’s on Google TV’ is a weekly column from 9to5Google covering the latest news on streaming apps and content available on Google TV and Android TV. Check back weekly for the latest, and don’t forget to check out our ongoing coverage of Google TV here.

While there’s no dedicated section, Google TV did highlight some content around Earth Day this week including The Lorax and Disney’s Polar Bear in the featured grid. There’s also a timely “Earth From Space” section.

As a part of its quarterly earnings call this week, Netflix had some bad news to deliver to shareholders. For the first time in over a decade, Netflix lost subscribers in Q1 2022. Specifically, Netflix lost 200,000 subscribers over the past few months. Worse yet, Netflix predicts it will lose upwards of 2 million subscribers during Q2 2022.

The first place Netflix pointed to as a reason for the loss was password sharing, which the company plans to crack down on. Netflix also admitted that its recent price hikes resulted in a loss of subscribers in the US and Canada, probably to the tune of around 600,000 subscribers. Netflix also lost 700,000 subscribers when it cut off service in Russia as a result of the country’s invasion of Ukraine. On a much lesser note, it also comes following Netflix’s continued hostility towards platforms such as Google TV, which attempt to offer consumer-friendly streaming tools.

To bounce back, Netflix says it will be “doubling down on story development and creative excellence.” A report this week backed that up, claiming that Netflix spent up to $30 million on each episode of its upcoming Stranger Things 4. An ad-supported plan is also now something the company is actively working on.

Also from under WarnerDiscovery’s roof, CNN+ this week confirmed it would be closing up shop on April 30, barely a month after the service debuted. CNN+ never launched its Google TV app, though it had promised to do so.

HBO Max also added the Robert Pattison-led The Batman to its catalog this week, just over a month after the film debuted in theaters.

It was noticed this week that Disney+ was missing huge swaths of episodes of some fan-favorite TV shows including Agent Carter, DuckTales, Lizzie McGuire, X-Men, and others. In a statement to Deadline, Disney confirmed the removals were in error and that a fix is underway.

We are actively working to resolve the issue impacting access to a subset of series episodes for some Disney+ subscribers. We are sorry for the experience and appreciate everyone’s patience.

Disney+ also highlighted a bunch of content for Earth Day, and announced a second season of The Proud Family; Louder and Prouder after the first season’s finale aired.