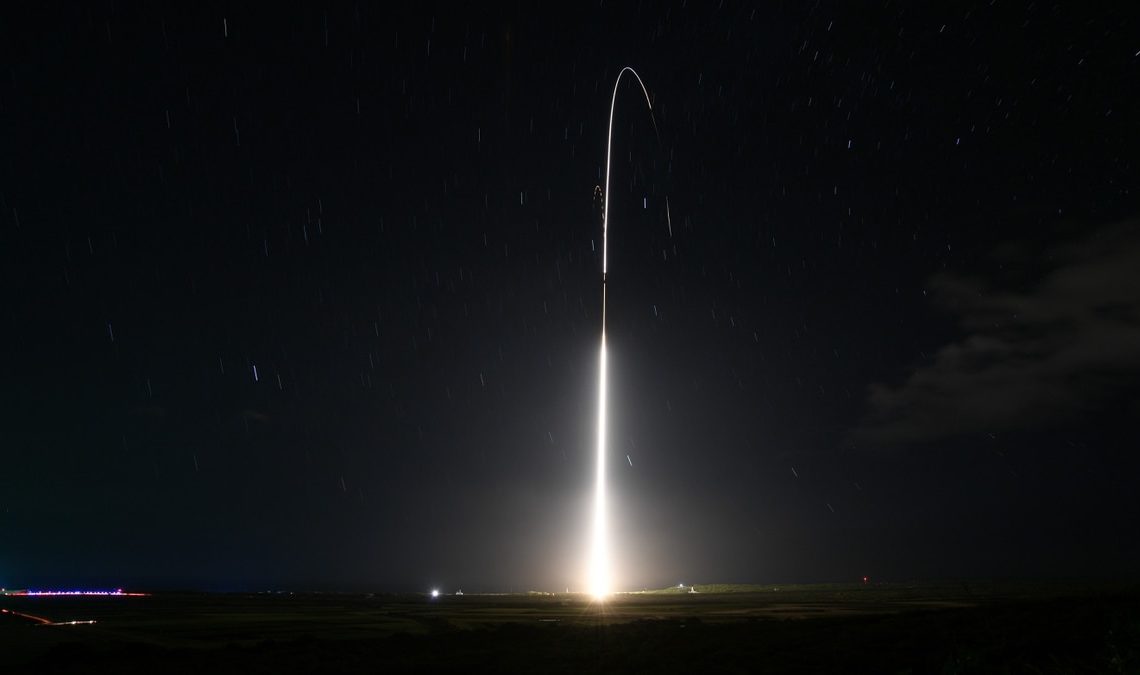 WASHINGTON — The U.S. Government Accountability Office is skeptical the Navy’s SM-3 Block IIA interceptor would work as part of a new plan for a layered homeland defense against intercontinental ballistic missiles.

In a report released this week, the GAO said the SM-3 Block IIA could “introduce considerable cost, schedule, and performance uncertainty to a program that has just entered initial production.”

MDA is quickly trying to fill a gap left open when it canceled its effort to redesign the kill vehicle on its ground-based interceptors, which make up the GMD system. Now the agency is pursuing a Next-Generation Interceptor, but that won’t be fielded until roughly 2028 if there are no hiccups in the program.

The SM-3 Block IIA missile was originally designed to go up against intermediate-range ballistic missiles, not ICBMs, which are more challenging to intercept.

The GAO noted that parts of the SM-3 Block IIA were reused for the Redesigned Kill Vehicle program and some of those were “implicated in some of the RKV’s performance shortfalls.”

The Pentagon has continued to work toward giving the SM-3 Block IIA missile the capability to counter ICBMs even following the RKV cancellation, but “achieving such a capability will require surmounting several challenges,” the GAO stated. Among those challenges, according to the office, is the SM-3 Block IIA hasn’t had an operational test against an ICBM.

The November 2020 flight test of the SM-3 Block IIA struck a simple ICBM target and it was “executed under highly favorable conditions,” the GAO reported. Therefore, the GAO is calling for more development work to support homeland defense capabilities.

According to documents reviewed by the GAO, MDA plans to develop and procure an upgraded version of the SM-3 Block IIA specifically for the homeland missile defense layer. But there are other hurdles in constructing an effective layered homeland missile defense architecture as well, the GAO noted. Integration could be a challenge because the GMD system’s fire control and engagement planning “doesn’t take into account any other interceptor systems” and would have to be “optimized” to work with those.

“Moreover, managing an engagement between multiple interceptor systems would require more cohesive integration with overall battle planning by the command and control element of the Missile Defense System than currently exists today,” the report stated.

Additionally, coordinating with other interceptors would be difficult because Ground-Based Interceptors have hardware constraints that limit their ability to communicate with ground systems while in flight, according to the GAO. Updating the software to resolve this would be “complex” and require a “robust” development and testing program while MDA is laser-focused on developing the Next-Generation Interceptor, the GAO noted.

“Although MDA’s initial approach is based on GMD acting independent of other interceptor systems, the agency has not yet demonstrated whether and how the GMD system would perform in such a scenario and the implications on warfighter concepts of operation,” it added.

The program office in charge of the Terminal High Altitude Area Defense has already taken steps preparing for the THAAD Layered Homeland Defense to include developing plans and contracts, the GAO said, after some analysis showed THAAD would be capable for homeland defense with some improvements.

A request for information was released in June 2020, and the program received $350 million in funding for fiscal 2021 through fiscal 2023 to work on the effort.

But the GAO noted there are “a number of significant upgrades and steps to address obsolescence that would be needed to enhance THAAD’s performance and make it capable of performing such missions.”

The program is using the Pentagon’s Foreign Military Sales process with Saudi Arabia to offset some of the cost involved in changing the systems for the mission, according to the GAO.

Both THAAD and the SM-3 Block IIA are also behind in planned interceptor deliveries to the government.

Lockheed Martin delivered 42 of 85 planned interceptors in FY20 and had to stop deliveries from June through September while waiting to qualify a replacement for a part that is no longer available, the report stated. The production line kept working while the part was being qualified, “which was a risk to the program,” the GAO noted, but the qualification was successful and the interceptor deliveries resumed in October 2020.

While this is not the first time the THAAD program has struggled to meet delivery schedules, program officials are working to improve production and increase throughput, the GAO reported, including by building a new production facility annex that gives separate space for stockpile reliability testing; recertification of interceptors; and production surges.

Raytheon delivered 5 of 11 planned SM-3 Block IIA interceptors in 2020 because the program needed to investigate and fix an anomaly with the interceptor’s thruster detected during a flight test in 2018.