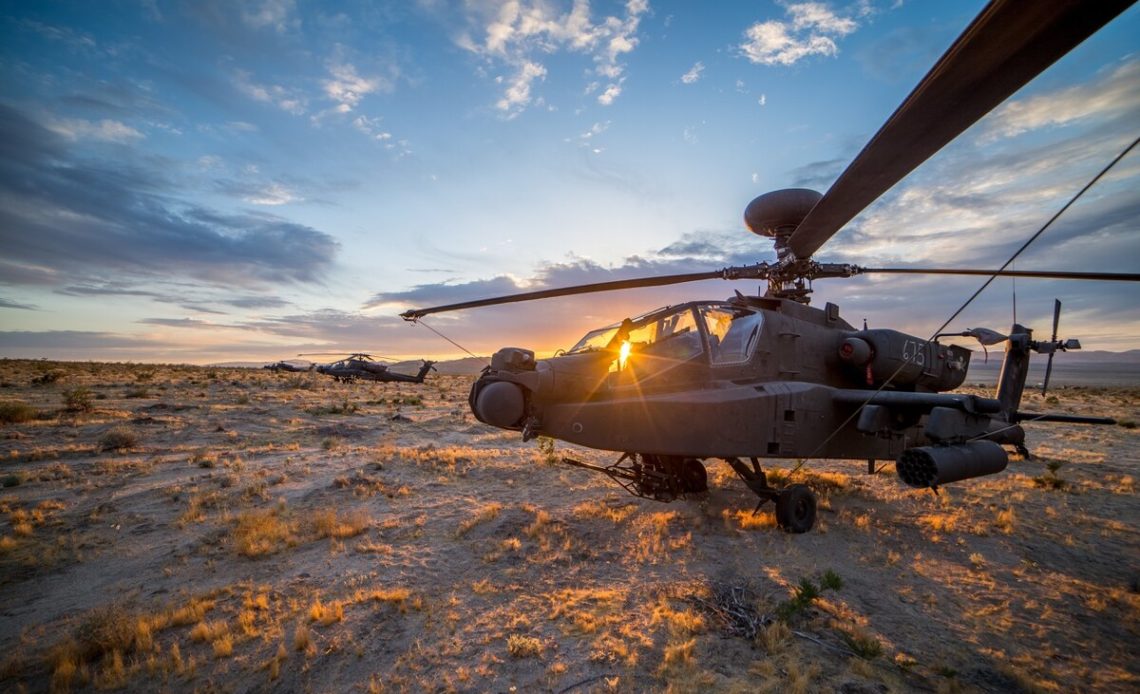 WASHINGTON — The U.S. Army has set its first shoot-off for airborne, long-range precision munitions for the fourth quarter of fiscal 2022, according to a Feb. 2 request for information that the service posted to a government contracting website.

Plans to acquire a long-range precision munition for the Army’s future fleet of helicopters have been in the works for several years, and the service has already picked Israeli company Rafael’s Spike non-line-of-sight missile as an interim solution to deliver long-range lethality from both current and future fleets after extensively demonstrating it on both foreign and American AH-64 Apache attack helicopters.

Spike has a 30-kilometer range, so competitors will likely have to meet that benchmark.

Long-range munitions for the service’s future aircraft will be critical to engage the enemy’s defensive positions from a comfortable standoff — or out of range of enemy detection.

The Army said last summer that it would conduct a few fly-offs to test possible long-range precision fires munitions as it worked to solidify its requirements and assess capabilities needed for a permanent solution.

The service is molding a future fleet for the early 2030s, acquiring two manned helicopters, a tactical unmanned aircraft system, air-launched effects and long-range precision munitions that will be networked together on the battlefield using a common digital, modular, open-systems architecture.

“It is the Army’s intent to conduct this demonstration to inform the LRPM capabilities development and to inform the selection of a single or multiple vendors to build, integrate, test, and/or qualify on Army aviation platforms,” the request for information stated.

The Army will request whitepapers around January 2023. Vendors who plan to compete for an award have to participate in the shoot-off demonstration at their own expense and submit a whitepaper, the RFI noted.

The LRPF munition is geared toward operability from a future attack reconnaissance aircraft. A demonstration of the munition type for the FARA platform is anticipated in FY26, according to the RFI.

The Army will need to finalize a preliminary design review across the board for assets within its future fleet in the 2023 time frame, so it has roughly three years to work with industry to settle on an LRPF capability and ensure it is interoperable with platforms. Those platforms are still on the drawing table, which presents a challenge.