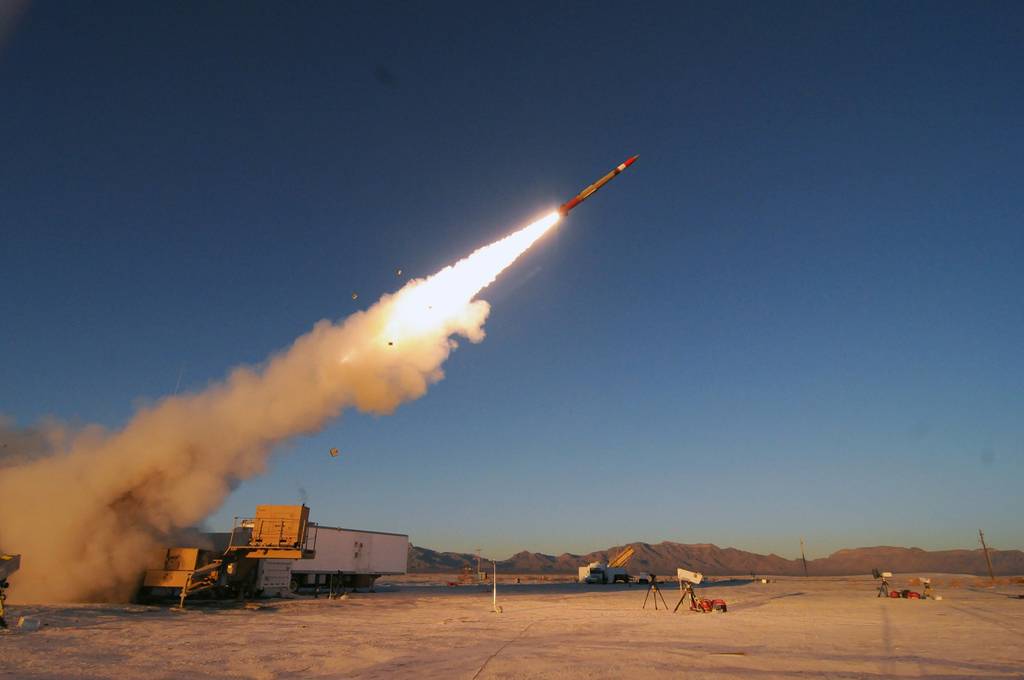 WASHINGTON — The Army is pushing a new plan for a future air-defense interceptor that would replace Lockheed Martin-made Patriot missiles, after leaving the effort simmer on the back burner for several years, fiscal 2023 budget justification documents reveal.

The Army has been conducting initial concept development beginning in FY20 but plans to extend that development through the fourth quarter of FY23. The service originally planned to complete that phase at the end of FY20, according to the FY22 justification books.

Prior to the end of the concept development phase, the Army plans to produce an Abbreviated Concept Development Document, or ACDD, in the second quarter of FY23.

The Army plans to spend roughly $8.2 million a year across the next five years on the program, according to FY23 justification books.

The Future Interceptor was designated by the Army as a key enabler to support Army modernization priorities of the Missile Segment Enhancement (MSE) program, the documents note.

“The warfighter community is actively developing operational requirements for the Future Interceptor that will defend against current and emerging near-peer threats,” the budget documents read. “The Future Interceptor will complement current sensor programs and is required to be employed in 2028.”

The Future Interceptor program will be designed to target air, missile, and hypersonic threats within the “lower-tier portion of the ballistic missile defense battlespace,” the documents add.

Desired capabilities for the future interceptor include increased velocity, attitude and maneuverability, the document lists.

An increase in funding from $6.9 million in FY22 to $8.2 million in FY23 is due to inflation and the planned lifecycle of the program, the documents note.

The Army plans to use the Defense Ordnance Technology Consortium Other Transaction Authority – which is a contracting mechanism that enables rapid prototyping – to execute a competitive “initial concept definition” with two contractors. That phase will focus on modeling and simulation and prototype some high-risk hardware technologies.

The service will use what is garnered in the initial concept definition phase to choose a single vendor.

The Army is farther ahead in replacing the Patriot air-and-missile defense radar with a Lower-Tier Air-and-Missile Defense Sensor, or LTAMDS, and is just beginning to take receipt of the first radars, built by Raytheon, for developmental testing at White Sands Missile Range, New Mexico. The sensors will then be plugged into the future Integrated Air-and-Missile Defense capability, Maj. Gen. Robert Rasch, Program Executive Officer for Missiles and Space, told Defense News in an interview in March.

The Northrop Grumman-developed Integrated Battle Command System is in the midst of a critical initial operational test and evaluation.

Plans for a future launcher have yet to materialize, but the Army is conducting analyses and evaluating what will be needed for that system, Rasch said in another interview with Defense News last fall.

“We just have to make sure we get the timing right, get the requirements as close as we can based upon the threat evolution as it occurs, and then make sure we’ve got a good resourcing and acquisition plan lined up on that — so more to come,” he said.