US Army embarks on competitive prototyping journey for Arctic vehicle 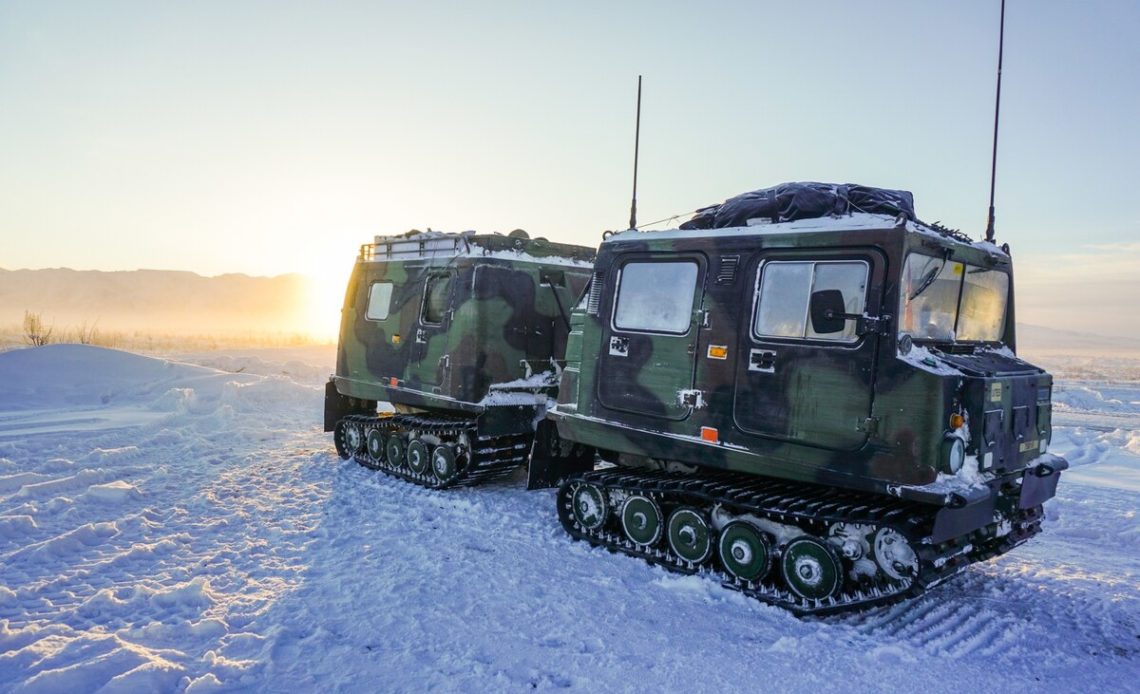 WASHINGTON — The U.S. Army is embarking on a competitive prototyping effort to acquire a new, all-terrain vehicle that can operate in the Arctic, with evaluations to take place in Alaska this year, according to Tim Goddette, the program executive officer of the service’s combat support and combat service support.

The service awarded contracts to two vendors: a team of American firm Oshkosh Defense and the land systems division of Singapore’s ST Engineering; and a team of two BAE System units, Land and Armaments as well as BAE Hagglunds.

They will provide prototypes for a cold-weather, all-terrain vehicle, or CATV, in the second quarter of fiscal 2021, Goddette told Defense News in written responses to questions. The deadline to deliver prototypes is June 14.

These prototypes — currently regarded as test assets — are to undergo extreme cold-weather testing and evaluation in Alaska at the Cold Regions Test Center from August through the end of December.

“This will help inform the downselect process for the production contract,” Goddette said. “Current plans call for the final downselect for the CATV in the third quarter of [FY22].”

The program will move directly into production once a winner is chosen.

The Army needs the CATV quickly to replace its Small Unit Support Vehicle, or SUSV, which is “no longer sustainable,” Goddette said.

The service also needs modern and capable equipment as the Arctic region becomes increasingly important for military operations. The Army released its Arctic strategy last month, which stresses the need to modernize and ramp up presence as Russia and China continue to assert dominance in the region to pursue their economic and geopolitical goals.

The strategy outlines how the Army will generate, train, organize and equip its forces to partner with allies, secure national interests and maintain regional stability.

The CATV is a new-start program in FY21, and its capability development document was signed May 7, 2019. The Army plans to spend $6.6 million for research and development, testing, and evaluation in FY21, and $9.25 million to procure the new vehicles. This includes an $8.25 million congressional plus-up above the service’s budget request as well as $500,000 in foreign comparative testing funds.

The procurement objective is for 110 CATVS, with a total acquisition objective of 163.

The CATV “will provide transportation in extreme cold-weather conditions for up to nine personnel to support emergency medical evacuation, command-and-control capability, and general-cargo transportation,” Goddette said.

The program office has been working with Army Futures Command to iron out the specifics required for the vehicle, but the effort has been underway for some time “to ensure we understand the requirements/desired key capabilities for a modernized cold-weather vehicle,” Goddette noted. “This allows us to execute an accelerated acquisition program to assess, procure, produce, field and sustain such a system.”

The SUSV, which is based on 1960s and 1970s technology and was last procured in the early 1980s, will reach obsolescence in FY23. The CATV will “provide major operational and logistics advantages over the decades-old [SUSV],” Goddette said.

“We are excited to explore the bounds of the systems we will assess in extreme cold-weather, mountainous and high-altitude environments along with industry when we embark on the soldier touch point/user evaluation events later this year,” he said.

“As the Army’s commercial-off-the-shelf and non-developmental item procurement cadre,” he added, “we look forward to celebrating important milestones like [equipping the first unit] with this once-in-several-generations vehicle procurement program.”