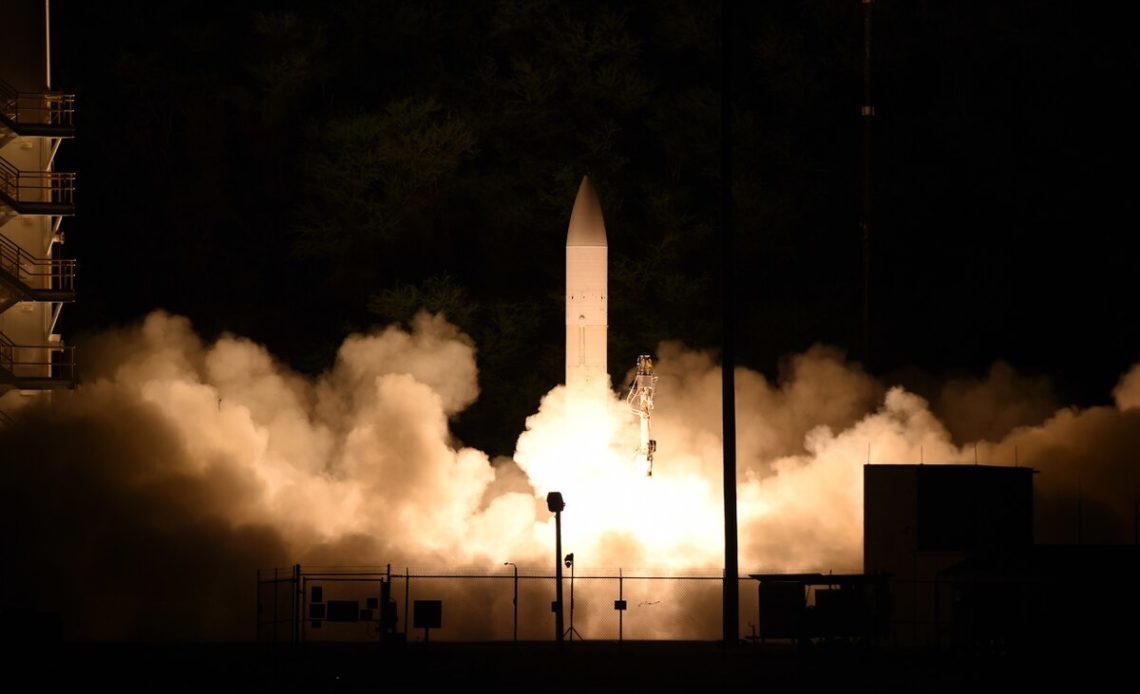 WASHINGTON —The U.S. Army expects to deliver — in a little more than 200 days from start to finish — the first hypersonic weapon capability to a unit, a service official said.

The Army has already started to send that unit the equipment it needs to prepare for a rigorous training program, according to Lt. Gen. L. Neil Thurgood, director of the Army’s Rapid Capabilities and Critical Technologies Office (RCCTO).

While the Army has been working with industry to build the hypersonic weapon glide body industrial base, it has also been producing the launchers, trucks, trailers, and battle operation center needed to put together a ground-launched hypersonic weapon battery.

“By the end of this fiscal year, which is in September, all of the equipment that the unit needs plus training will be delivered to the unit,” Thurgood told Defense News in a Feb. 8 interview.

Lockheed Martin is the weapon system integrator for the Army’s hypersonic capability that will be launched from a mobile truck and Dynetics has been chosen to build the hypersonic glide body portion of the missile.

While Thurgood declined to name the specific unit chosen to take on the first hypersonic battery, he said the company, battalion and brigade commanders have all been selected.

The only element that won’t be delivered to the unit until fiscal 2023 is live rounds. However, on March 8, Thurgood said he will personally deliver the first two training canisters for the unit to use for end-to-end kill-chain training.

The unit will not participate in the hypersonic flight test scheduled for the third quarter of FY21.

Thurgood said he could not detail the upcoming test profiles because those details are classified. However, the first test of the Common-Hypersonic Glide Body (C-HGB), took place in March 2020 when a missile was launched from the Pacific Missile Range Facility in Kauai, Hawaii and hit its target within six inches, Army Secretary Ryan McCarthy said at the Association of the U.S. Army’s annual conference in October.

Hypersonic weapons are capable of flying faster than Mach 5 — much faster than the speed of sound — and can maneuver between varying altitudes and azimuths, making it harder to detect. The C-HGB is made up of the weapon’s warhead, guidance system, cabling and thermal protection shield.

The U.S. is in a race to field hypersonic weapon capability as well as develop systems to defend against hypersonic missiles as both China and Russia are actively developing and testing their respective hypersonic weapons.

Meanwhile, Dynetics is preparing to build the first hypersonic glide bodies at its facility in Huntsville, Alabama, after learning how to do so from the federally funded Sandia National Laboratories. These glide bodies will be the first ever produced within the U.S. industrial base.

“The transition is going well,” Thurgood said. Dynetics has spent almost 18 months at Sandia learning how to build the glide body and also taking a crack at building it themselves at the laboratory with Sandia looking on and offering guidance where necessary.

Sandia representatives will be at the Dynetics’ facility when the glide body building begins there to continue to look over the shoulder of those doing the work.

“Transitioning production technology is not as easy as people might perceive it to be,” Thurgood said. “Production, especially high-end production, is part engineering and part art and so the engineering piece you can learn through drawings and those kind of things, but the art of it is always the hardest part, so that’s why we chose an in person, face-to-face, leader-follower [strategy]; that institutional knowledge that everybody has in every profession that’s never written down” he added.

The other challenge in building the industrial base, Thurgood noted, is creating an entire supply chain, and not just focusing on the top tier, like Dynetics. This kind of work has meant an almost daily focus on how the pieces are coming together, Thurgood said.

And the pressure to move quickly to build glide bodies is demanding given the rigorous test schedule ahead.

Building a new industrial base for hypersonic missiles would be difficult in a normal world, but having to do so under coronavirus pandemic restrictions has been even more challenging, Thurgood said.

But, one key, he added, is that the companies involved have been “innovative” in terms of what can be done from home such as working on drawings which would have traditionally been done at a facility. Where touch labor is necessary, workers are spacing themselves out accordingly and wearing protective equipment as well as adjusting shifts, Thurgood described.

“You know, some smaller companies are challenged, we’re watching that every day,” Thurgood said. “You know, it might have been a week delay here, we make it up by shifting process around, shifting sequence around, but, this is one situation where American ingenuity has really come to light.”