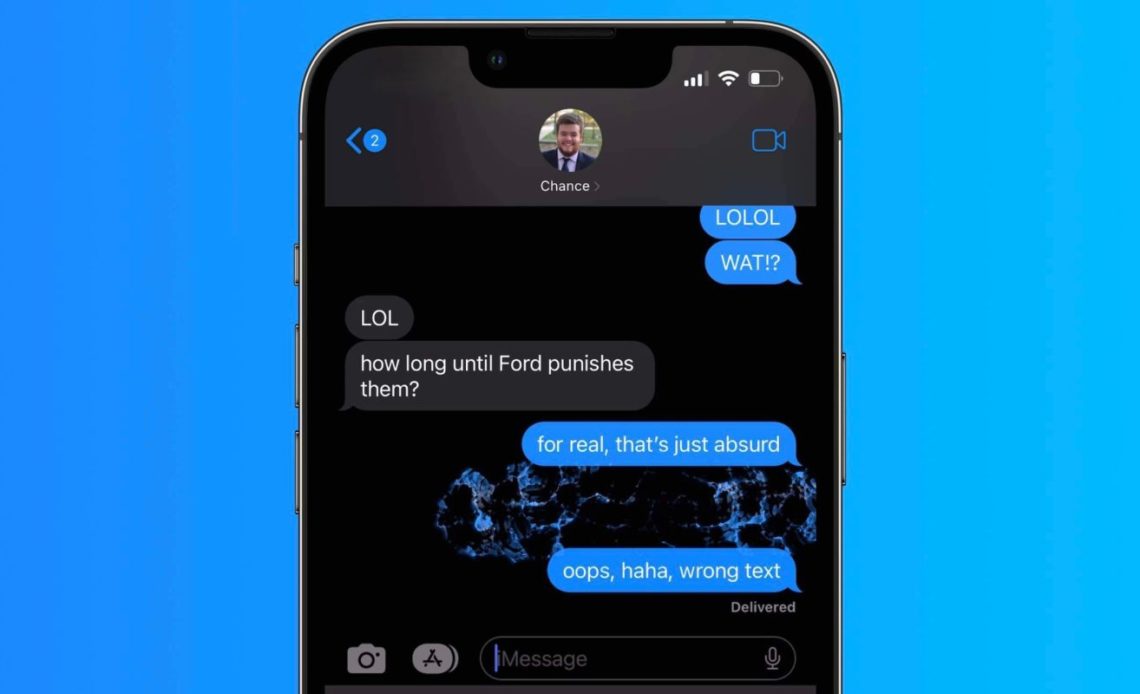 The Messages app gets some valuable upgrades this year with iOS 16. One of the interesting features is the ability to unsend iMessages on iPhone. Follow along for a hands-on look at how the feature works, its limitations, and what the experience is like for the person on the other end.

Apple’s Messages app gains a handful of new features with iOS 16. Three big ones are the option to edit iMessages, completely unsend iMessages, and mark text messages as unread.

Below we’ll focus on how it works to unsend iMessages on iPhone. We’ve also got a detailed guide on how editing iMessage works:

Here’s how the unsend iMessage feature looks in iOS 16:

You don’t need to confirm the action, as soon as you unsend iMessages on iPhone, you’ll see a little animation where they burst and disappear.

Something important to keep in mind, if the person isn’t on iOS 16 that you sent, and then unsent an iMessage, Apple gives a notice that they “may still be able to see your message.”

And if the person who received the original message is on iOS 16, they will get an alert in the thread that a message was unsent (shown below).

But one interesting aspect is the notification for the iMessage is removed on their device along with the message when you unsend.

So they will see that you used the feature, but may not know what it was (as long as they didn’t see a preview of the text when the original message was sent).