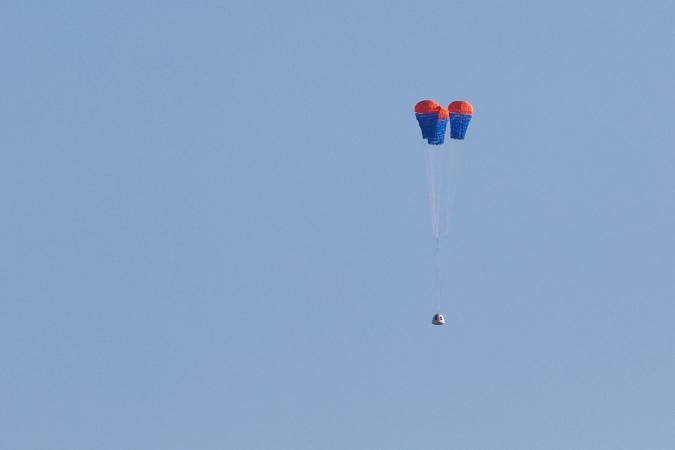 Blue Origin’s recent NS-23 flight didn’t go according to plan. On Monday morning, the private space firm was forced to abort the uncrewed mission after one of its New Shepard rockets suffered an unspecified “booster failure.” The problem came up about a minute after the flight took off from Blue Origin’s West Texas launch site at 10:26AM ET. You can see the entire incident unfold in the video the company shared on Twitter.

“It appears we have experienced an anomaly with today’s flight,” a commentator said during the NS-23 livestream. “This was unplanned and we don’t have any details yet. But our crew capsule was able to escape successfully, we’ll follow its progress through landing. As you can see, the drogues have deployed, and the mains are going to be pulled out next.”

The capsule was carrying NASA-funded research equipment. “It’s useless to speculate about what happened at this point. Not even the company knows the cause,” tweeted Eric Berger, senior space editor at Ars Technica, adding in a separate post that had the spacecraft been manned, the crew “would have felt a serious jolt, but would have been safe.”

Blue Shepard won’t be able to fly again until Blue Origin investigates the incident and the Federal Aviation Administration signs off on the company’s findings.