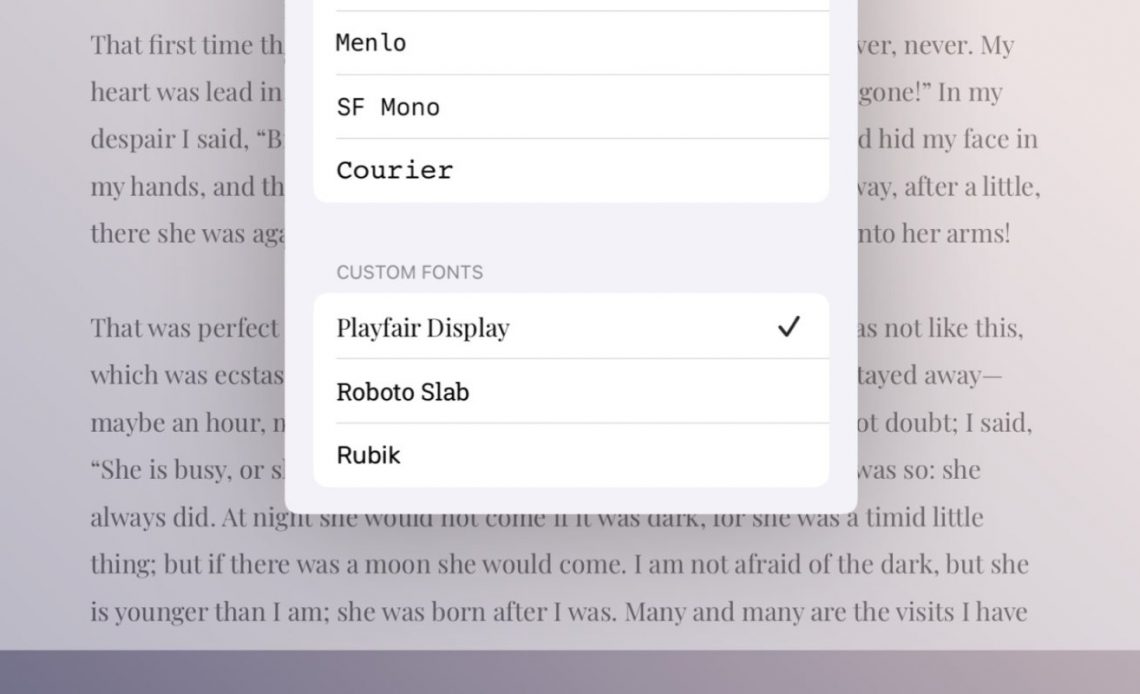 Ulysses just got a new update with version 25. For iPhone and iPad users, the app brings the ability to choose fonts from third-party font apps, while the Mac app brings some visual changes.

Ulysses is an app that helps you focus on your writing more than anything. It syncs between all your devices, and it’s one of the easiest ways to jump from your iPhone to your iPad, and then to the Mac to continue a project.

With update 25, Ulysses on iPad and iPhone now support third-party font apps like Creative Cloud or iFont. Whether users have these apps installed, they will be able to make use of the provided fonts in the Ulysses editor for writing, which means you can have that specific font you love in all our projects.

Ulysses is also getting a revamp in some areas to have a design standard more similar to Apple’s own apps. For example, the writing goal feature looks brand new and the share extension now works better and has a new look. The iPhone library appearance is also modernized.

Last but not least, you can now run Shortcuts actions directly from the share menu in Ulysses. With an external keyboard, it’s possible to use new shortcuts to change the text size in the editor.

Ulysses for the Mac is also getting some new features with version 25. The writing goal function has also a visual revamp, the app also got a new menu item to share Ulysses sheets and groups, and Ulysses sheets to Quick Notes now also works when using the “On My Mac” section.

Over the past months, Ulysses also brought some other improvements, such as overhauling blog posting features, a new way for businesses to buy licenses, and more.

For existing subscribers, Ulysses 25 is a free update through the App Store.

What do you think of these new features? Share your thoughts in the comments section below.