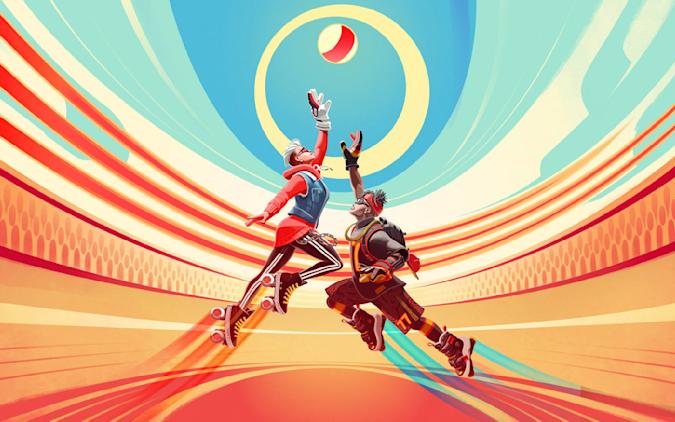 After it first unveiled the game at E3 2019, Ubisoft will finally release Roller Champions on May 25th, the publisher announced today. The free-to-play title will be available on PC, PlayStation 4 and Xbox One – as well as Xbox Series X/S and PS5 through backward compatibility – to start, with availability on Nintendo Switch, Stadia and Amazon Luna to follow later. Roller Champions supports both cross-platform play and progression, so you can not only group up with your friends no matter where they download the game, but your progress will also carry over between systems.

Roller Champions pits you and two other players against a competing team of three in a variation on classic roller derby. Going into each match, your goal is to be the first team to score five points. You earn a single point or more by skating around an oval track and maintaining control of a ball before taking a shot at the goal. Complicating things is the fact that the players on the opposing team can tackle you to take possession of the ball. Each match lasts about seven minutes, and there’s an external progression system where you can earn gear for your in-game avatar. Ubisoft will sell premium passes players can complete to earn cosmetics that aren’t available through the game’s item shop.