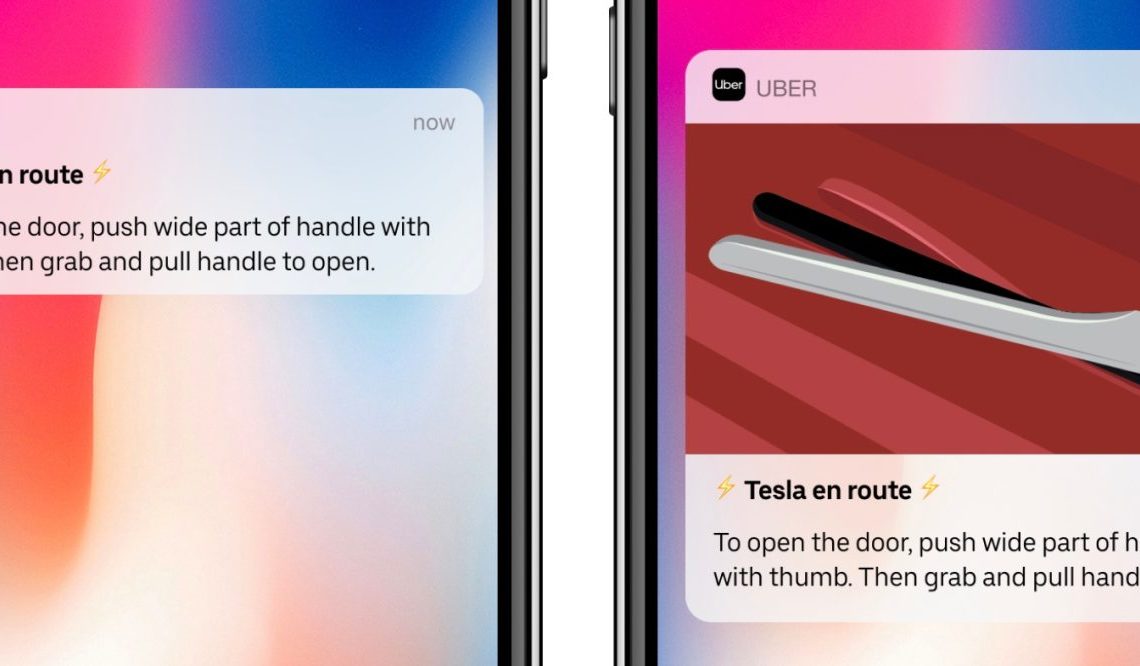 Uber is expanding its electric vehicle rides through its new “Comfort Electric” option to more cities, and since most of its electric rides come from Tesla vehicles, the ride-hailing company has started sending notifications about how to open Tesla door handles, which can be confusing for first-time riders.

Last year, Hertz announced an important effort to electrify its fleet of rental cars, led by a massive purchase of 100,000 Tesla Model 3 vehicles to be delivered over the next year.

Shortly after, Hertz announced that on top of adding Tesla vehicles to its rental fleet, the company also made a deal with Uber to offer its drivers access to the Tesla vehicles. 50,000 Tesla vehicles will be offered for rent to Uber drivers, and the company has an option for more if the program is successful.

The company recently launched the “Comfort Electric” option that pays drivers more when Uber users choose an electric ride. Tesla Model 3, Model Y, and Polestar 2 are part of this fleet – but it remains primarily Tesla vehicles.

Last month, Uber revealed that it has 15,000 Tesla vehicles in its fleet through its Hertz deal.

Today, Uber announced that it is expanding the program to seven new cities:

The company has had feedback about some people having difficulties opening Tesla doors:

For those of you who have only admired Teslas from a distance, they’re coming your way! We’ve heard from drivers that some riders are having difficulty figuring out how to open the Tesla door handle. Don’t worry – we got you!

Their solution is to send push notification ahead of a Tesla ride to explain how to open the door handles:

The new push notifications are starting today with the expansion to new cities. Uber hasn’t updated the number of Tesla vehicles in its fleet.