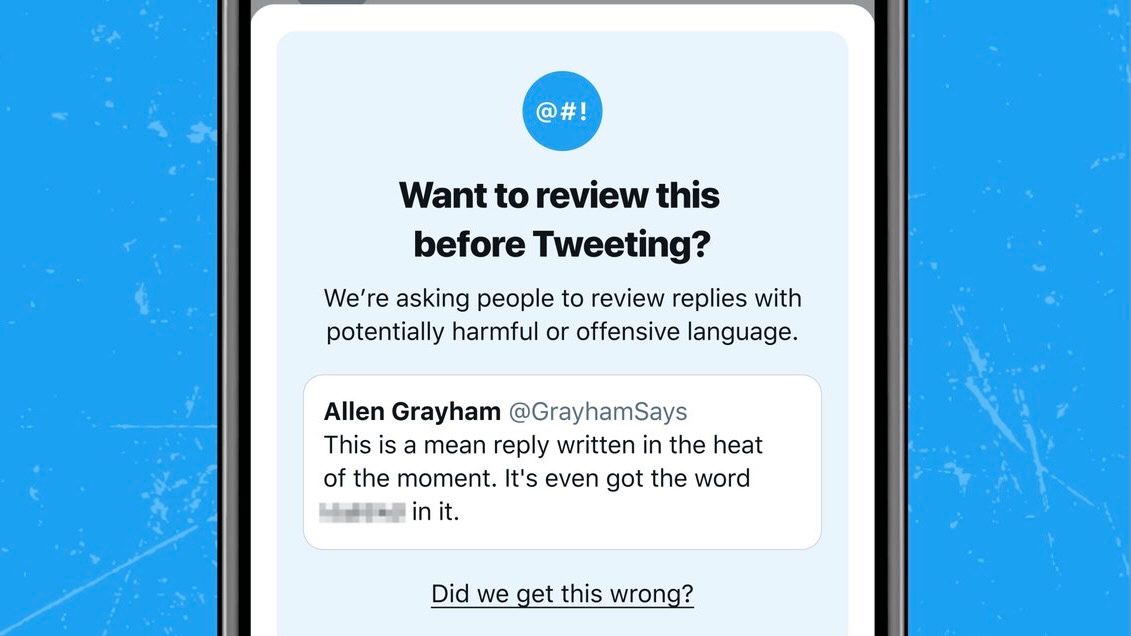 Back in May of 2020, Twitter started testing a feature on iOS aimed at helping users rethink a reply before hitting the send button when it might contain offensive language. After pausing the testing, Twitter has announced today that it has relaunched the experiment.

When things get heated, you may say things you don’t mean. To let you rethink a reply, we’re running a limited experiment on iOS with a prompt that gives you the option to revise your reply before it’s published if it uses language that could be harmful.

Then in August, the experiment opened up to Android and the web with a few changes before being shut down.

Today, Twitter shared the news that the testing is back on for iOS users in a reply to its August tweet about the experimental feature.

The latest iteration includes “Tweet, Edit and Delete” options and also adds a button titled “Did we get this wrong?” if you think the prompt was a mistake. Twitter notes it’s looking for feedback to improve the feature.