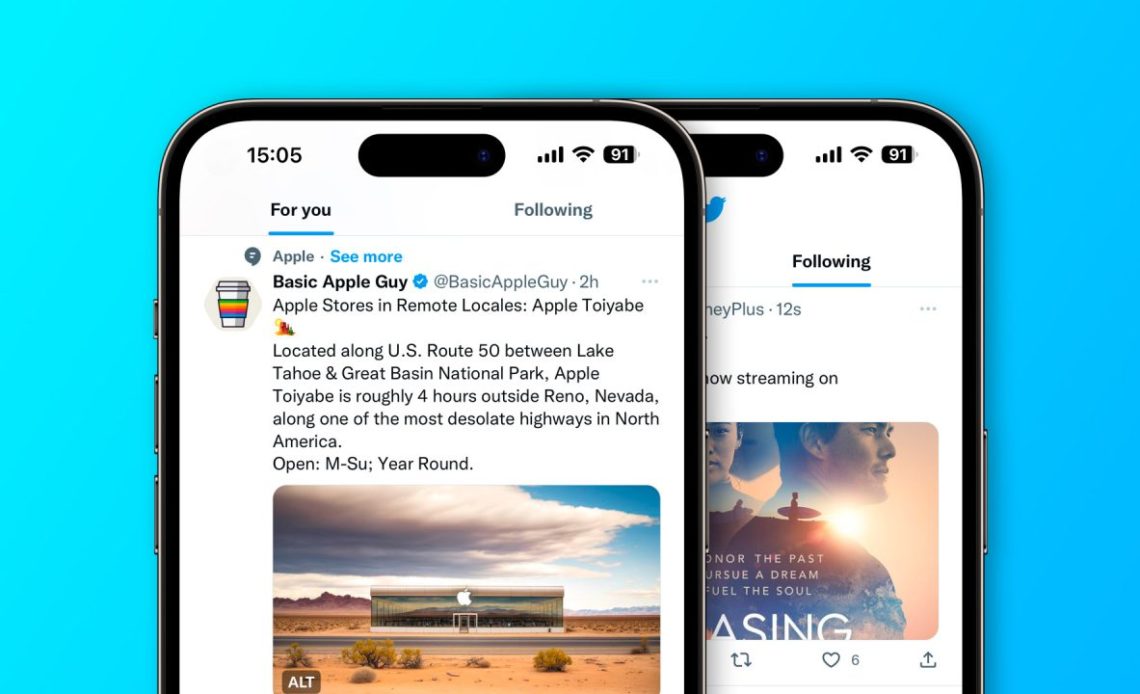 It has been a long time since Twitter started showing users tweets based on suggestions rather than chronological order, which was heavily criticized at the time. But after many complaints, the platform let users choose whether they wanted to see the chronological or algorithm-based timeline on the Twitter app by default. Unfortunately, the latest Twitter update for iOS forces users to once again see algorithmically suggested tweets by default.

This story is supported by Mosyle, the only Apple Unified Platform. Mosyle is the only solution that fully integrates five different applications on a single Apple-only platform, allowing businesses and schools to easily and automatically deploy, manage, and protect all their Apple devices. Over 35,000 organizations leverage Mosyle solutions to automate the deployment, management, and security of millions of Apple devices daily. Request a FREE account today and discover how you can put your Apple fleet on auto-pilot at a price point that is hard to believe.

As noted by many users (including me), the Twitter app for iPhone now splits the Home between two tabs: For You and Following. The first one, which is now also the main tab, shows tweets suggested by the algorithm. This means that you won’t see tweets in the order they were posted, and that you might also see popular tweets from people you don’t follow.

If you want to access the regular chronological timeline on Twitter with tweets only from the accounts you follow, you can still do so by going to the Following tab. However, Twitter will return you to the For You tab every time you close the app. The new layout is extremely similar to one introduced by Twitter in early 2022, but was later reverted.

Twitter says that the change is now being rolled out to iOS users, but it’s unclear when (or if) it will be available for the Android app, or if the company will once again reverse its decision. It’s worth noting that this doesn’t affect third-party Twitter clients like Tweetbot, which still show tweets in chronological order.

But that’s not the only thing that has changed with Twitter’s latest update. Also on iOS, users are complaining about the app once again cropping image previews. In 2021, the platform announced that it would no longer crop image previews in its app, so that users could see the full image directly from the timeline.

We don’t know for sure what led Twitter to bring back the old image preview, but some users asked Twitter owner Elon Musk to reconsider this change and he responded with “I don’t like it either.”

What do you think about Twitter’s latest updates? Let us know in the comments section below.