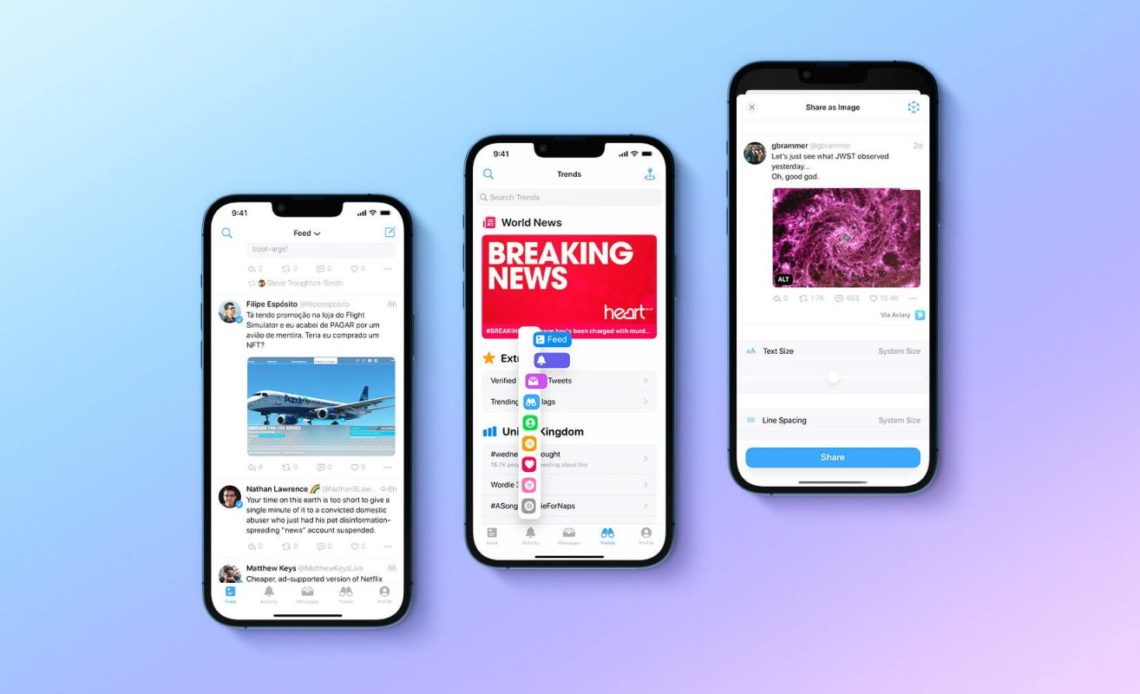 Back in 2020, developer Shihab Mehboob released the first version of Aviary – a new Twitter client for iOS, macOS, and even watchOS. Since then, the app has been updated multiple times with new features. Now Mehboob is releasing version 2 of Aviary, which has been completely rebuilt from the ground up.

When Aviary was introduced, it brought some unique features. For instance, the interface is super customizable with haptic feedbacks, the iPad version takes advantage of larger screens, and it even supports PencilKit so that users can make a drawing and tweet it directly from the app.

Now with Aviary 2, the developer has added even more cool features to the app. One of these features is the ability to share tweets as images, so that you can easily publish them to image- and video-only platforms like Instagram and TikTok without taking a screenshot. There are options that let you change the layout of a shared tweet by changing the font size, background, and more.

Another option added to the app allows users to set a delay time before tweets are actually published. This delay can be anywhere from five seconds to one minute, and it acts as a button to “Undo Tweets.” That way, if you wrote something wrong or regret that tweet, you’ll still have some time before everyone can see it.

With new widgets, Aviary 2 users can see the latest tweets directly from the iPhone and iPad home screen. Aviary 2 also adds powerful filters based on words, hashtags, users, Twitter apps and clients, media, quoted content, retweets, and more. And on the iPad, users can add multiple columns to the app if they want to.

There’s even a feature that shows a specific tweet in a Picture-in-Picture (PiP) window that floats over other apps, so you can keep an eye on that tweet while you’re doing something else. Aviary 2 also supports Twitter hashflags, Siri Shortcuts, biometric lock, polls, lists, trends, hidden replies, dark mode, custom icons, Safari extension, and push notifications.

Aviary 2 is now available on the App Store. Buying the app lets you use it on all your Apple devices through your iCloud account.