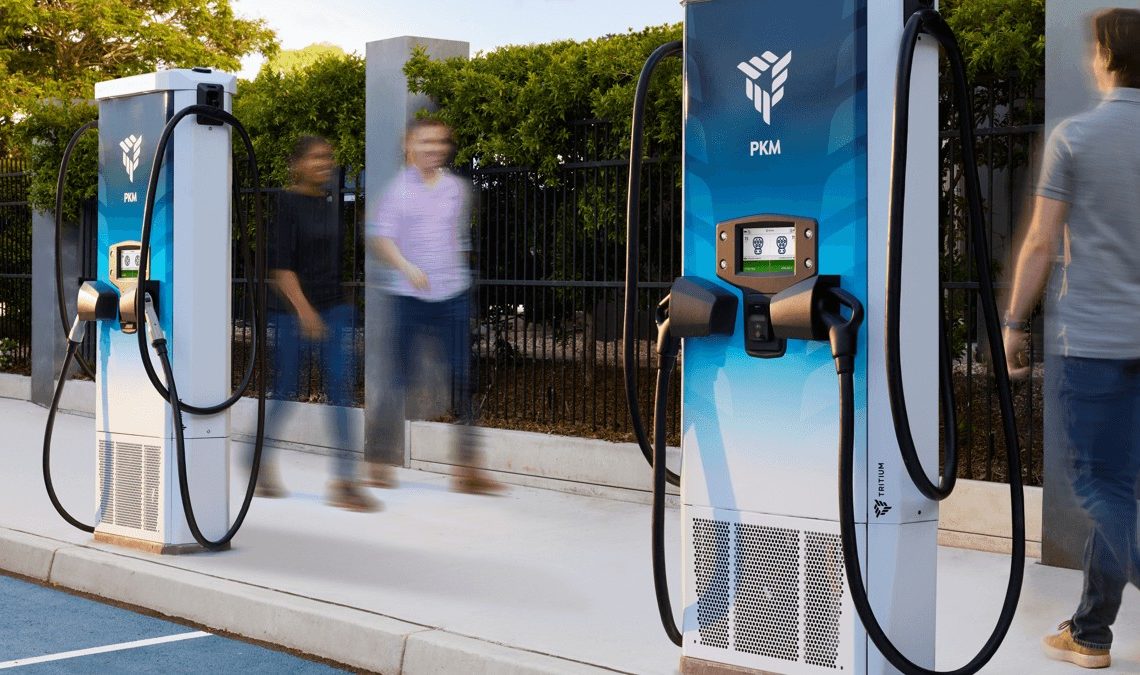 October 28 update: We asked Tritium’s reps what the rollout plan and timescale is for this coast-to-coast EV charging network, and those folks helpfully connected us with Nathan Bowen, the president of DC-America. Nathan explained this morning via email:

In regards to the Tritium Partnership, DC-America has executed a major investment to facilitate our ability to provide DC fast charging stations. We have pre-purchased a considerable stocking order of Tritium chargers that we anticipate receiving in the first half of 2023.

We are constructing a single point connection, NEVI-compliant station to alleviate the majority of issues that surround higher-capacity DCFC stations. By eliminating the majority of underground conduits and wiring, we are speeding up deployments by greatly reducing the onsite construction  as well as reducing installation costs.

The rollout plan is, according to the two companies, expected to be compliant with federal Buy America standards and eligible for all 52 state and territories as part of the US Department of Transportation’s National Electric Vehicle Infrastructure Formula Program, which will provide funding to states to strategically deploy EV charging stations. The program is allotted $1 billion a year from 2022 for five years.

According to the US Joint Office of Energy and Transportation, this investment will help build EV chargers across more than 75,000 miles of highway nationwide.

At the end of August, Tritium opened the doors of its new EV charger manufacturing facility in Lebanon, Tennessee – its first production footprint in the US. It’s expected to produce up to 30,000 DC fast chargers per year at peak capacity.

We’re thrilled to partner with an industry innovator on a charging system that’s proudly made in America. We look forward to seeing DC-America stations equipped with Tritium chargers servicing drivers across the country.

In early September, Tritium announced that it raised up to $135 million in new funding to help it work through DC fast charger backorders while boosting production ability.

Great news. Yet another example that the Bipartisan Infrastructure Law is spurring the growth of electrification and domestic manufacturing.

The more EV chargers there are, the better. Now … when are they going to arrive? Being capable of making up to 30,000 DCFC annually is quite a number.